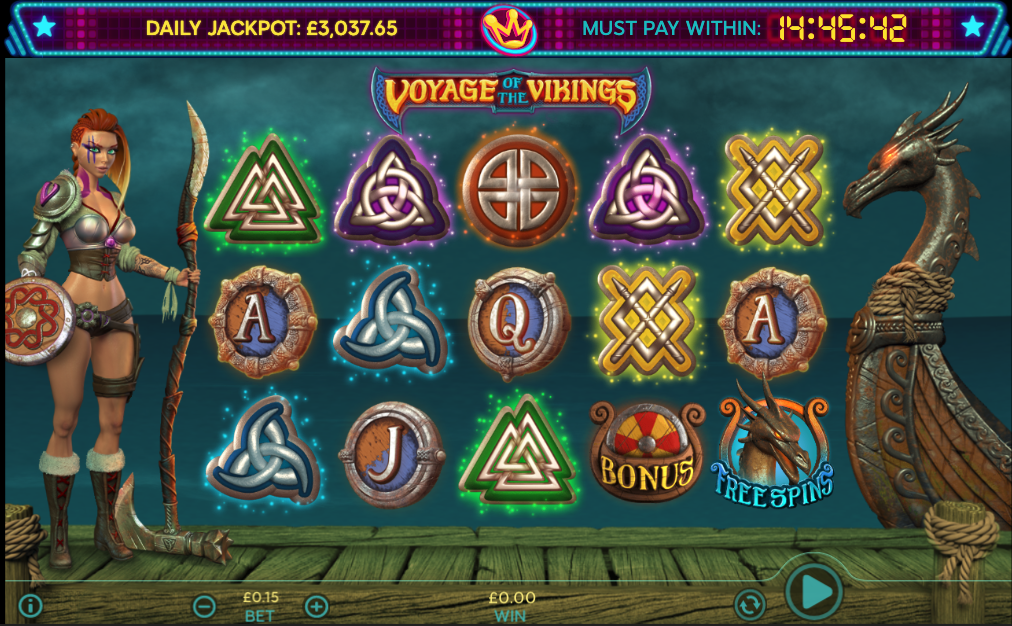 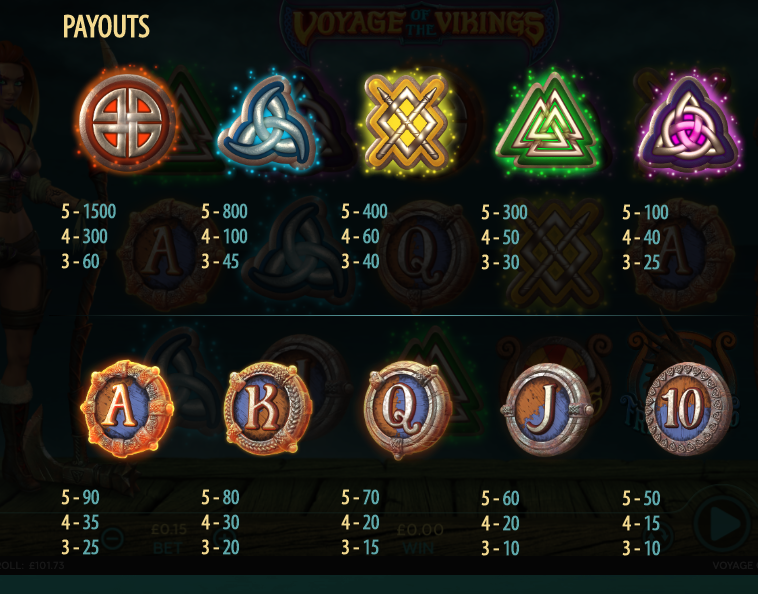 The vikings probably weren’t as violent as tales of invasion and pillage would have us believe but they were certainly seafarers and that’s the theme of this online slot from Random Logic/Section8 Studios – it’s called Voyage of the Vikings and it comes with free spins, a lucrative picking round and a progressive jackpot.

Voyage of the Vikings is a five reel slot with three rows and fifteen fixed paylines; the action all takes place on a wooden pier looking out towards the North Sea where our Viking stands to the left and the longship flotas to the right.

The five higher value symbols are all traditional designs in red, blue, yellow, green and purple while the lower values are ornate discs inscribed with 10, J, Q, K and A.

The hammer is wild and it will replace all standard symbols to help form winning combinations; the dragon’s head on the longship and the Viking shield are the special symbols.

Landing three or more of the dragon’s head anywhere in view will award the following number of free spins:

It’s not possible to trigger any extra spins during this round but any wilds landing will stick to the reels and remain in place until the feature ends.

Voyage of the Vikings Bonus Game

This is triggered by landing three of the Viking shield scatter symbols anywhere on reels two, three and four; you’ll now get to play two picking rounds in which multipliers are the prize – they’ll be multiplied together and applied to your stake for your final payout.

The Daily Jackpot is shown above the reels along with the time left until it must pay out; it’s won randomly on any spin but as the payout time approaches the chances of winning increase (as long as it’s not already been claimed).

Voyage of the Vikings is an excellent addition to the invading hordes of Viking-themed slots – the heaving sea, the floating longship and the animated girl all add to the brooding atmosphere. Chuck in all the features and the progressive jackpot and this is an excellent diversion.