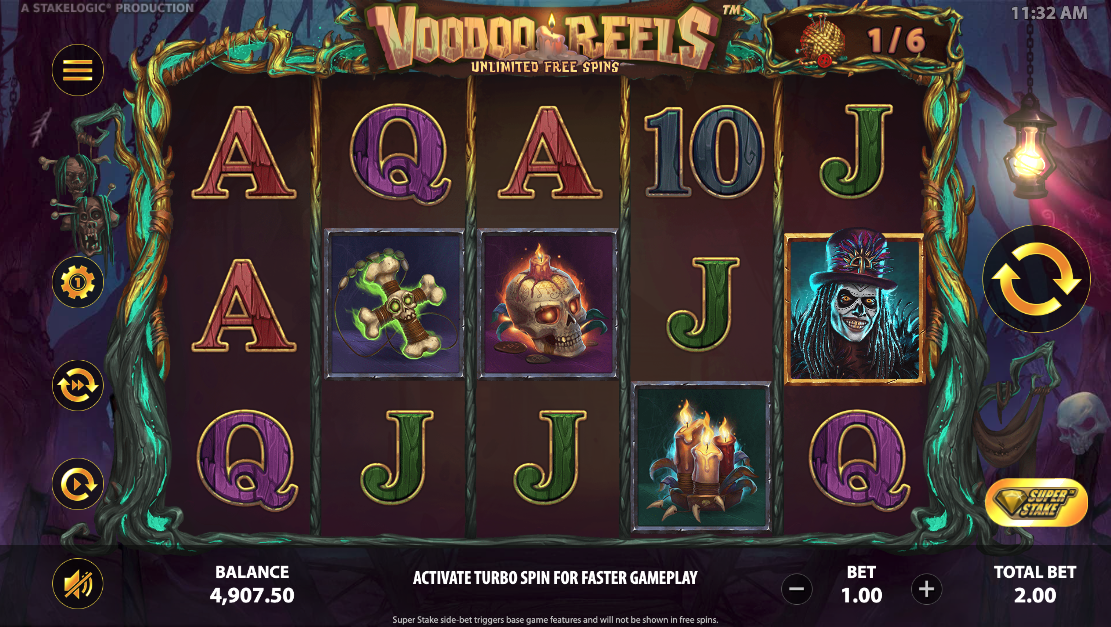 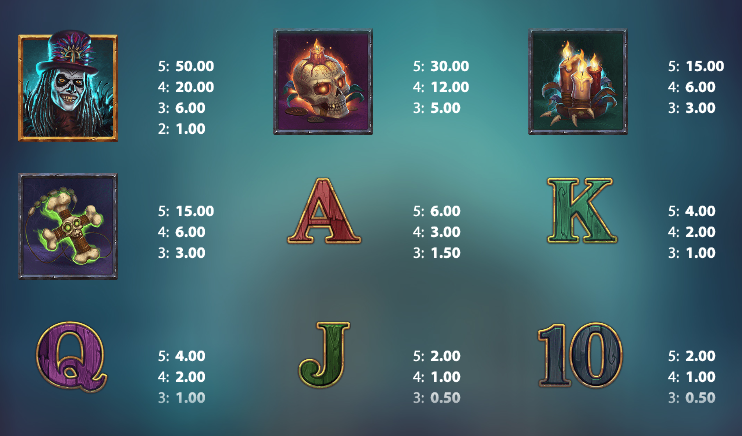 Haitian black magic is the inspiration behind this online slot from Stakelogic and the bonus features in store for intrepid players include free spins, unlimited free spins and the Yarn Ball picking game; this is Voodoo Reels and you can read all about it below.

Voodoo Reels takes place in some murky Louisianan swamp where candle-powered lamps illuminate the scene enough to reveal skulls dotted among the twisted trees; five reels and ten paylines spin above the smoky water of this grim location.

High value symbols include the witch doctor, the glowing skull, the candles and the spooky cross; 10, J, Q, K and A make up the lower values; the voodoo doll with the heart is wild, the one with the pins stuck in is the scatter and there’s also the Yarn Ball bonus symbol.

Landing three, four or five of the voodoo doll scatter symbols anywhere in view will award 6, 8 or 10 free spins respectively; during this round colossal symbols 3×3 positions big will land on reels two, three and four to help out with those wins.

The spins can’t be retriggered but at the end of the round unlimited free spins will begin in which those spins will continue until three voodoo dolls have been collected.

Collecting six yarn balls during the base game will trigger this feature and you’ll be prompted to pick one of the voodoo dolls which appears on screen to which will reveal one of the following mini-games:

This is an option to double the stake for a better chance of hitting wins and triggering the Yarn Ball bonus after a non-winning spin.