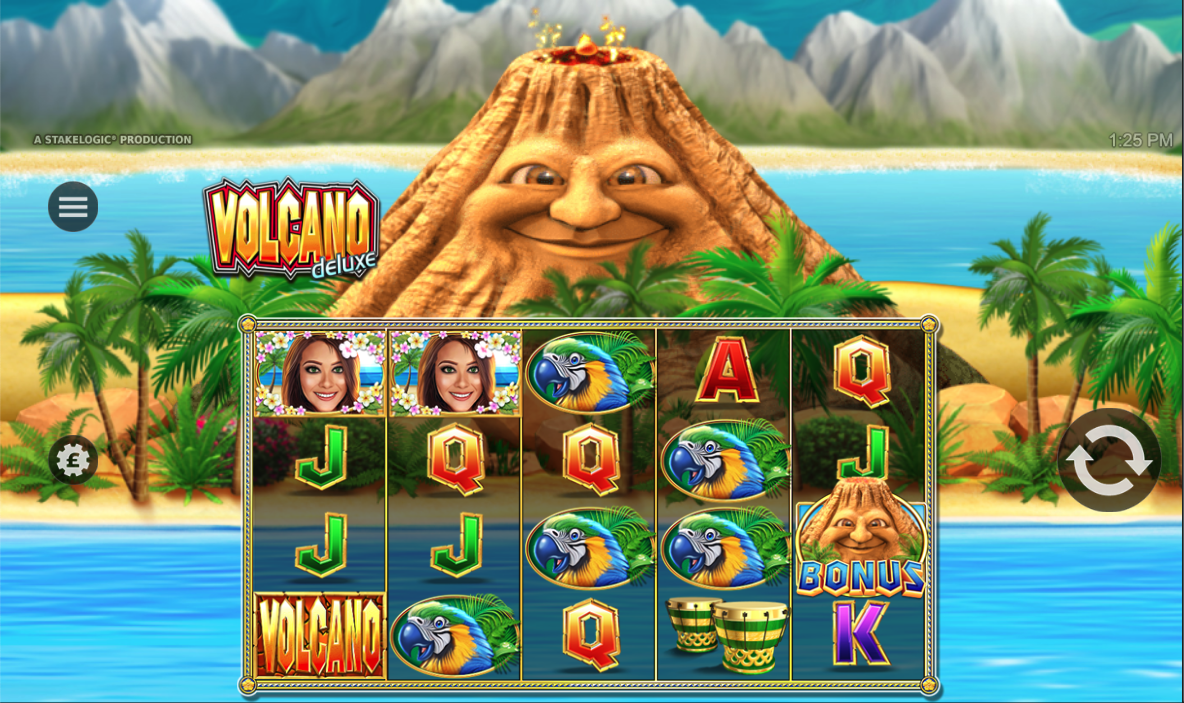 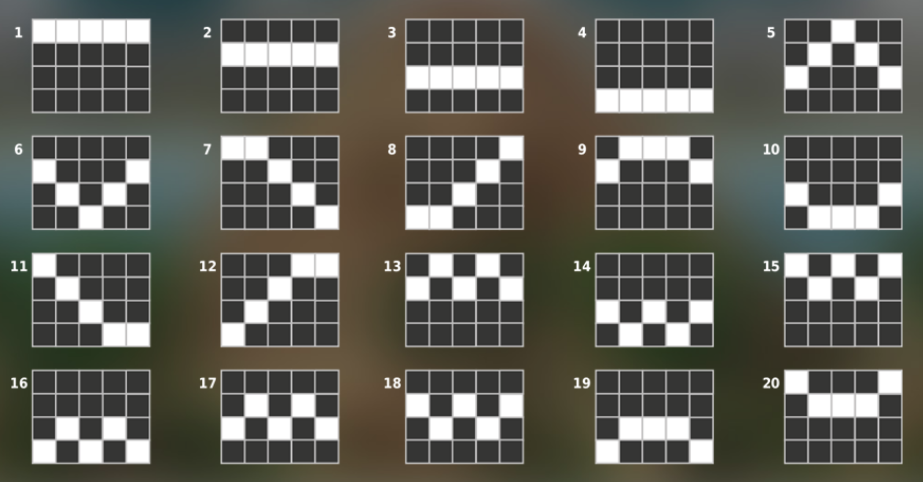 A smiling volcano takes centre stage in this online slot from Stakelogic and somehow that grin doesn’t make things feel less dangerous; Volcano Deluxe is the name of this game and from £0.20 per spin is tempts players with lava-themed base game features and up to twenty free spins in the main bonus.

Volcano Deluxe is a five reel slot with twenty paylines and those reels spin over the sea, safe from the eruptions emitting from the cheerful volcano on the small island behind.

The high value symbols include the games logo, the island girl, the parrot, the coconut, the Tiki mask and the drums; J, Q, K and A represent the lower values. The ‘Wild’ is unsurprisingly wild and the volcano itself is the bonus symbol.

Occasionally at last one fiery boulder will be flung onto the reels, resulting in one of the following:

Landing three volcano bonus symbols on reels one, three and five will award a random number of free spins between eight and twenty; it’s not possible to trigger any more spins from within this feature but the Random Wilds and Super Wilds from the Volcano Features can occur.