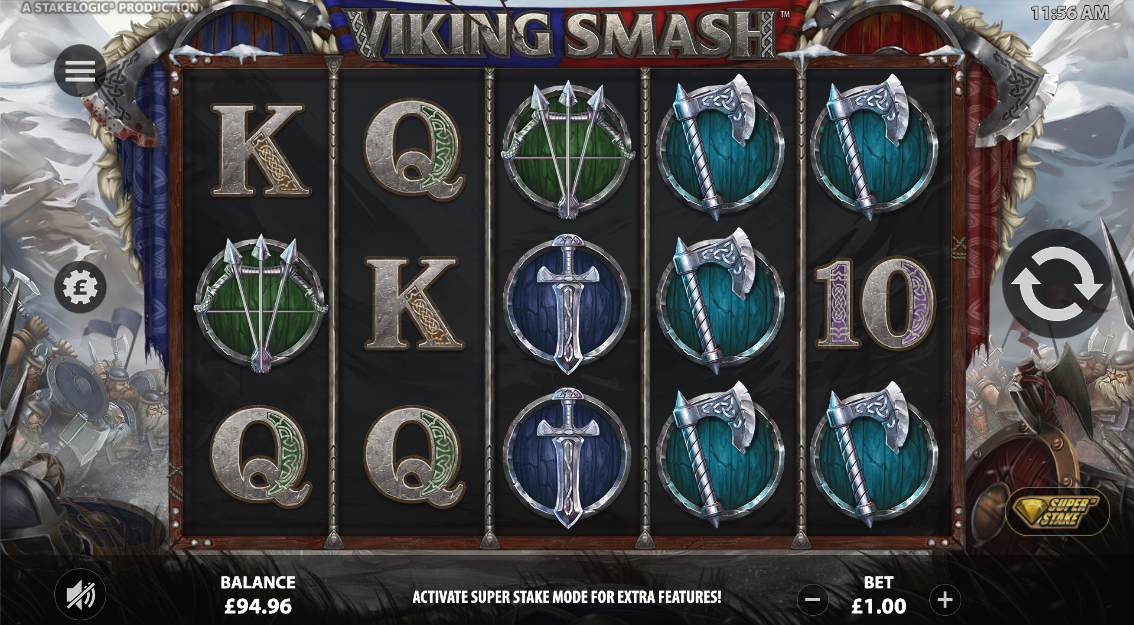 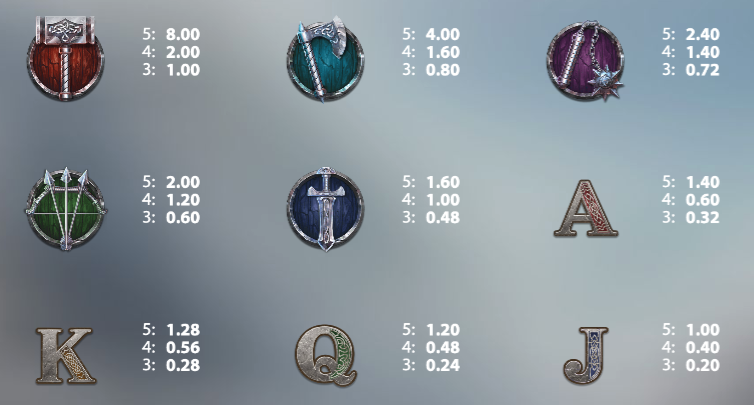 Chilly battles near the Arctic Circle can mean only one thing – the natives are fighting each other in Viking Smash, this online slot from Stakelogic; Walking Wilds, free spins and the Super Stake option add to the battle action between the two Viking tribes.

Viking Smash has five reels and 243 ways to win but wrap up warm because the landscape is a mountainous, snow-covered battlefield in which red and blue-clad warriors face off against each other.

High value symbols of violence include the hammer, the axe, the mace, the sword and the bow and arrow; 10, J, Q, K and A are the lower values. The blue and red-haired vikings are wild.

The red and blue viking wilds face opposing ways and when they land they’ll stay on the reels but move one position in the direction they’re facing with each subsequent respin; respins end when there are no more wilds left on the reels.

Ten free spins are awarded when two opposing wild symbols run into each other on the reels; each time this happens when the spins are underway another four spins are awarded. As with the regular gameplay Walking Wilds will trigger respins so this round can prove lengthy and quite profitable.

Click the Super Stake button to double the bet but introduce the chance to see between two and six wild symbols appear on the reels following a losing spin. According to the developed this feature will hit on average every 56.4 spins.