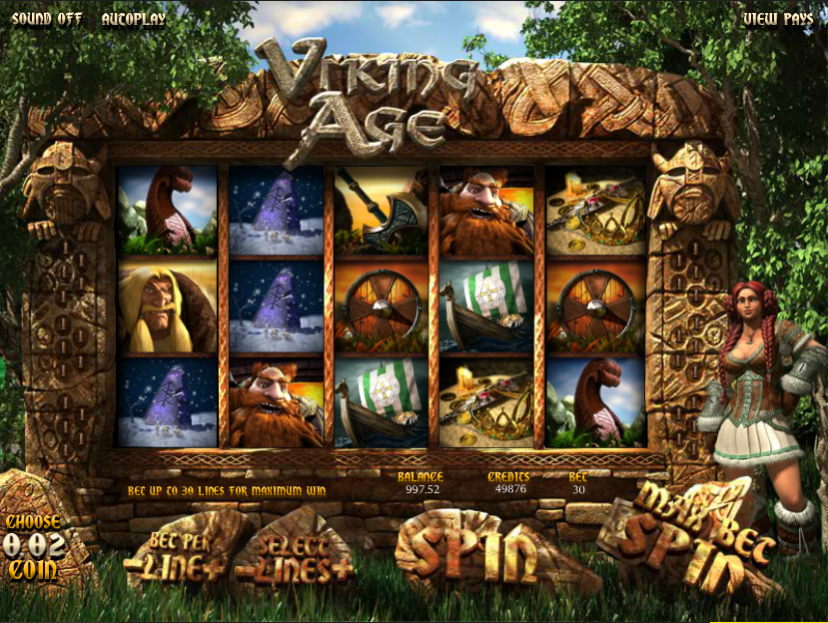 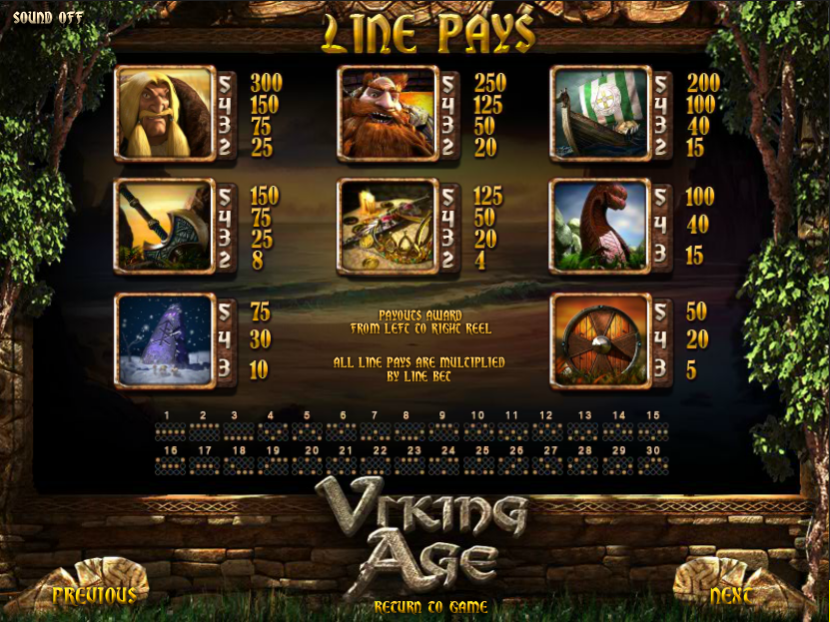 More than a few online slots are set in the Scandinavian countries at the time when Vikings would sail far and wide for a bit of pillaging/harmless fun. Viking Age is another to add to the list and it tells the story of Amma, the female leader of a small bunch of marauders who take numerous deadly perils in their stride.

Viking Age is a five reel slot with three rows and up to forty paylines; the reels spin on a huge and ornate stone structure decorated with various patterns and stylised masks. Amma stands in the bottom right hand corner, yawning occasionally

The symbols are all related to the theme and include Amma’s two unnamed companions, their longboat, a battle-axe, some gold jewellery, a statue, a runestone in the snow and a shield.

There is now wild symbol in this game but bonus icons include the Viking helmet, Amma and an arm wrestle.

This is triggered by landing three or more of the arm-wrestling bonus scatter symbols anywhere in view and once this is done you will be asked to pick one of the two combatants; if your choice wins you will be awarded the larger cash prize.

Trigger this by landing three or more of the Viking helmet scatter symbols anywhere on the reels. Now choose one of the available symbols and you will win one of the following:

This bonus is triggered by landing three or more of the Amma scatter symbols anywhere in view. You will now be taken to a different set of reels, either side of which are two extra reel containing multiplier values. If you can form a winning combo on a payline which has matching multiplier values at either end then that value will be applied to your win.

Viking Age looks as good as one would expect of a Betsoft slot and it adds an element of humour into the proceedings with the imaginative graphics and sound effects. Check it out as soon as you can.