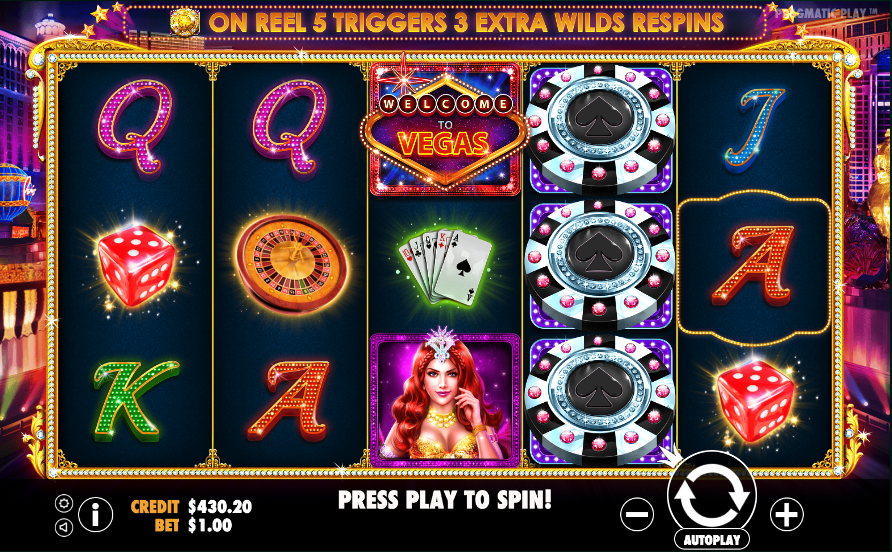 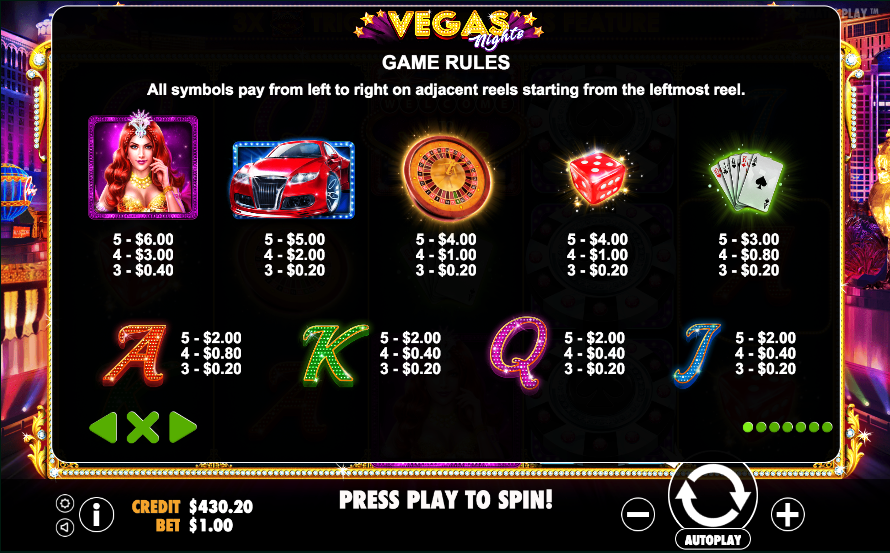 The glitz, glamour and organised crime of Las Vegas are the themes of this online slot machine from Pragmatic Play although perhaps the latter is not entirely true; it’s called Vegas Nights and it offers colour, light and some neon free spins for those taking the virtual trip to this twenty four hour city.

Vegas Nights is a five reel slot with three rows and twenty five fixed paylines; a golden frame inlaid with hundreds of tiny lights borders those reels while in the background the world famous Las Vegas Strip pollutes the night sky with ludicrous amounts of neon.

There are five theme-related symbols and these include the glamourous girl, the posh car, a roulette wheel, a dice and some playing cards; J, Q, K and A make up the lower values.

The black and white casino chip is wild, it appears only on reels two, three, four and five and it will substitute for all others to from winning combinations except for the scatter (the game’s logo) and the ‘Super Wild’ which appears on reel five only and has a feature attached which is explained below.

This is triggered by landing the Super Wild in the centre position on reel five and you will receive three free respins with J, Q, K, A and the scatter symbol replaced by the standard wild.

This is triggered by landing three scatter symbols anywhere on reels two, three and four and you will receive five free spins on a set of reels on which both wild symbols will award a multiplier of 2x or 3x if they are part of a winning combo.

Vegas Nights is full of light, colour and in-your-face bonus features which can offer some potentially big wins for the luckier players; it’s lots of fun and there’s a funky soundtrack to accompany your gameplay.