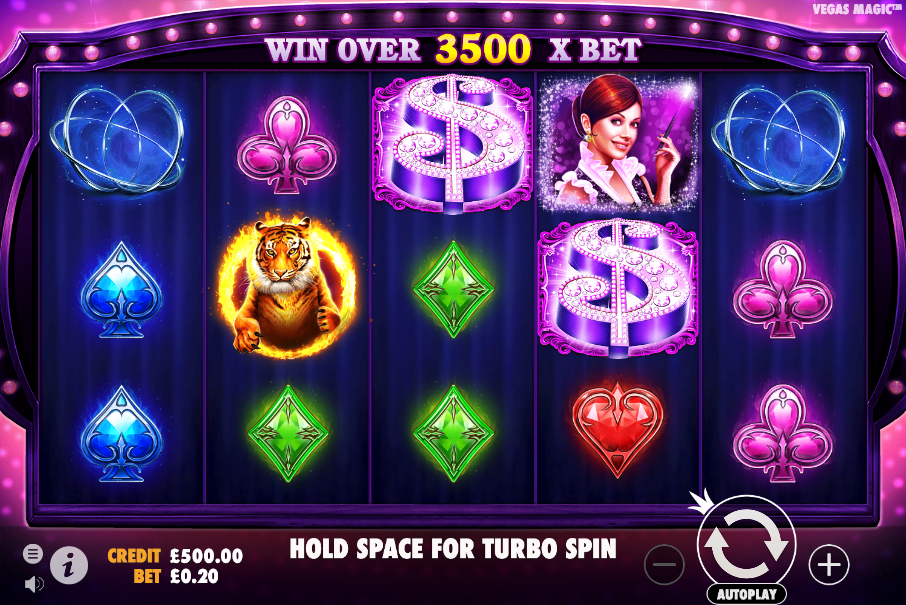 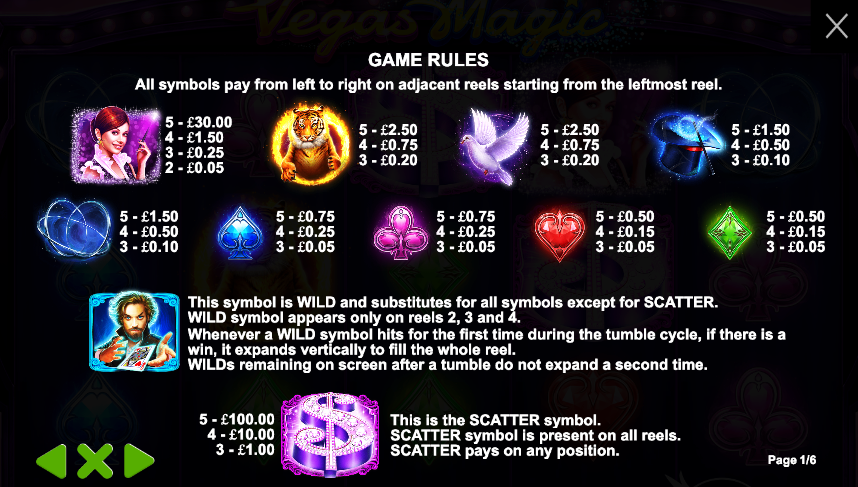 If you’ve grown tired of the blackjack and roulette in Sin City then why not relax at a magic show in the company of Pragmatic Play and their online slot Vegas Magic; it comes with tumbling reels, an unlimited multiplier and a spiky-haired magician.

Vegas Magic is a five reel slot with three rows and twenty fixed paylines; those reels spin on a stage surrounded by pink lights while even more bulbs sparkle in the background to create something very colourful indeed. The background music cranks up the tension as the next dangerous trick approaches.

The high value symbols are all related to the theme and include the glamorous assistant, a tiger jumping through a fiery hoop, a dove, a top hat/wand combo and some silver hoops; playing card symbols in blue, purple, red and green make up the lower values.

The magician himself is wild, he appears on reels two, three and four and he will substitute for all others to help make winning matches except for the purple dollar scatter symbol.

The gameplay in Vegas Magic revolves around the tumbling reels, something we always enjoy; any winning combo will disappear after forming to be replaced by more symbols falling in from above – a new combo can then be formed and this process continues indefinitely until there are no new wins.

The multiplier for any wins starts at 1x but increases by 1x for every subsequent win with no upper limit; the first wild symbol which lands during this feature will expand to fill all positions on its reel.

While some may not consider tumbling reels a real feature we always like to see those wins piling up and the multipliers increasing; chuck in some bright colours and an energetic soundtrack and we think Vegas Magic is one to try.