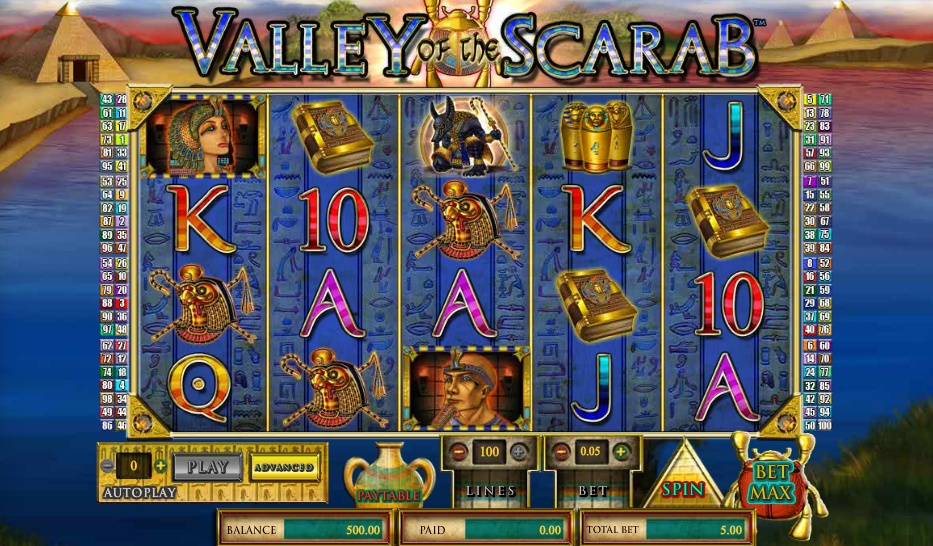 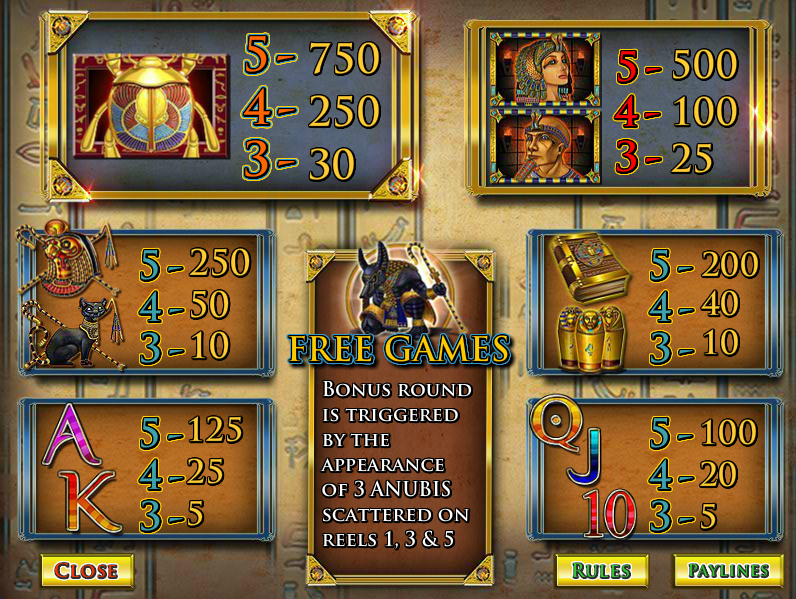 Once again it’s back to Ancient Egypt as we run the rule over this lively online slot; it’s called Valley Of The Scarab, it was originally developed by Cryptologic and it’s now comes under the NextGen Gaming umbrella. There are plenty of Egyptian-themed games around and we’re always on the lookout for something a little different but does this one deliver? Read the full review below to find out.

Valley of the Scarab is a five reel slot with four rows and up to one hundred paylines; unusually for this genre the scene behind the reels shows a large expanse of water but look past that and there’s some familiar pyramids further afield, gold-topped and glinting in the sunlight. We like the soundtrack but couldn’t really say whether it matches the period.

The high value symbols are a range of Egyptian-themed items – the Pharaoh, the queen, some gods symbols, a trio of sarcophagi and an ornate book; lower values are the standard 10, J, Q, K and A.

The scarab beetle is wild, can appear stacked on the reels and will substitute for all others except Anubis – he’s the scatter symbol which activates the main feature. Filling up the reels completely with wild symbols will award an extra 5x multiplier.

This round is triggered by landing three of the Anubis scatter symbols anywhere on reels one, three and five. You will initially receive 7 free spins and the wins from each spin will randomly be awarded a multiplier of between 2x and 8x.

Landing three more Anubis symbols will award 7 more spins up to a maximum of 98.

Valley of the Scarab is a playable-enough addition to the massed ranks of Egyptian-themed online slots but it doesn’t really offer much new or creative to the genre. Give it a go if it takes your fancy – it comes with an RTP of 94.75%.