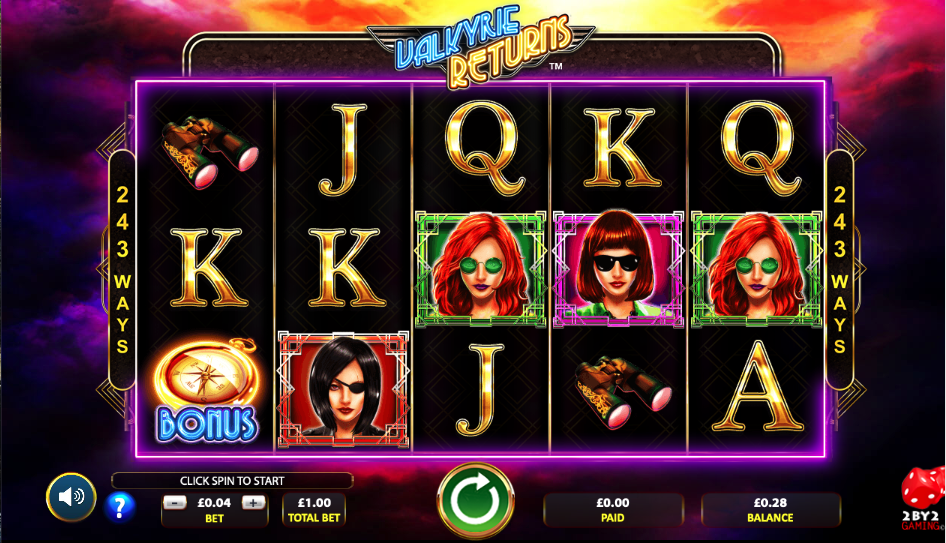 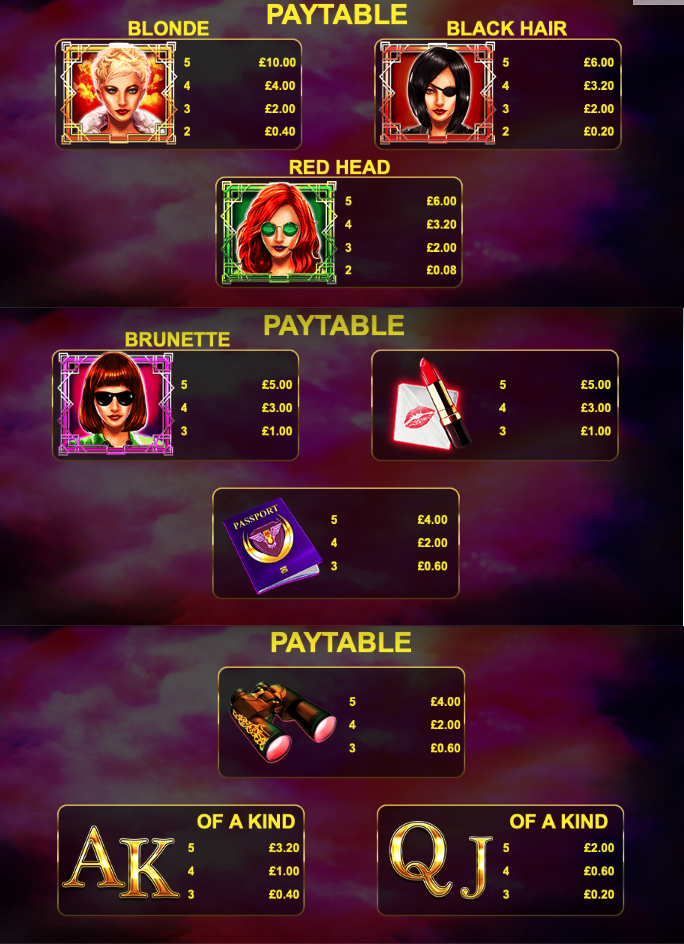 Agent Valkyrie is the secret spy with the multiple identities who we’ve previously encountered in this recent online slot from 2By2 Gaming; Valkyrie Returns sees her rejoin the fight armed with a spectacular selection of wigs and some exciting bonus features.

Valkyrie Returns is a five reel slot with three rows and 243 ways to win; those Art Deco reels float up in the clouds which are illuminated in bright colours by the sun hidden in the background.

Theme-related symbols include Valkyrie in wigs of various colours – blonde, black, red and brunette along with lipstick, a passport and a pair of binoculars; J, Q, K and A make up the lower values.

The stack go gold bars is wild, it appears on reels two, three and four and it will replace everything except for the golden compass scatter.

On any spin these two bonus features may be awarded at random:

Landing three, four or five of the compass scatter symbols will award 10, 15 or 20 free spins respectively; you’ll first be asked to select one of these options which will be active during the spins:

Valkyrie Returns is a fairly triumphant comeback for one of our favourite slots-based secret agents; we always enjoy a base game feature or two and the free spins will certainly be profitable for the more fortunate players.