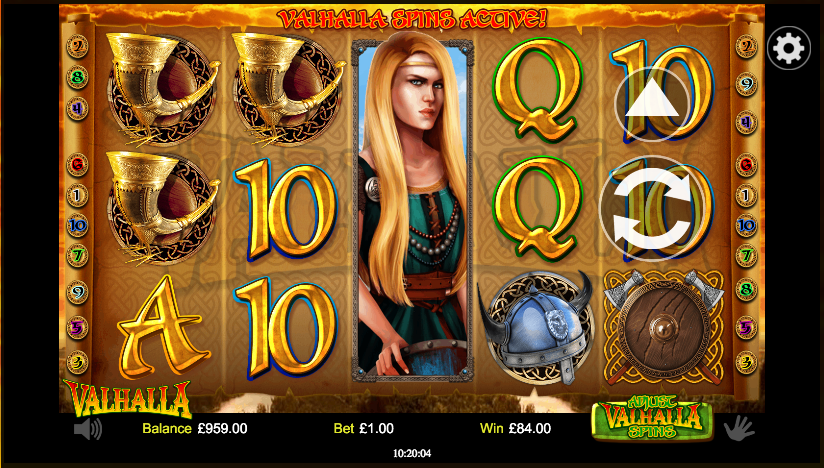 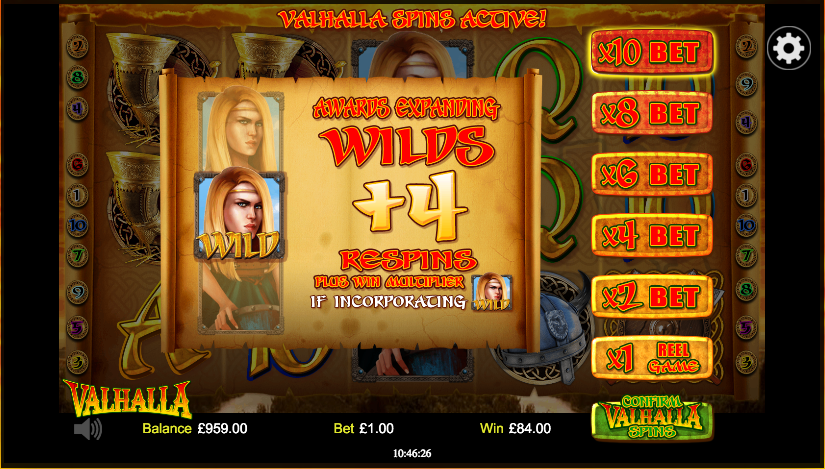 Let’s now take a trip back in time and a bit further to the chilly north to visit our Scandinavian ancestors who are the theme of this Viking-inspired online slot machine from betdigital; it’s called Valhalla which as all players will know is the hall of the gods in Norse mythology.

Valhalla is a five reel slot with three rows and ten fixed paylines although winning combos can be formed anywhere on the reels as long as there are at least three matching symbols. The reels spin on an unrolled parchment with just a glimpse of a setting sun at the top of the screen.

The higher value symbols are related to the theme and include a helmet, a horn, a wooden shield and a Viking longboat; lower values are the standard 10, J, Q, K and A.

The wild symbol is the blonde female warrior, she appears only on reel three and she’ll replace all others to form winning combos.

You don’t have to be too sharp-eyed to notice the ‘Valhalla Spins’ button below the reels and this provides players with the opportunity to increase their bet to buy bigger payouts and extra features:

On all respins the expanding wild will remain in place until they end.

Valhalla is an enjoyable slot with the added bonus of a feature in which you can pick a level to suit your budget; it’s worth a look and comes with an RTP of 94.00%.