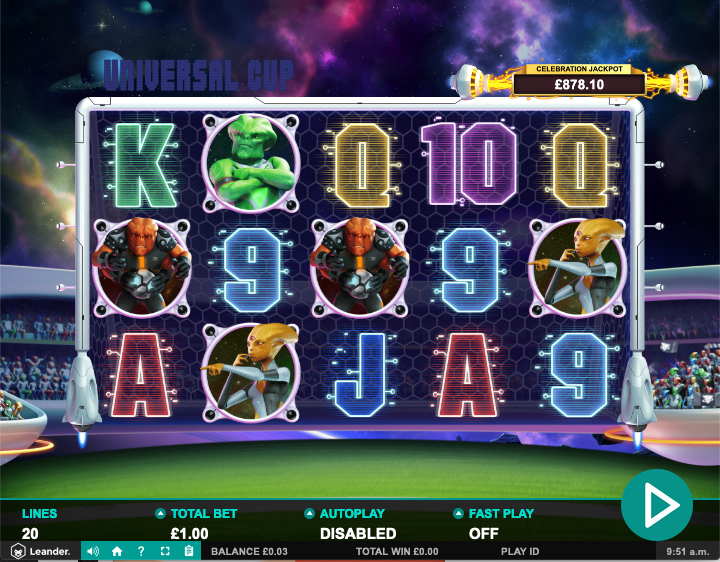 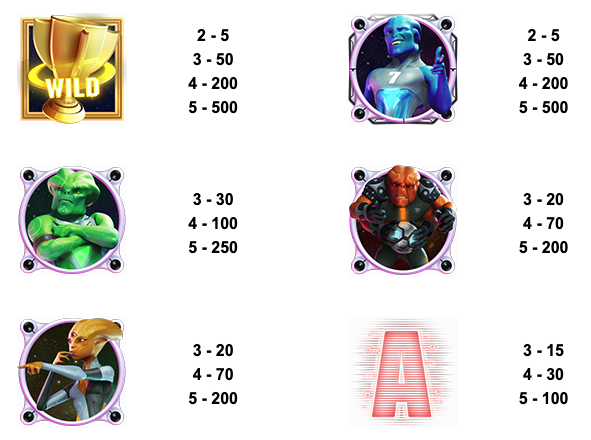 You may follow a team which has won the FA Cup, the Premier League and perhaps even the Champions League but the ultimate footie prize must be the Universal Cup in which teams from around the galaxy compete; that’s the theme of this online slot from Leander Games which comes with free spins and prize picks

Universal Cup is a five reel slot with three rows and twenty fixed paylines; crowd noises and inspirational music create the atmosphere for the gameplay which takes place on reels floating in a stadium under a starry sky.

Three players from various teams plus the referee make up the higher value symbols while 9, 10, J, Q, K and A represent the lower values.

The trophy is wild and it will replace all standard symbol to help form winning matches; the manager and the football are the bonus symbols.

On any spin one of the player symbols will expand to fill the whole reel and become wild.

This is triggered by landing three of the free spin footballs anywhere on reels one, three and five for which you’ll receive seven free spins; the Universal Cup Wilds occur on each spin meaning that a win is guaranteed every time.

Trigger this by landing three of the manager bonus symbols anywhere on reels two, three and four and you’ll now get to play a picking game in which you must keep selecting managers until one or more of the prize meters on the left hand side are full up.

Universal Cup is a slot which takes football to a galactic level and offers us three separate but intertwined bonus features to enjoy; if you’ve had enough of Earth-based footie slots then this is the one to try.