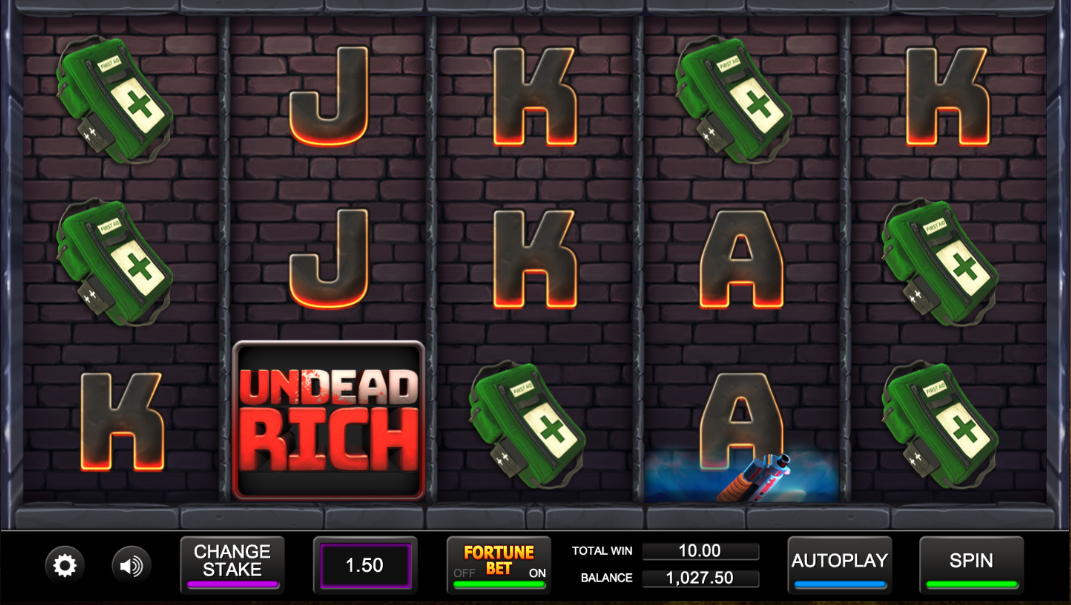 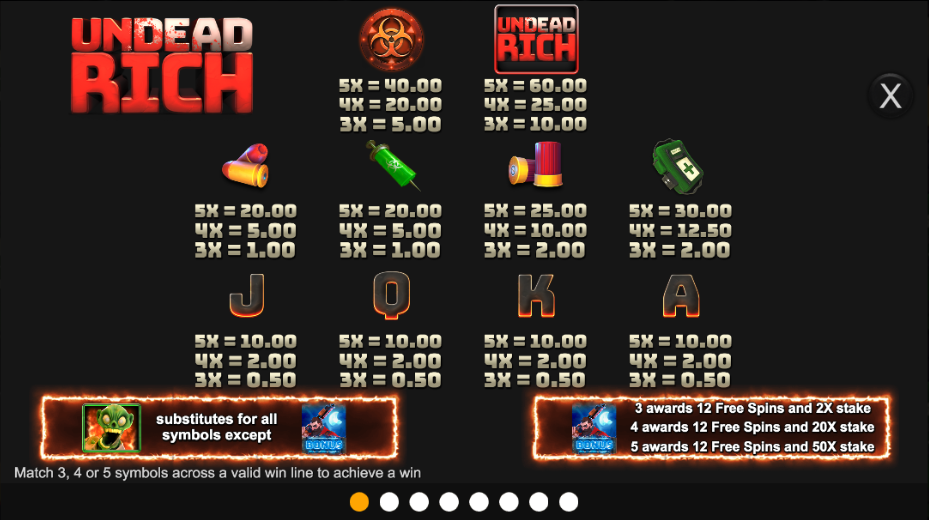 Zombies are such an integral part of contemporary culture that it’s sometimes difficult to believe they don’t actually exist; we’ve reviewed a number of online slots with this theme in the past but here’s one more to check out – it’s called Undead Rich, it’s developed by Inspired Gaming and you can read all about it below.

Undead Rich is a five reel slot with three rows and ten fixed paylines; there’s a gloomy, austere atmosphere to this game with a brick wall forming the backdrop to the reels and a soundtrack which cranks up the tension as you progress.

The high value symbols include the biohazard sign, the game’s logo, some bullets, a syringe, shell casings and a first aid kit; J, Q, K and A make up the lower values.

The green zombie is appropriately wild, he appears only on reels two, three and four and he will substitute for all others to help form winning combinations except for the tooled-up bonus symbol. The wild will expand to fill all positions on his reel whenever he lands.

For an extra 50% on top of your total stake you press the Fortune Bet button below the reels and double the height of the bonus symbol, making it easier to trigger the free spins.

This is triggered by landing three, four or five of the bonus symbols anywhere in view for which you will receive twelve free spins which can be retriggered.

During this round you want to see wild symbols because one, two or three in view will award one, three or five extra spins; in addition the more wilds which land during this round, the more symbols will be upgraded into higher value ones.

Undead Rich is a slot which manages to be both fun and gloomy at the same time and that’s a difficult trick to pull off; the graphics are almost three dimensional and the soundtrack keeps everything very tense. It’s not too tricky to trigger to trigger the free spins, especially using the Fortune Bet and there’s an RTP of exactly 95.00%.