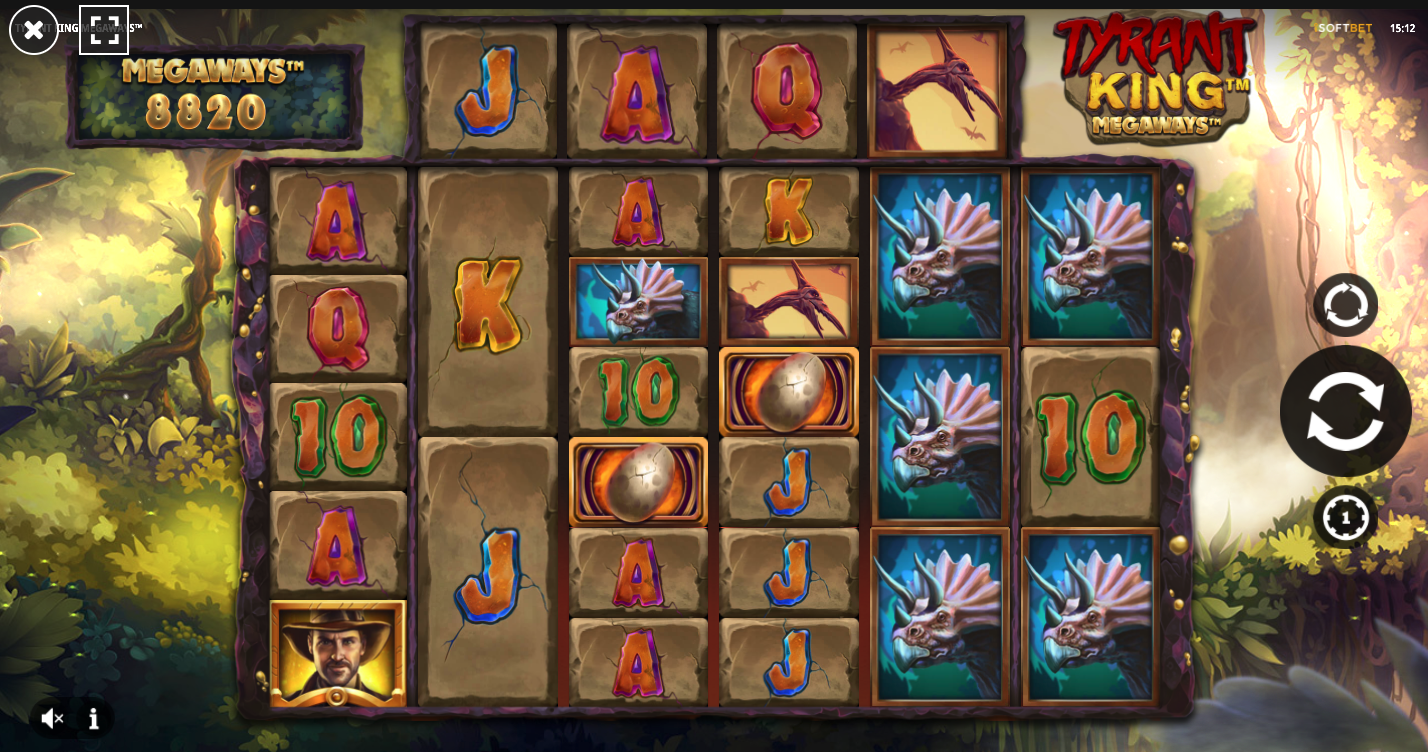 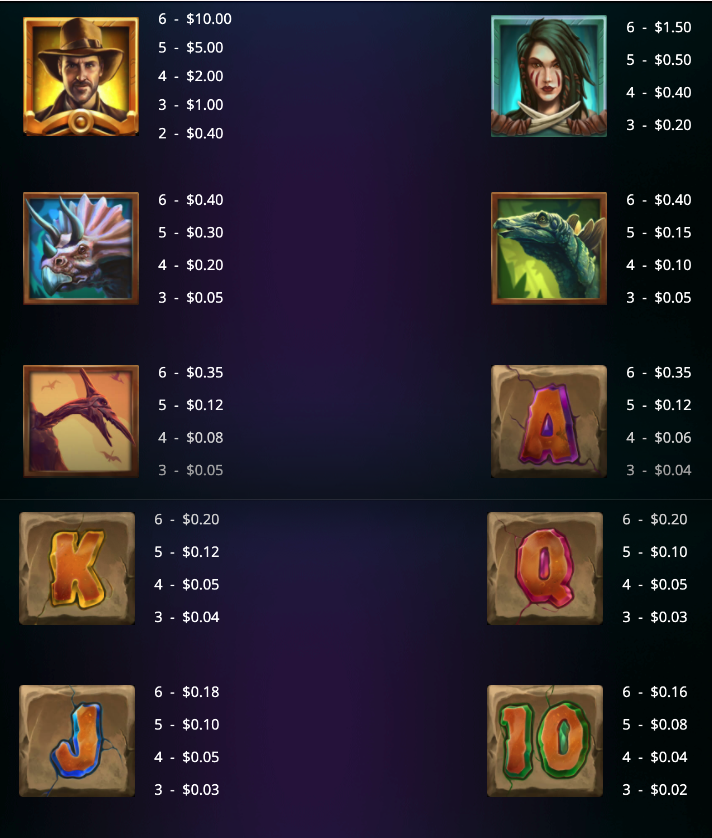 Despite what the fossil records might say we can still dream that there were periods of history when humans and dinosaurs walked the Earth together; Tyrant King Megaways is an online slot from iSoftBet which takes us to some mysterious land in the present day where this is still the case and in which there are are cascading reels, respins and free spins to be won.

Tyrant King Megaways is a six reel slot with up to six rows and a possible 117,649 ways to win (Megaways) with maximum rows on all reels; there’s also the horizontal reel at the top which contributes to the fun. Smaller dinosaurs scamper around in the jungle behind, lit by sunshine breaking through the canopy.

High value symbols include the explorer, the tribal girl, the triceratops, the pterodactyl and a dinosaur we can’t identify; 10, J, Q, K and A make up the lower values. The T-rex is wild and the dinosaur egg is the scatter symbol.

Always a favourite with us, any symbols in a winning combo will disappear and be replaced by more falling in from above – more combos can then be formed to continue the process.

Landing least four wild symbols on reels two to five will activate this feature, locking those wilds in place and awarding three respins on a set of reels with only blanks and wilds. Any new wilds landing will also lock and reset the number of spins to three. When the spins are exhausted all the original symbols will return and the wild-enhanced payouts will be made.

This is triggered by landing at least four of the dinosaur egg scatter symbols anywhere on reels two, three, four or five; ten free spins will be yours and each successful cascade will increase the in multiplier by 1x for the next spin. Any extra eggs anding will award one extra spin.