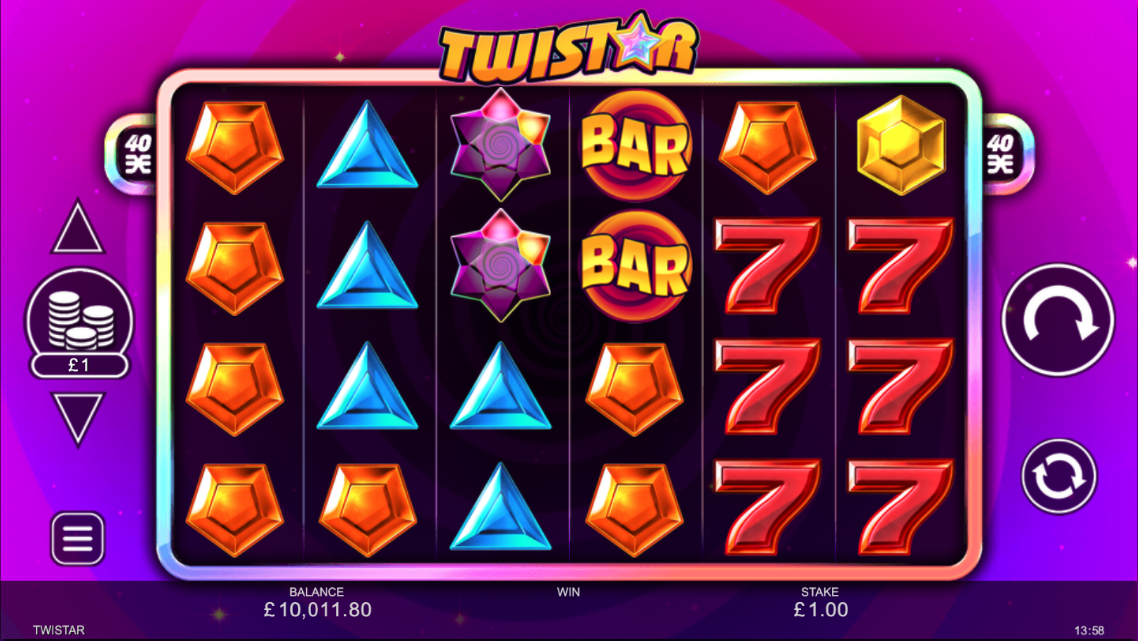 Gems and other familiar symbols fill the reels in this online slot from Inspired Gaming – it’s called Twistar and from £0.20 per spin it tempts players with a clever Mystery Symbol feature along with twisting and expanding wilds.

Twistar is a six reel slot with four rows and forty fixed paylines; the design is simple but not unattractive with a brushed, multicolour frame around those reels and a relaxing soundtrack.

All the symbols are related to theme and include gems in gold, orange, blue, red and green along with red sevens and Bars; the glowing star is wild and the star with the segments is the Mystery Symbol.

Mystery symbols can land anywhere on reels two, three, four or five and the number that land will equal the number of segments lit on each one; if all six segments are lit (i.e. there are at least six in view) then they’ll all change into a matching symbol and hopefully create a nice win.

Anytime a wild symbol lands on reels four, five or six it will expand to fill the whole reel and award a respin; during that spin the stack will move to the left hand side of the reels (reel six to one, reel five to two and reel four to three). Up to nine respins can be awarded if wilds keep landing and more than one stack can be present at the same time.

Stacks which move onto another stack will increase the win multiplier for that stack by 1x.