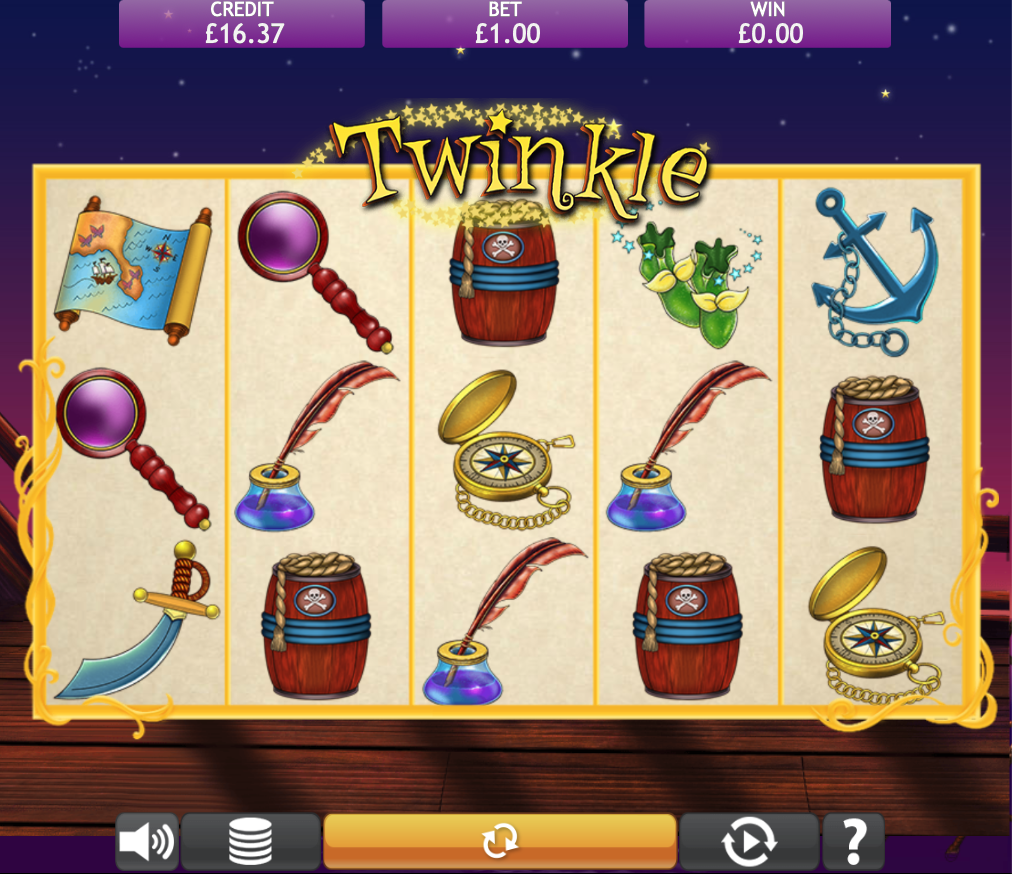 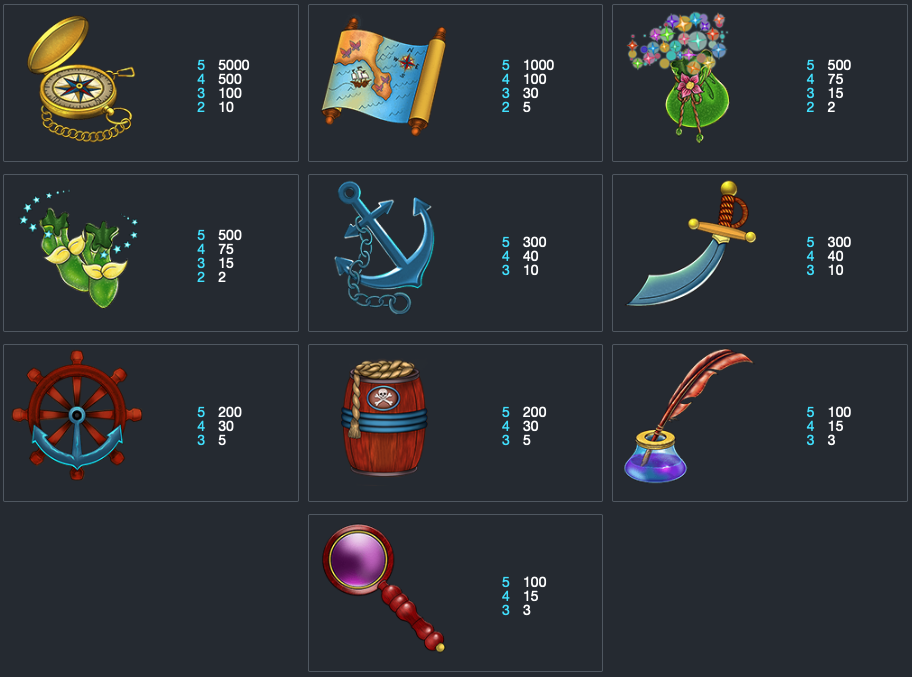 Every now and then we try out an online slot with something of a mystery theme; Twinkle is one such game from Eyecon which seems to feature pirates and fairies – perhaps there’s a Peter Pan link?We don’t really know but we can say that there’s a picking round, free spins and cash wins of up to 5000x.

Twinkle is a five reel slot with three rows and up to twenty five paylines; the pirate ship forms the backdrop to those reels and the decks are lit by the stars in the night sky.

All the symbols are related to the theme and include a compass, a treasure map, the fairy flowers, her boots, an anchor, a cutlass, the ship’s wheel, a barrel of gunpowder, a quill pen and a magnifying glass. Twinkle the fairy is both the wild and a scatter and the green jar thing is the scatter symbol.

Landing three, four or five of the Twinkle wild/scatter symbols will award 15, 20 or 25 free spins respectively and these can be retriggered in the same way up to fifteen times. All prizes are tripled during this feature.

This is activated by landing at least three of the green jars anywhere in view and you’ll now get that number of picks to reveal multiplier prizes of up to 100x each.

Mysterious theme aside we’d like to encounter something a bit different from Eyecon – Twinkle is essentially a copy of various other slots from this developed with a few graphical tweaks and a name change. However if that’s what floats your (pirate) boat then give it a spin.

Twinkle a pirate/fairy-themed video slot from Eyecon with three rows and up to twenty five paylines.

Yes! The picking round and the free spins.

The Return To Player percentage for Twinkle is 95.39%.

How To Win On Twinkle?

Where can I play Twinkle?