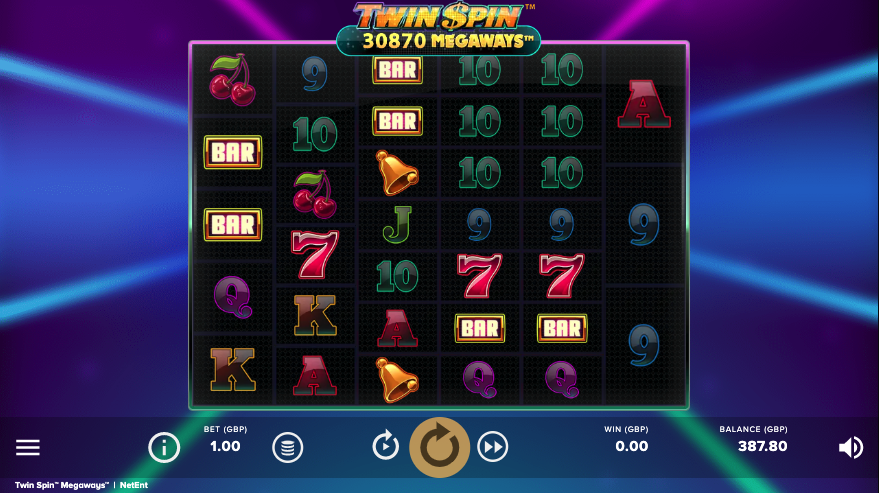 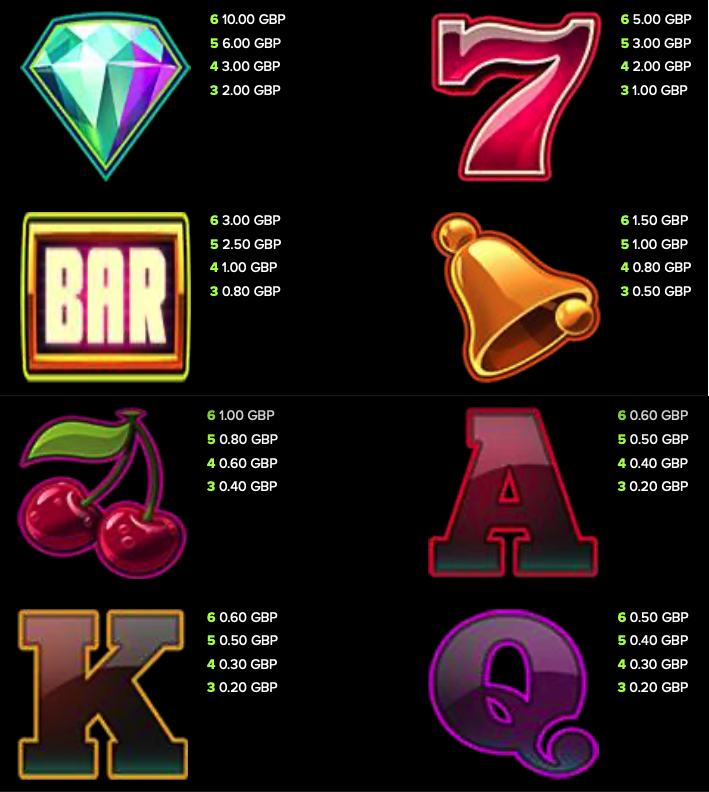 If you’ve previously enjoyed Twin Spin and Twin Spin Deluxe from Net Entertainment you’ll be pleased to hear that there’s a new version with added Megaways, the gameplay mechanic from Big Time Gaming which can produce more than one hundred thousand paylines. It also brings over the Twin Reel feature and adds in the Avalanche for good measure.

Twin Spin Megaways is a six reel slot with up to seven rows and a potential 117,649 ways to win when there are seven rows on each reel; other than that the design is simple and colourful bright lights creating the atmosphere.

The higher value symbols include the diamond, the red seven, the bar, the bell and the cherry; 9, 10, J, Q, K and A represent the lower values; the wild is a big, red ‘Wild’ which appears on reels two to six and the Twin Spin logo is the scatter.

Symbols in any winning combination will disappear and be replaced by more falling in from above – more combos can then be made to continue the winning.

This is what the original slot was all about and at random two or more reels can link together and display the same symbols, hopefully leading to some big wins.

Landing five of the Twin Spin scatter symbols anywhere in view will award fifteen free spins which can be retriggered during this round in the same way; any wilds can come come with a 2x/3x multiplier attached and any Twin Reels will always have the maximum of seven rows.

Twin Spin Megaways is an entertaining combination of the original Twin Spin gameplay and the ever-popular Megaways payline structure; the Avalanche feature ties the whole thing together and there’s no doubt it’s enjoyable stuff.