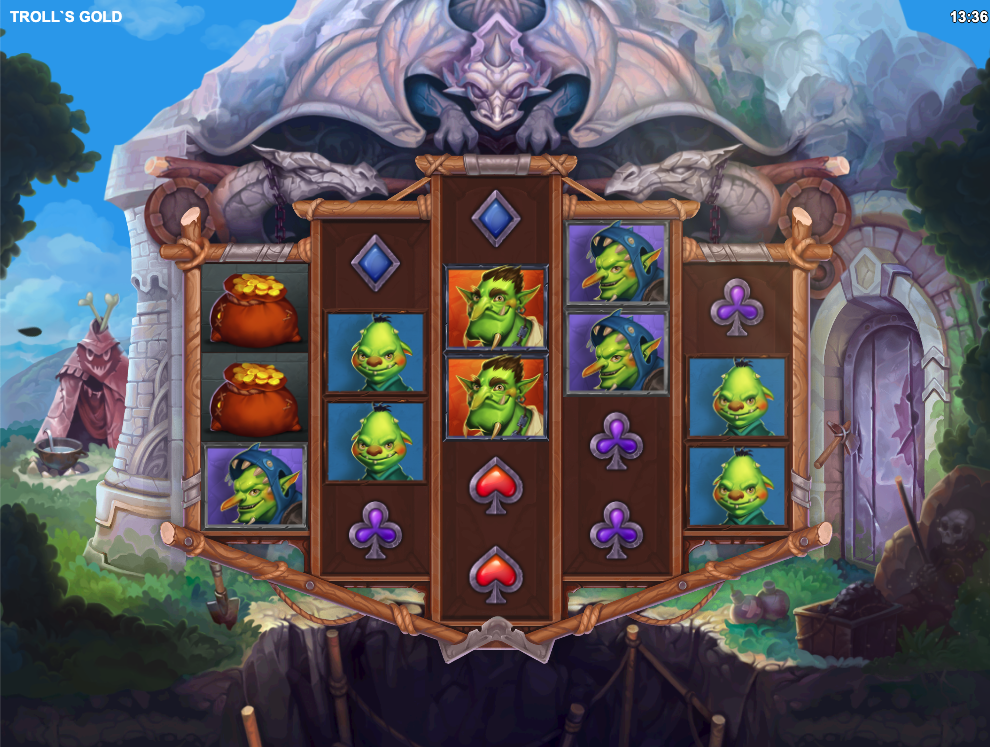 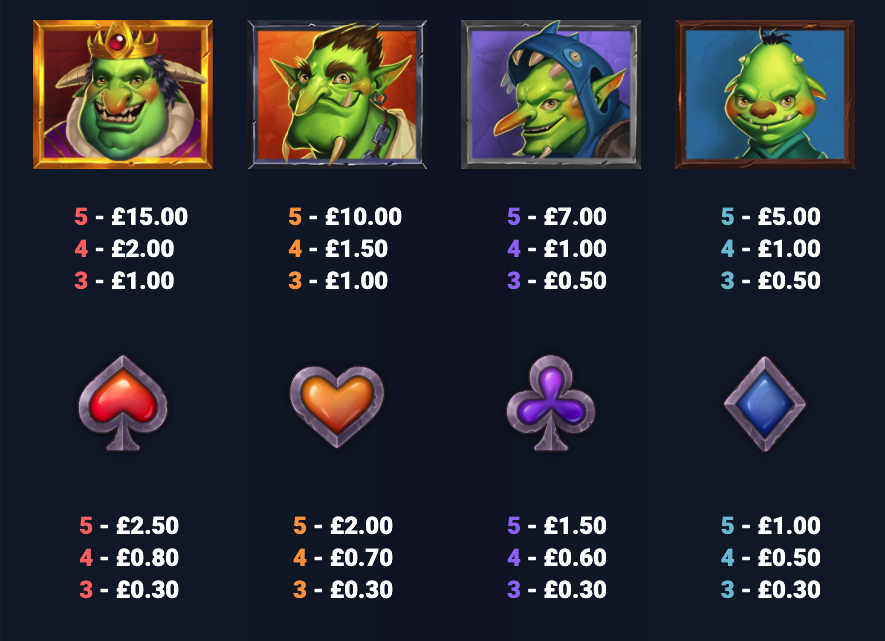 If you’d like the company of some green-skinned trolls for a while then why not try out this online slot from Relax Gaming – it’s about the quest for Troll’s Gold and it tempts players with Lock-In Respins and Treasure Trove Respins.

Troll’s Gold is a five reel slot with variable rows in a 3-4-5-4-3 formation and twenty paylines; those reels spin on the side of a troll house overlooking the entrance to a gold mine.

The troll king and three other green characters represent the higher values while playing card symbols in red, orange, purple and blue make up the lower values; the golden ‘W’ is wild and it will apply a multiplier to any wins it contributes to. There’s also a gold bag special symbol.

This is triggered by landing matching stack of symbols on reel one after which those and any matching ones will lock in place; respins will now continue until no more new matching symbols land, after which any wins will be evaluated. If all positions are filled up a multiplier of between 2x and 10x for the whole win will be awarded.

Landing a stack of gold bags on reel one will activate this feature and during these respins only two symbols are any use:

Both those symbols also lock in place when they land and they contribute towards filling the meter on the right hand side, awarding the following prizes: