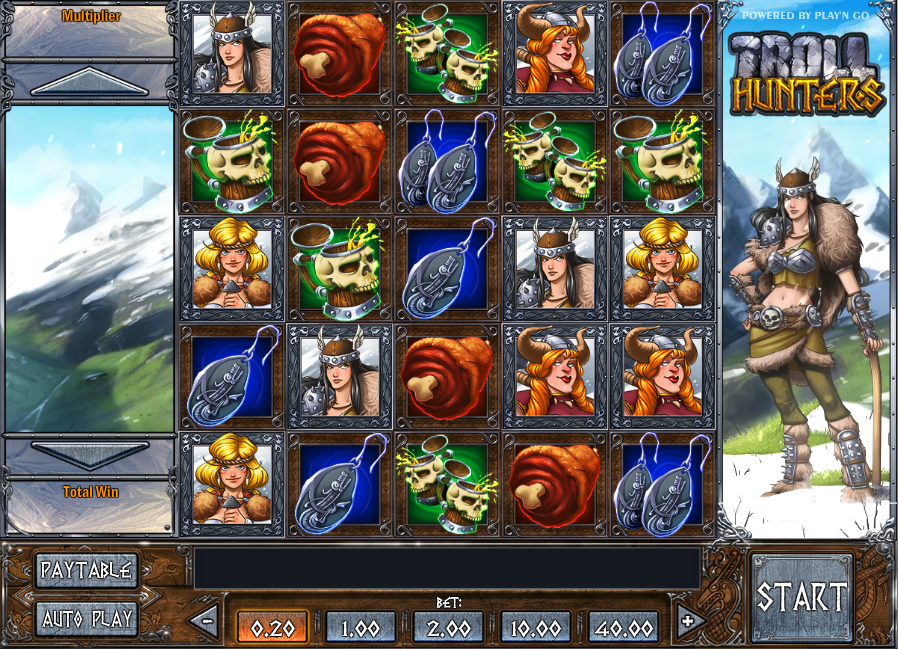 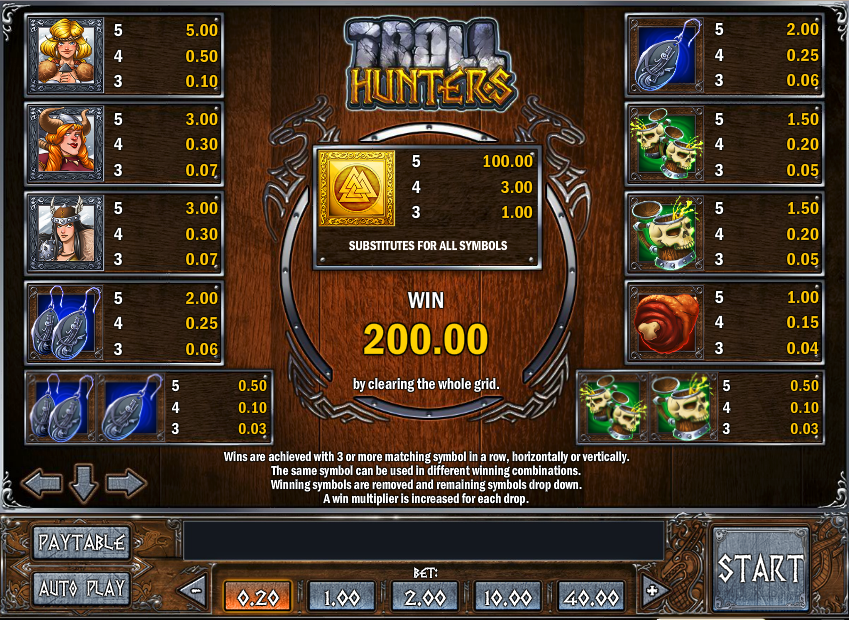 The art of catching trolls is sadly dying out these days but it was once common in Scandinavia to grab your sword, head out of the door and not return until you had the head of a giant creature dragging along the ground in a bag behind you. Or maybe it wasn’t – either way Troll Hunters from Play N Go celebrates these unsung heroes with some great graphics and gameplay.

Troll Hunters is played out on a 5×5 grid symbols under the watchful eye of one of the female troll hunters on the right hand side; it’s a chilly part of the world and behind those reels we can see snow-covered mountains underneath a cold blue sky.

All the symbols are related to theme and include the three troll-hunting girls, silver earrings, skull tankards and lumps of meat.

The gameplay is the thing here and the idea is to make horizontal or vertical matches of at least three symbols; each time you make a match those symbols involved will disappear and a wild will be created in it’s place. New combos can then be formed with more wilds created in the process. Wins are small but plentiful in this manner.

Behind the reels you will sometimes see the words BONUS spelled out vertically; if you can uncover a whole word during the symbol matching/disappearing process then the spins will be triggered.

You will now receive eight free spins on a different set of reels – here every symbol is a scatter and you need at least five for a win; gameplay is more traditional here and there are no disappearing symbols or wilds. Five or more troll symbols will trigger five more spins up to a maximum of twenty.

Troll Hunters is similar in design and gameplay to Cloud Quest but that’s fine because we really liked that game as well; it’s a very high quality, low variance game which should definitely be checked out and it comes with an RTP of 96.73%.