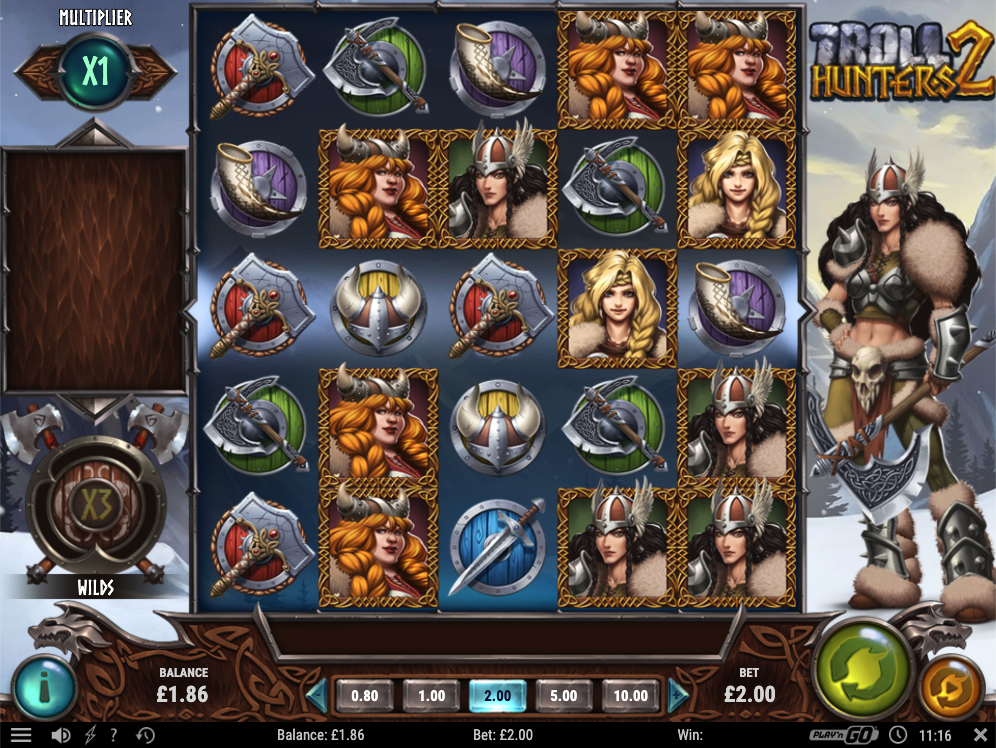 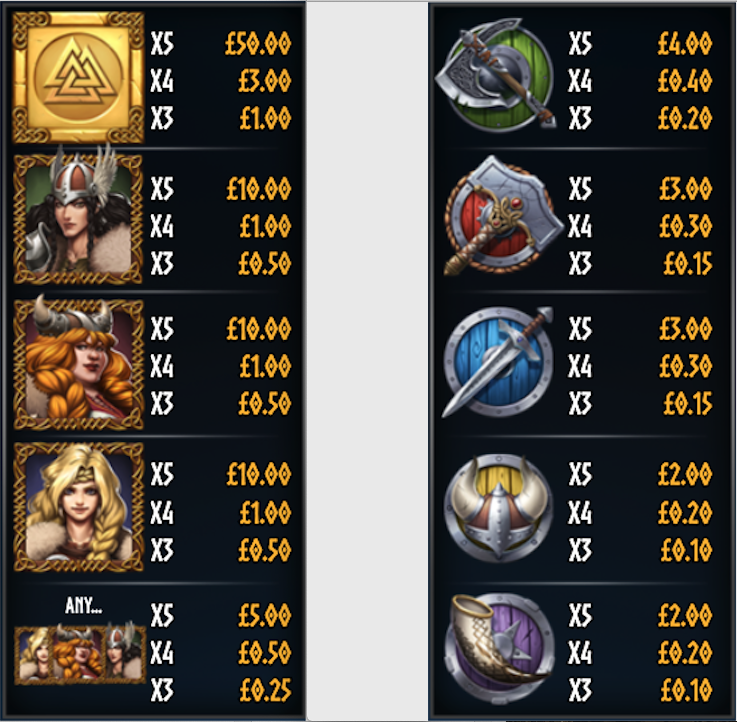 If you’ve previously enjoyed Play N Go’s Troll Hunters online slot machine then this sequel should be right up your fjord – Troll Hunters 2 brings us the same gameplay mechanic with some extra features chucked in so we can continue culling those ancient, rocky beasts.

Troll Hunters 2 plays out on the 5×5 grid you can see above and wins are formed by forming horizontal or vertical lines of at least three matching symbols. Behind those reels there’s a chilly view of Scandinavian mountains with snow drifting down onto the hunter on the right hand side.

All the symbols are related to the theme and include the three hunters from this story who can also create a mixed payline; there’s also an axe, a hammer, a sword, a helmet and a horn. The golden symbol is wild and it will replace all others to help form winning combos.

Whenever a winning combo is formed those symbols are removed from the grid and a wild symbol appears on their place – hopefully this will help create more wins to continue the process.

You will have noticed the axe/shield to the left of the reel set and this is actually a three-segment meter filled by creating winning combos:

If all three segments are filled in one spin then one or two extra wilds will be added to the reels, each with a 2x or 3x multiplier value attached.

Behind the reels on the central row is displayed the word ‘BONUS” and the free spins are triggered if these letters are all uncovered during one spin; you’ll now get to pick between the following free spins options:

During this round the axe/shield meter has five segments fille dup in the same manner as in the base game and once it’s full a Win Spin is triggered; a win spin consists of one spin in which the 2×2 wild troll appear to guarantee a win. The troll may have a 2x or 3x win multiplier depending on your spin selection.

Troll Hunters 2 is a fantastic gaming experience which takes its cue from the original and adds extra features which turn it into a slot not to be missed – definitely recommended!