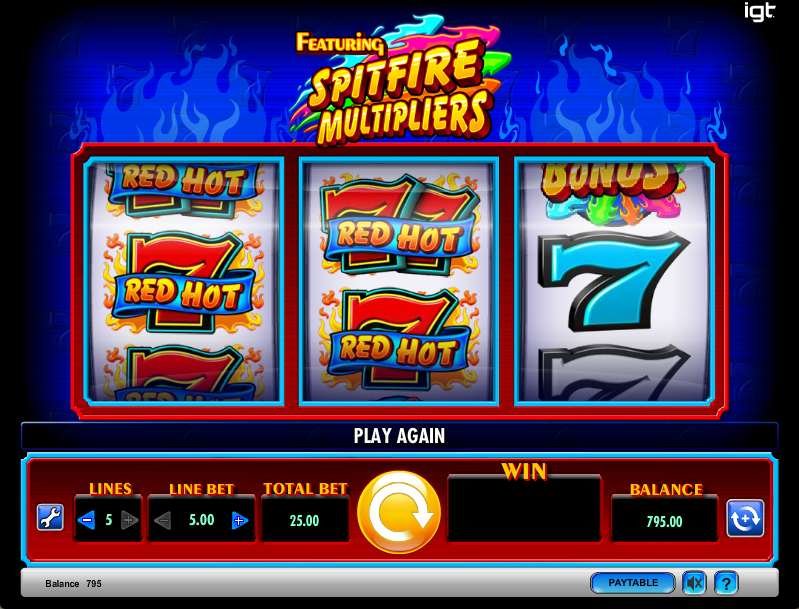 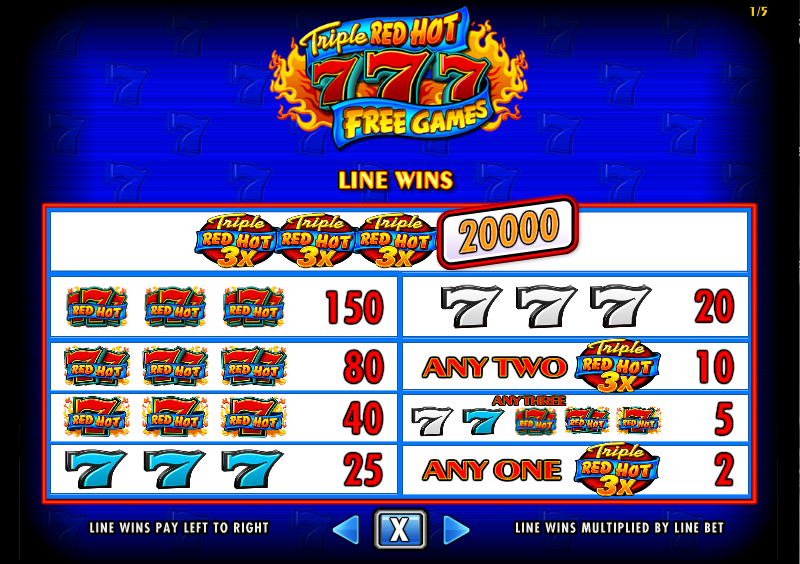 Here’s something to take you back to those days spent spinning the reels in an amusement arcade down by the coast or perhaps you made it into the posher surroundings of an actual casino – either way you’ll enjoy Triple Red Hot 7s, this IGT slot which may have only three reels but it also comes with some funky bonus features.

Triple Red Hot 7s is a three reel slot with two rows and up to five paylines; the design is basic but colourful in a cartoonish way and the reels spin against a backdrop of blue flames and some cheerful music.

The symbols are all about 7s and so we have triple, double and single Red Hot 7s along with blue and white 7s. Any combination of three symbols containing 7s will payout at 5x.

Then there’s the Triple Red Hot 3x symbols which are wild and substitute for all others except the bonus – that’s a big ‘Bonus’ icon. Landing three wilds on an active payline will earn the biggest payout at 20000x your stake and a wild in a winning combo will multiply it by 3x.

This is triggered by landing three of the bonus symbols anywhere on the reels; you will now receive seven free spins which can be increased up to a total of 700 by landing three more bonus icons during this round.

On each spin a Spitfire Multiplier is awarded for any wins and this varies between 2x and 7x. It won’t multiply any wins which only contain the wild symbol.

Triple Red Hot 7s gives you all the excitement and features of a five reel slot in a three reel package and it’s good fun. It’s fast-moving, colourful and to be recommended – it comes with an RTP of 92.01% to 96.13%.