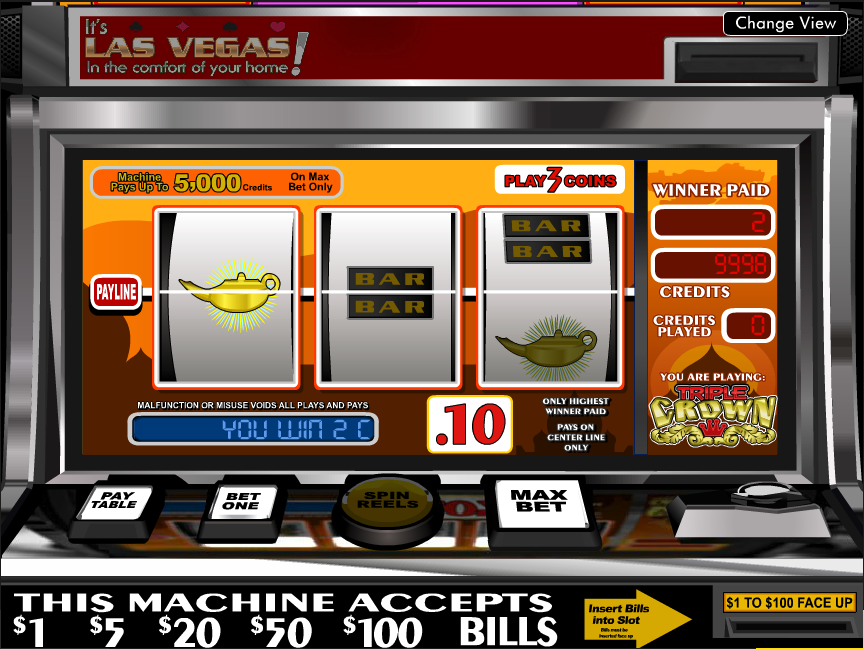 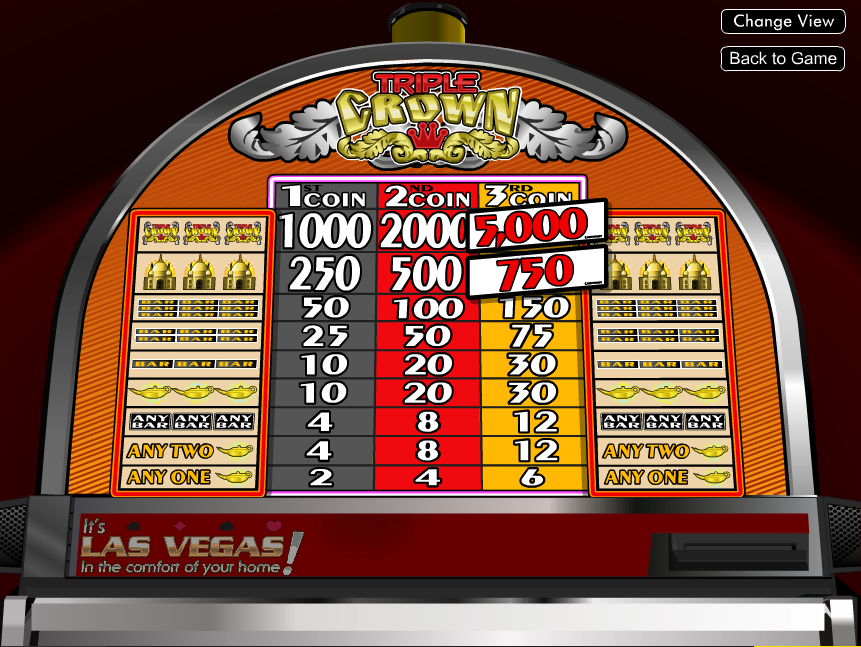 Betsoft are a company who produce some amazing 3D online slots but they are also capable of keeping things simple as demonstrated by this impressive classic version which evokes memories of  one armed bandits and sticky casino carpets – find out all about Triple Crown below.

Triple Crown is a three reel slot with one row and just the single payline; the game is designed to be viewed and played in two ways – a full view of the machine with all buttons and levers and pay tables on show or a close up of the reels for those of us whose eyesight isn’t what it once was. Use the ‘Change View’ button in the top right hand corner to flick between the two options.

There’s a faint Arabian theme to Triple Crown and a couple of the symbols are a temple and a magic lamp, others include single, double and triple bars and the Triple Crown logo – that’s the highest paying and worth 5000x your bet for three on the payline when betting at the three coin level.

There are no wild or special symbols in this game but the magic lamp is a type of scatter which will pay out for one or two anywhere in view.

Get things started by selecting the number of coins to play with (one, two or three) and then just press the ‘Spin’ button – if your budget will allow, play with three coins because the jackpot prize (5000x) is disproportionately bigger then playing with one or two coins (1000x and 2000x respectively).

Triple Crown is a very well designed game which takes us back to the slot machines of an earlier era – give it a go!