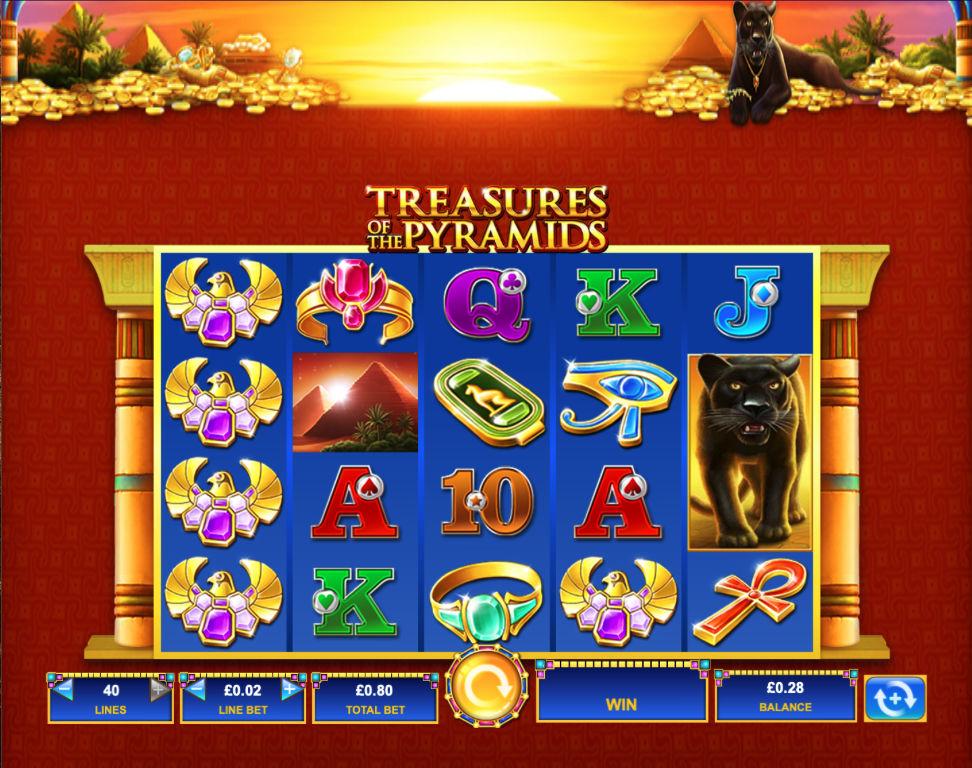 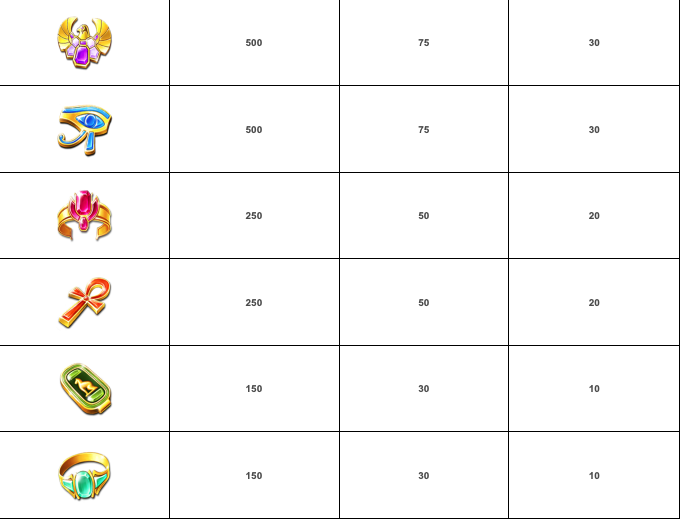 The riches of Ancient Egypt is the prize awaiting those who would like to try out this online slot from IGT – it’s called Treasures of the Pyramids and from £0.01 per spin it lures players with the promise of huge wild wins and plenty of free spins.

Treasures of the Pyramids is a five reel slot with four rows and up to forty paylines; the design is pretty basic with a dark, red backdrop beneath a distant view of pyramids, gold coins and a black panther.

High value symbols include the staff’s head, the Eye of Ra, the ruby ring, the Ankh, the tablet and the jade ring; 10, J, Q, K and A represent the lower values. The panther is wild and it will replace everything except for the pyramid scatter symbol to help form winning combos – it’s also worth a massive 5000x the stake for five on the reels.

Treasures Of The Pyramids Bonus Features

Landing at least three of the pyramid scatter symbols anywhere in view will award the following:

Any wins during this round will be multiplied by 2x (except for five wilds) and more spins can be triggered by landing more scatterer pyramids up to a maximum of 600.

Treasures of the Pyramids is a bit ho hum compared to other slots in this genre and there’s not much to recommend it really; average graphics and a low RTP of 94.18% mean you should probably look elsewhere for your Egyptian jollies.