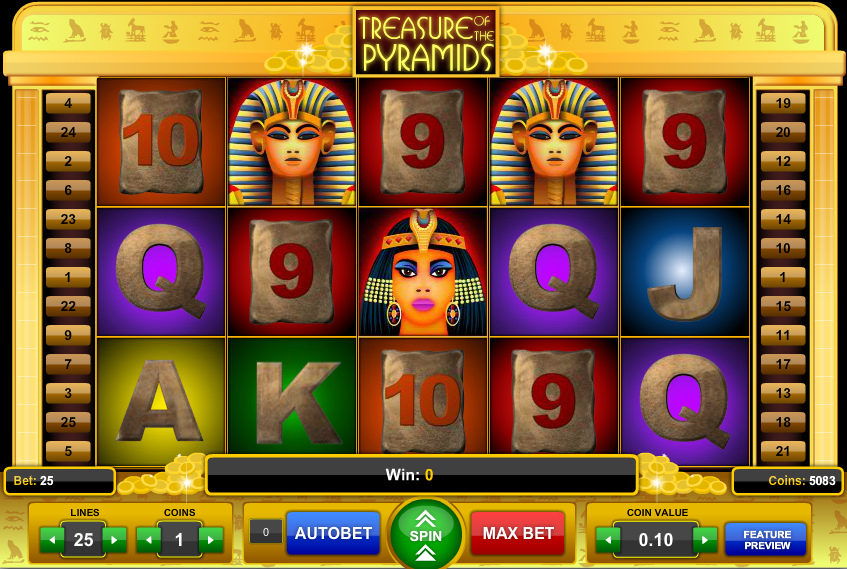 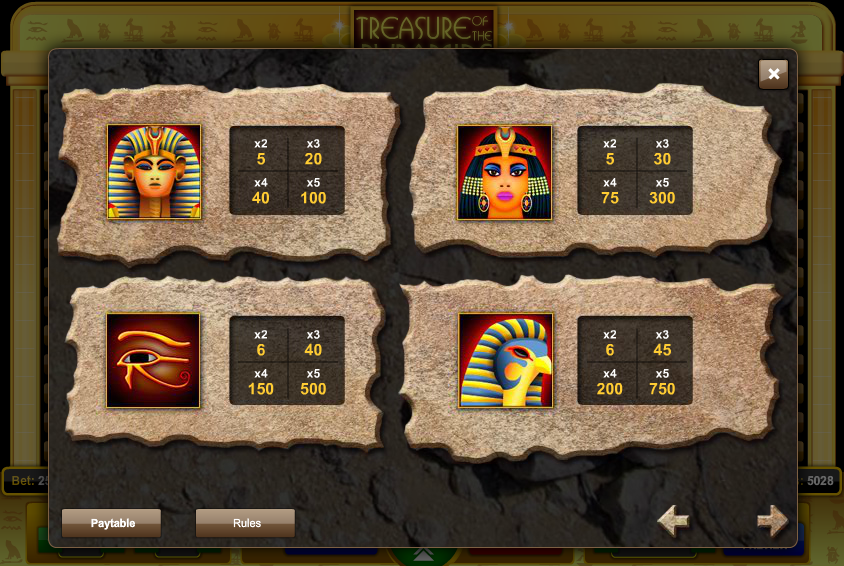 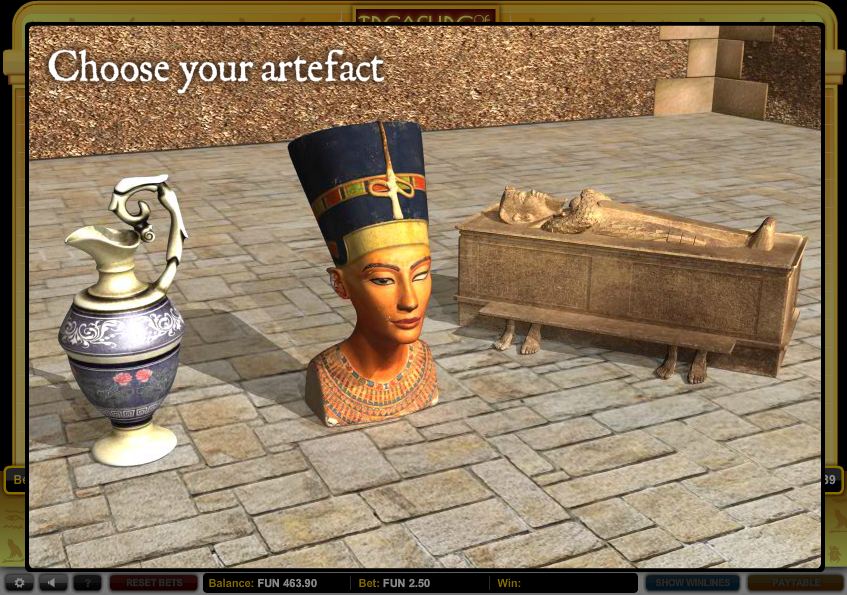 Online slots fans will be well aware that we are never too far away from an Egyptian-themed machine and of course there’s nothing wrong with that as long as the quality is good. Treasure Of The Pyramids is the name of this one and it’s developed by 1×2 Gaming. How does it compare to others of the genre? Read our review to find out.

Treasure Of The Pyramids is a five reel slot with three rows and up to twenty five paylines; the soundtrack is appropriate and unobtrusive and the design of the game will be familiar to fans of the genre with Egyptian hieroglyphics adorning the reels.

The wild symbol is a multicoloured eye which substitutes for everything except the scatter; the scatter/bonus symbols is a scarab beetle which activates the feature.

Landing three or more of the scarab beetle bonus symbols anywhere in view will trigger this feature; landing them on a payline will also earn an extra payout. The more triggering symbols there are, the greater the prizes will be during the mini-game.

You will be taken to a screen displaying three items – a sarcophagus, an urn and a statuette; all you need to do is pick one which will dissolve into a shower of gems, revealing a cash prize. It’s a brief game but one which can be lucrative if you’re lucky.

Treasure Of The Pyramids is not the most engaging of state-of-the-art Egyptian-themed slot we’ve played and the bonus features lack a little creativity. Give it a go if you like the genre though – it has a decent RTP of 96.22%.