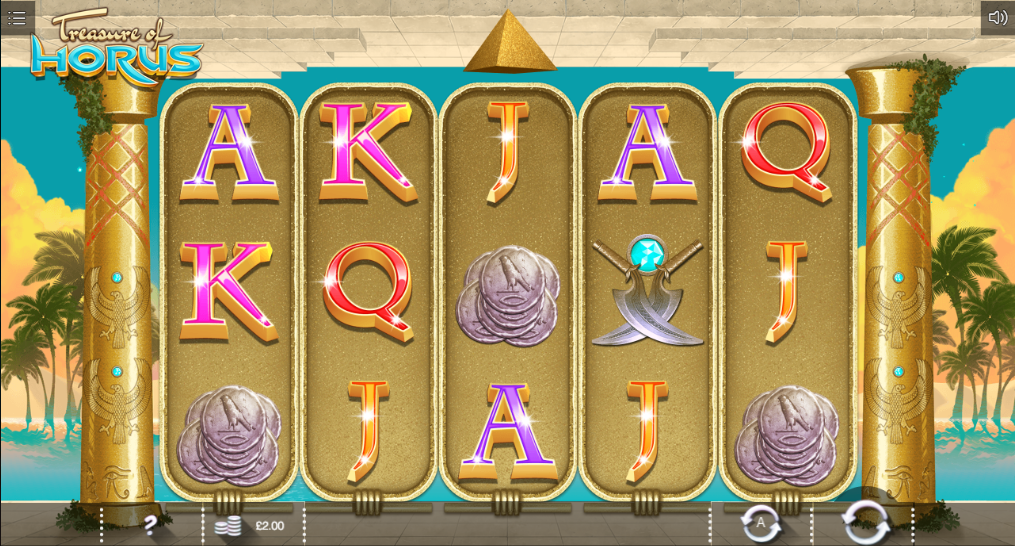 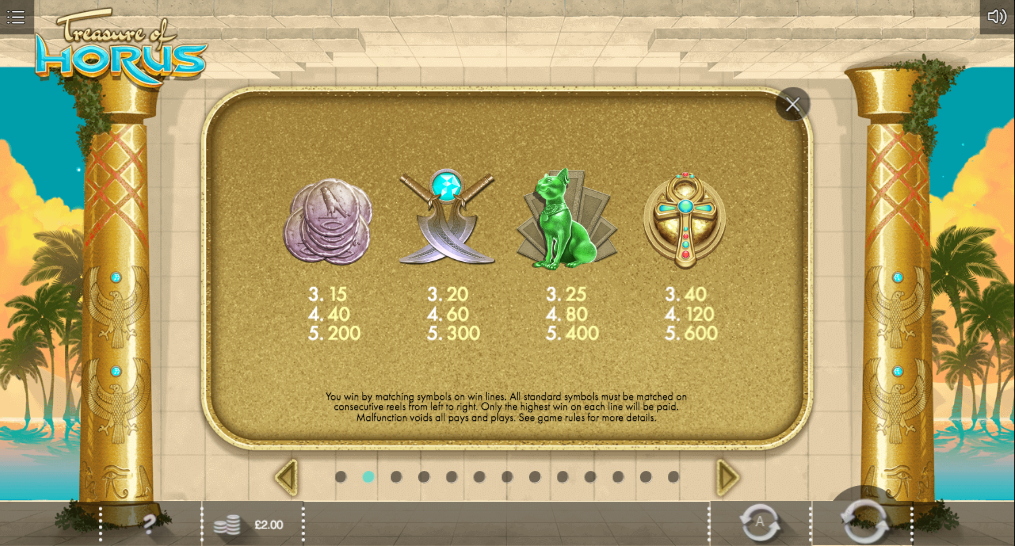 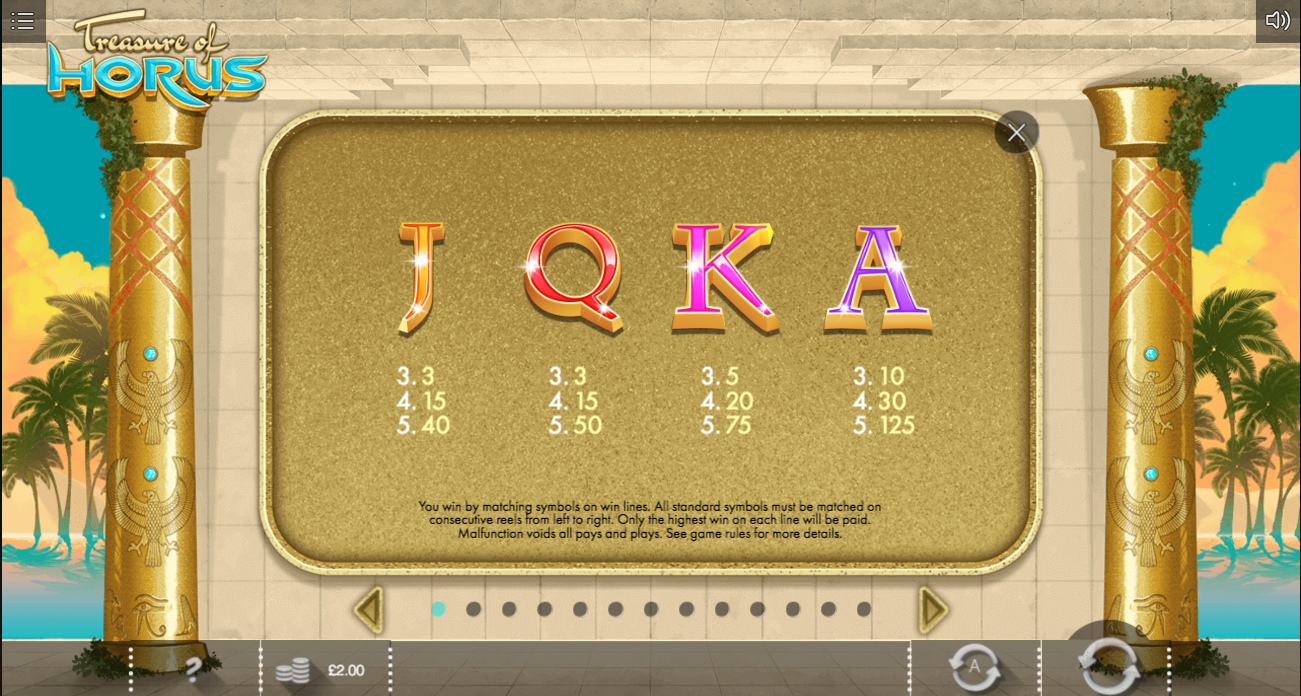 The dusty heat of North Africa is once again our destination as we head to Egypt to check out this online slot from Iron Dog Studio; it’s called Treasure of Horus, it comes with an interesting feature and you can find out how it all works below.

Treasure of Horus is a five reel slot with three rows and twenty fixed paylines; a small, slowly rotating pyramid levitates above the reels which are hemmed in by two decorated pillars while palm trees sway in the warm breeze in the background.

There are four high value symbols including an Ankh, crossed swords, a pile of coins and a statue of Bastet, the cat god; J, Q, K and A represent the lower values.

The wild symbol is a blue scarab which will replace all others to form winning combinations except for the scatter and the free spin icons. Wilds are added to the reels randomly during a spin marked by scarabs flying on and dropping them.

To trigger the this feature a scarab needs to fly on to the reels and drop a Free Spin symbol on to the top position on reel three – this will expand to fill all positions on that reel. You now get to play the following chambers/reel sets in order:

Treasure of Horus offers something a little different in the way it applies wilds and triggers the main feature and that’s quite refreshing; it’s nicely polished in the graphics department and comes with an RTP of 95.93%.