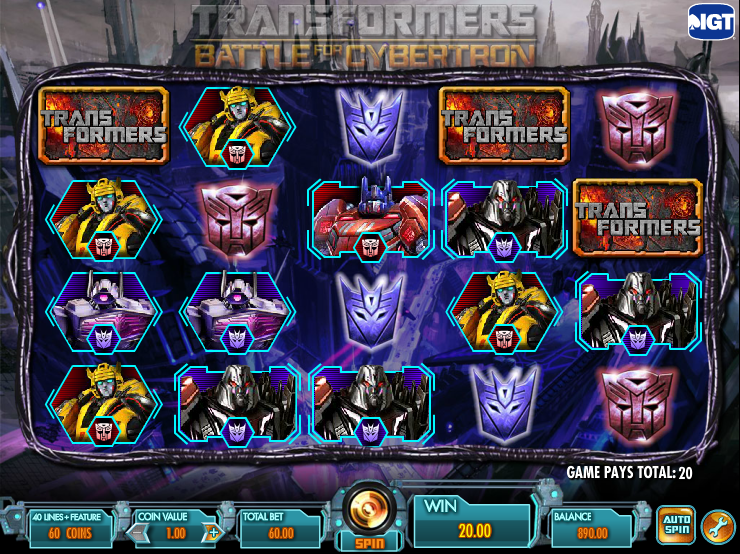 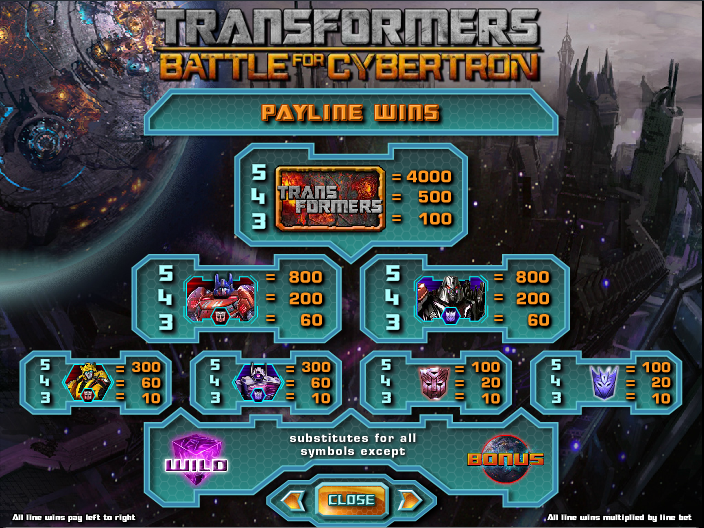 More mature online slots fans will be familiar with the first generation of Transformers toys from the mid-1980s but the franchise has been well and truly invigorated in the past six or seven years with the release of several big budget films which tell the story of the alien robots who can transform themselves into everyday objects.  IGT have now developed Transformers Battle For Cybertron which brings our talented robots to the computer screen.

Transformers has five reels, forty paylines and a whole host of bonus features to complement the basic game; the symbols include a variety of the robots involved (blue Decepticons and red Autobots) and a Transformers logo as the most valuable.  Bonus symbols include the purple cube wild and Cybertron planet scatter bonus.

Always one of our favourites, the Freefall feature means that the symbols involved in a winning payline will mechanically disappear and be replaced by more symbols, opening up the possibility of more combos.  It’s almost as good as getting a free spin!

This is a randomly triggered bonus following a reel spin in which a Transformer will appear on the screen and perform an actin which will hopefully win you some money:

The Cybertron planet bonus symbol is the key to the free spins and landing three anywhere on the reels will start the feature.  You will get to choose the number of spins and multipliers by selecting a robot as follows: 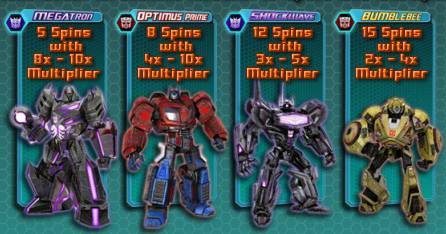 The multiplier will be decided between the given parameters at the beginning of each spin.

You can play this slot without the bonus features for a smaller stake but where’s the fun in that?  Make the most of the game and you won’t regret it – it’s loud, fast-moving, mechanical and exciting and all those extra features make it a brilliant use of your time.