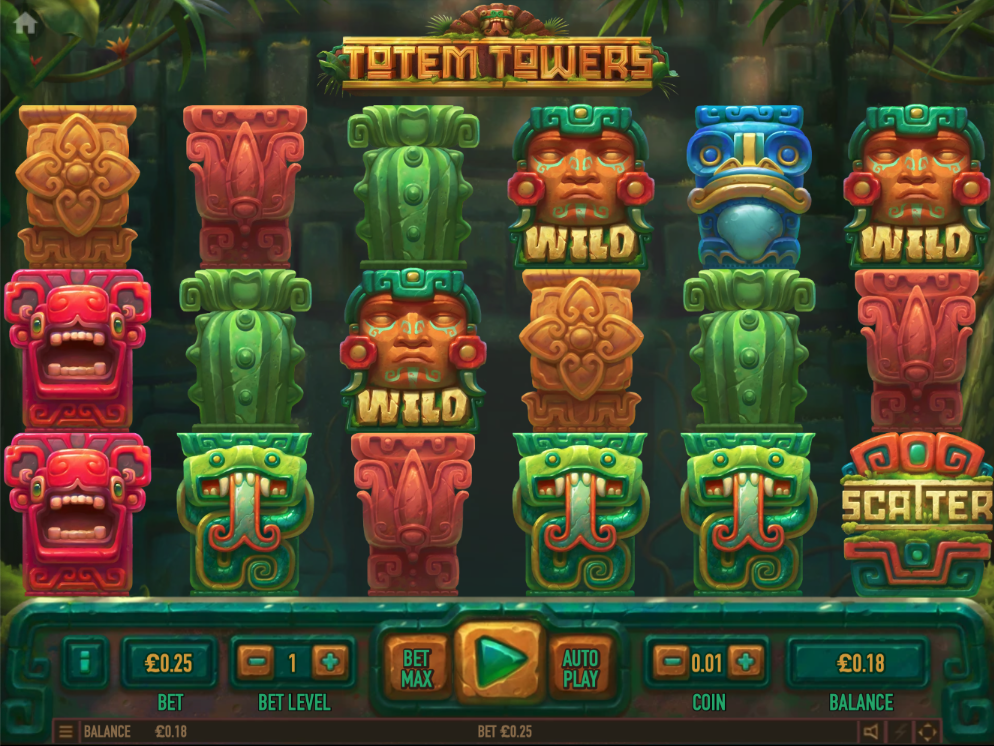 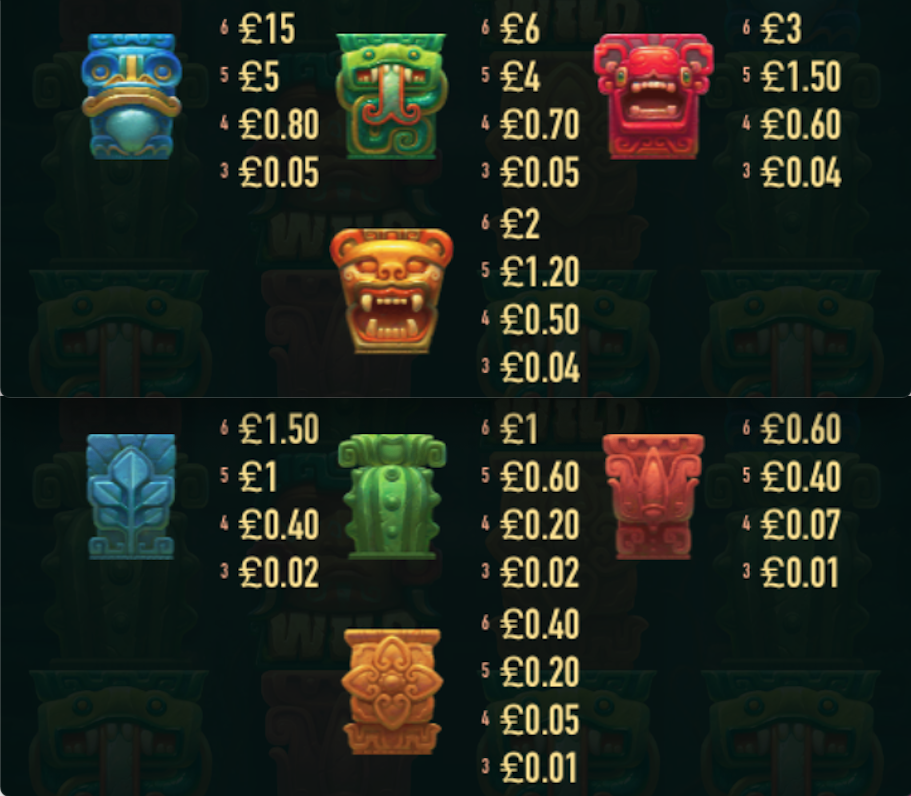 The citizens and descendants of the Mayan empire may have long been scattered around the globe since the fall of the last city to the Spanish on 1697 but the culture lives on in this online slot machine from Habanero Systems; it’s called Totem Towers and from £0.25 per spin it offers players an increasing number of paylines, the Totem Tower feature and plenty of free spins.

Totem Towers is a six reel slot with three rows and and twenty five paylines initially; in the background jungle plants sway slowly in the breeze, partially concealing the ancient stone work behind.

The four high value symbols include totem masks of stylised animals in blue, green, red and orange while the lower values are column designs in similar colours; the more human mask is wild and the scatter is the symbol which says ‘scatter’ on it.

The game starts with twenty five paylines but this increases the wins are formed on certain numbered paylines:

Any reel which lands with three symbols of matching colours will turn completely wild before any payouts are evaluated.

landing three, four, five or six of the scatter symbols anywhere in view will award 10, 15, 25 or a hefty 100 free spins respectively; once the round is underway more spins can be triggered in the same way.

As well as a nice high RTP of 96.63% Totem Towers ticks all the right boxes with some clever features -particularly the Totem Tower – and the payline progression. Some top notch graphics and animations are the icing on the cake.