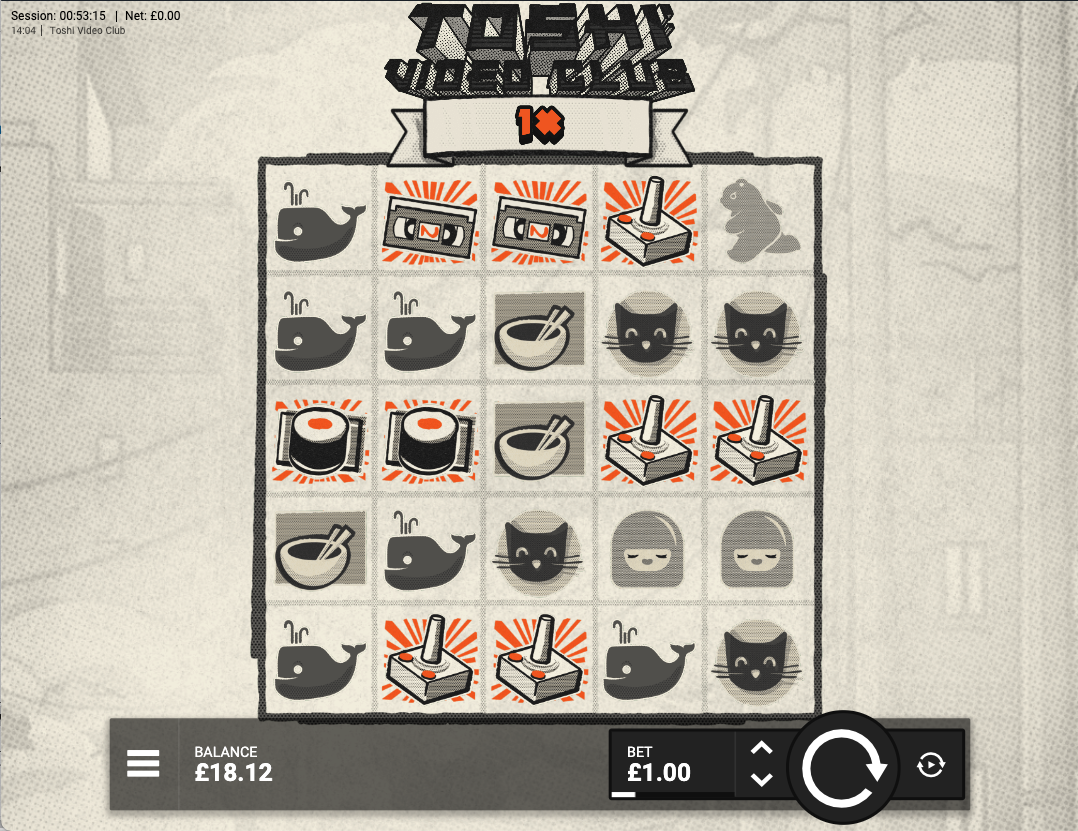 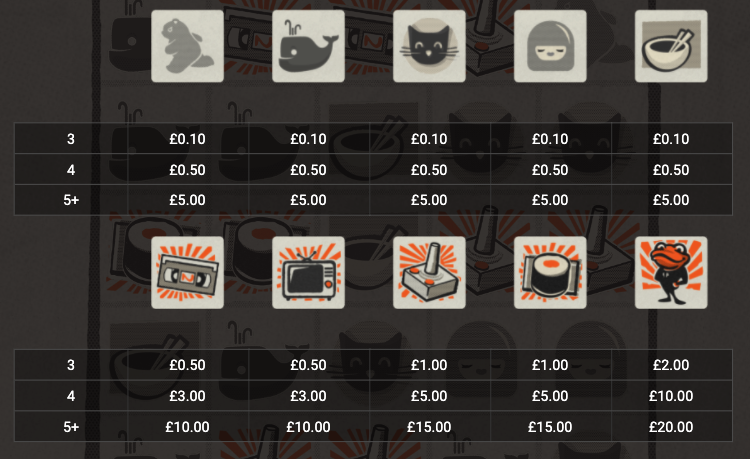 There’s some Japanese culture on the menu in this online slot from Hacksaw Gaming and a soundtrack to match the theme – this is Toshi Video Club and its anime style includes chances for players to win free spins and multipliers courtesy of the amusing Drama symbols.

Toshi Video Club is a five reel slot with five rows and fifteen fixed paylines; the design is basic but entirely appropriate and those reels spin against a backdrop of hazy Tokyo tower blocks.

Theme-related symbols include the bear, the whale, the cat, the ninja, the chopsticks, the video tape, the television, the joystick, some sushi and the fish; the dragon is wild while the special symbols are the four different Drama symbols and the ‘Free Spins’.

Every symbol in a winning combination will be removed and replaced by more falling in from above, potentially continuing the process. Combined with the Daruma multipliers, this can mean some big wins.

Daruma symbols of various sizes can land on any spin and when they do they’ll apply a multiplier to any wins on that spin:

More than one Daruma can appear on a spin in which case all values will be added together.

Landing at least three of the Free Spins symbols anywhere in view will award ten free spins and in this round the Daruma multiplies won’t be reset after each spin meaning that the luckier players will build up some large win multipliers by the later spins.