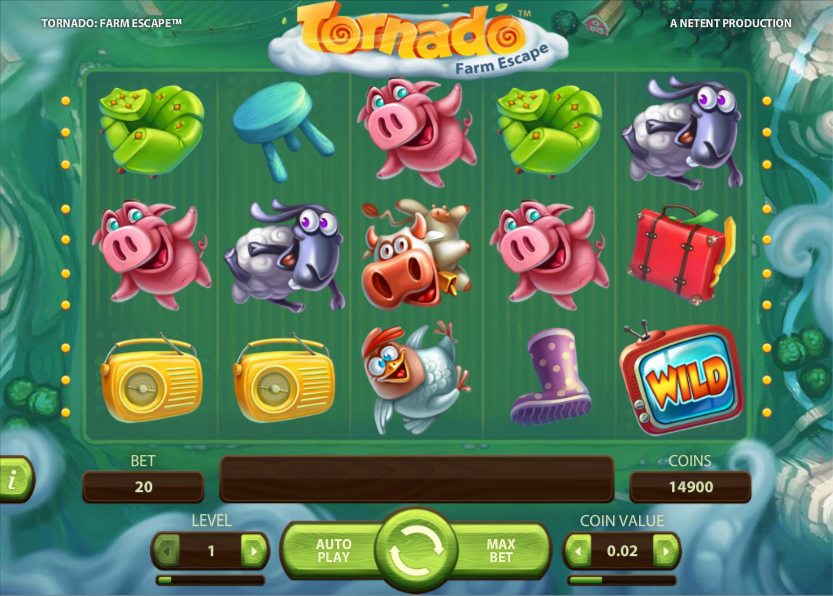 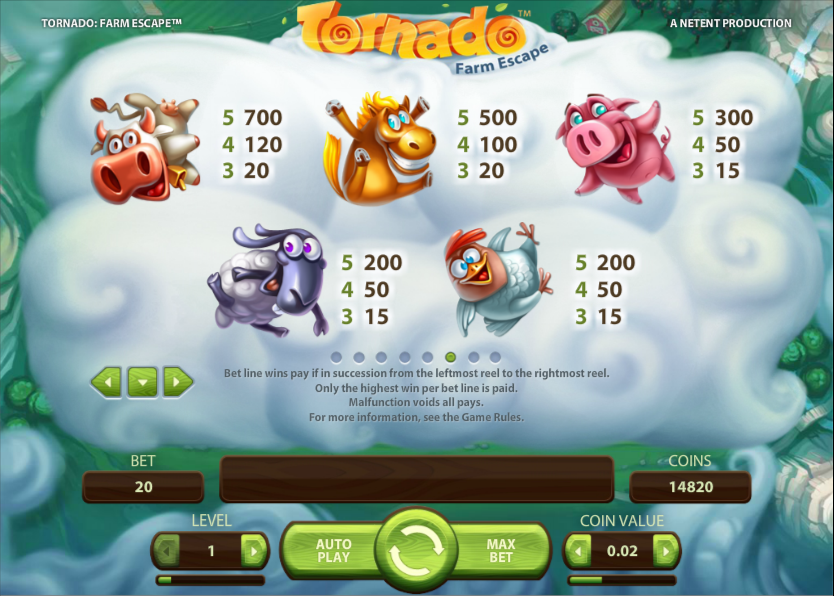 Tornado: Farm Escape begins with a nice movie introducing us to the inhabitants of a farm with the animals bemoaning the drudgery of their average day. Suddenly a tornado hits and those creatures are swept up into the air to enjoy a much-needed holiday. This farming-themed online slot is from Net Entertainment and includes two creative bonus features.

Tornado: Farm Escape is a five reel slot with three rows and twenty fixed paylines. Look through the transparent reels and you can see a neatly ploughed field surrounded by farm buildings and trees.

The ten main symbols are all items being flung around by the storm and include a stool, a wellington boot, a radio, an armchair, a suitcase, a chicken, a sheep, a pig, a horse and a cow.

The wild symbol is represented by a television set and there are hot and cold cloud symbols on reels one and five which activate one of the features.

This feature is triggered by landing the hot cloud symbol on reel one and the cold cloud symbol on reel five. A tornado now hits your reels and will pick up the symbol in the centre. With each subsequent respin, any wild or matching symbol will be picked up and a prize awarded.

The spins will continue as long as there is at least one wild or matching symbol to collect; when there is not, the round is over. As you pick up more of those two symbols, the prize value for them increases.

This is a randomly occurring feature and it involves a mini-storm which appears from one side of the reels during a spin. It will move across the screen, changing into wilds all symbols it contacts until is disappears from the reels.

Tornado: Farm Escape is a typically high quality slot from Net Entertainment with clever bonus features which occur during the base game. A reasonable RTP of 96.40% means this is a game you should check out.