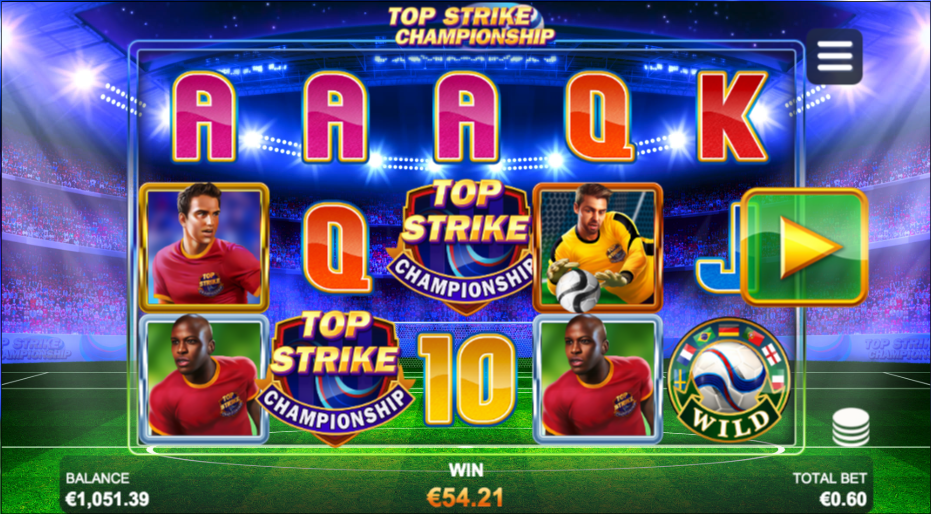 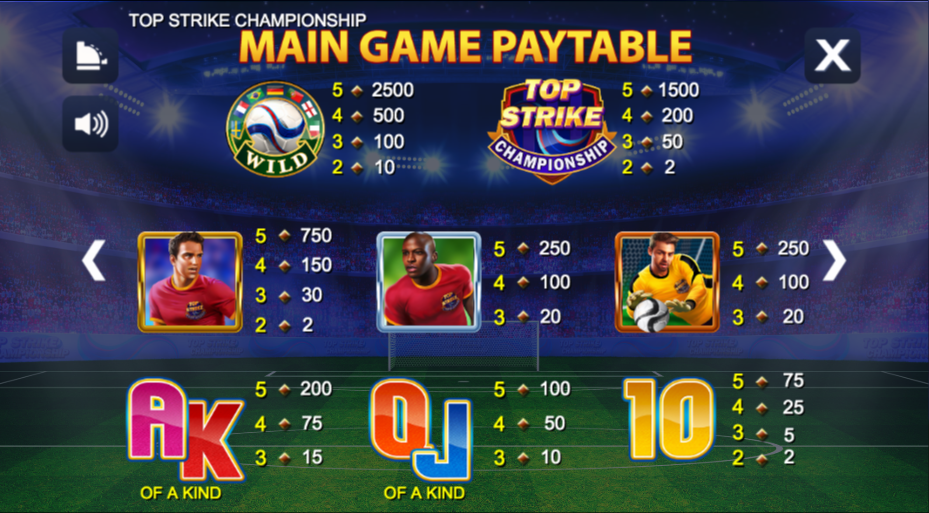 It just happens to be a World Cup year as this review is being written but there’s no reason not to check out a football-themed online slot at any time; this one’s called Top Strike Championship, it’s developed by NextGen Gaming and it comes with several footie-related bonus features.

Top Strike Championship is a five reel slot with three rows and twenty fixed paylines; through those transparent reels there’s a vast stadium filled with fans and an empty football pitch with the action yet to begin.

There are four higher value symbols – the game’s logo, two players in red kit (Portugal perhaps?) and a yellow-clad goalie (could be anyone); 10, J, Q, K and A make up the lower values.

The ball surrounded by national flags is wild and it will replace all others to help form winning combos except for the world cup logo and the Golden Ticket (in the free spins).

This is triggered by landing three, four or five of the world cup scatter symbols anywhere in view for which you will receive 10, 15 or 20 free spins respectively. It’s not possible to trigger any more spins from within this round but you may activate the Treble Bet and the Knockout Stage from here.

The Treble Bet kicks off by landing a Golden Ticket on reel five during the spins; you’ll now get to play a picking game in which you must correctly select the winners of three matches to reach the Knockout Stage, otherwise it’s back to the free spins for you. Forget anything you think you know about form when picking the winners.

The Knockout Stage is a multi-level picking round and on each round you must pick the winner of one match; the further you get the more prizes you’ll win up to 150x your total bet.

With Top Strike the fun begins when the bonus feature is triggered and you should get to hit the Golden Ticket during this round; there’s certainly some money to be made by reaching this point so good luck! This slot comes with an RTP of 94.99%.