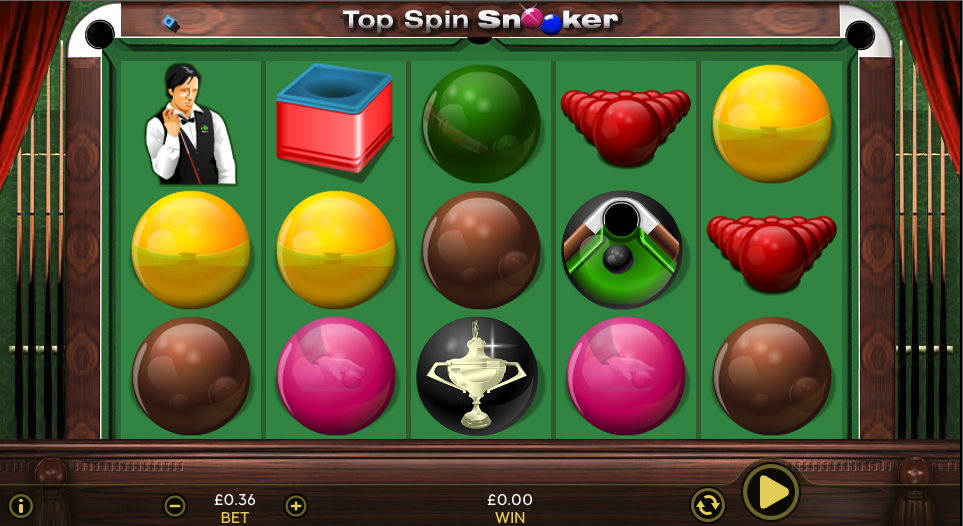 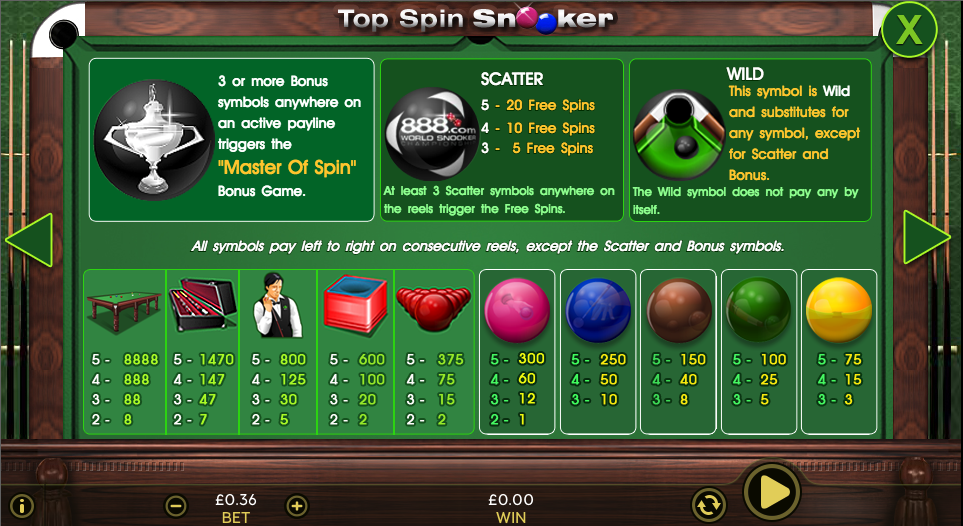 Snooker might only be described as a sport in the loosest sense of the word but it’s certainly an incredibly skilful game; Top Spin Snooker is an online slot which allows players a glimpse of the green baize without the requirement for any skill at all, it’s developed by Random Logic/Section 8 Studios and you can find out how it works below.

Top Spin Snooker is a five reel slot with three rows and nine fixed paylines; those reels spin on an overhead view of about a third of a snooker table with cues lining up on either side and some familiar blue chalk completing the scene.

All the symbols are related to the theme and include a snooker table, a cue in it’s case, a player, some chalk, the reds and then five colours – pink, blue, brown, green and yellow.

The wild symbol is a corner pocket and it will replace all others to help form winning combinations except for the trophy bonus and black ball scatter symbols.

This is triggered by landing three, four or five of the black ball scatter symbols anywhere in view for which you will receive 5, 10 or 20 free spins respectively; there are no extra features within this round but more spins can be triggered indefinitely by landing the necessary number of scatters again.

Trigger this by landing three or more of the trophy bonus symbols on an active payline; you’ll now get to play a seven stage picking game and on each stage you’ll see seven balls on the table. The player must find the coloured ball on each stage but the further you progress the fewer colours and more white balls there are – make it to the end and you’ll receive an extra bonus prize.

Triggering this round with four or five bonus symbols will multiply the final prize by 10x or 20x respectively.

Spin the reels on Top Spin Snooker and you’ll see that the action is all quite slow moving but then snooker is too – there are no bells and whistles here but none are really needed and this slightly odd game is worth checking out; it comes with an RTP of 95.75%.