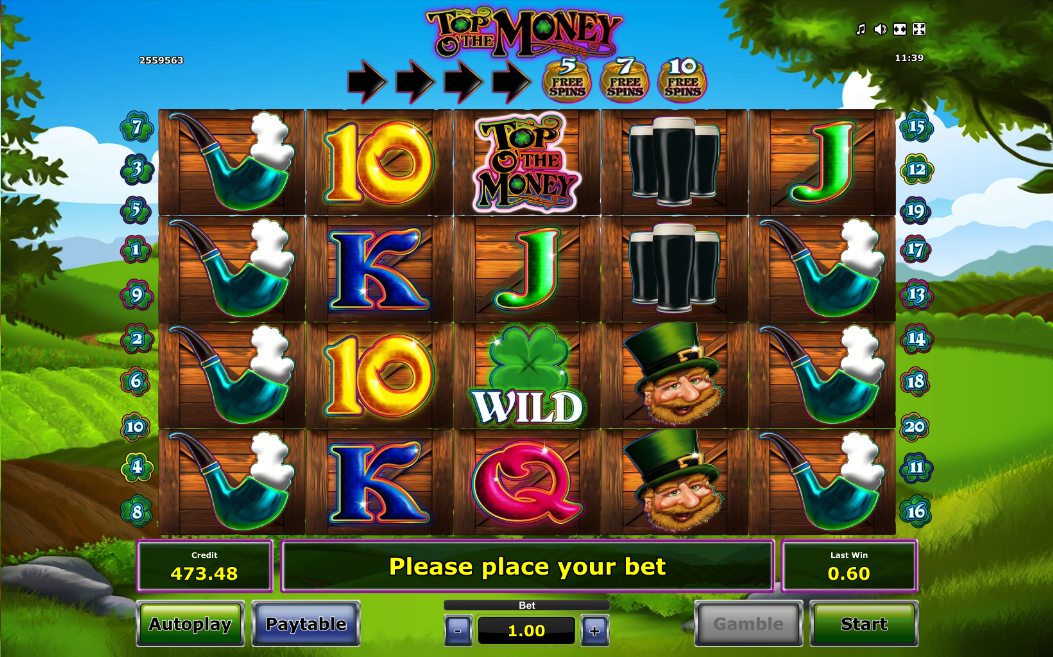 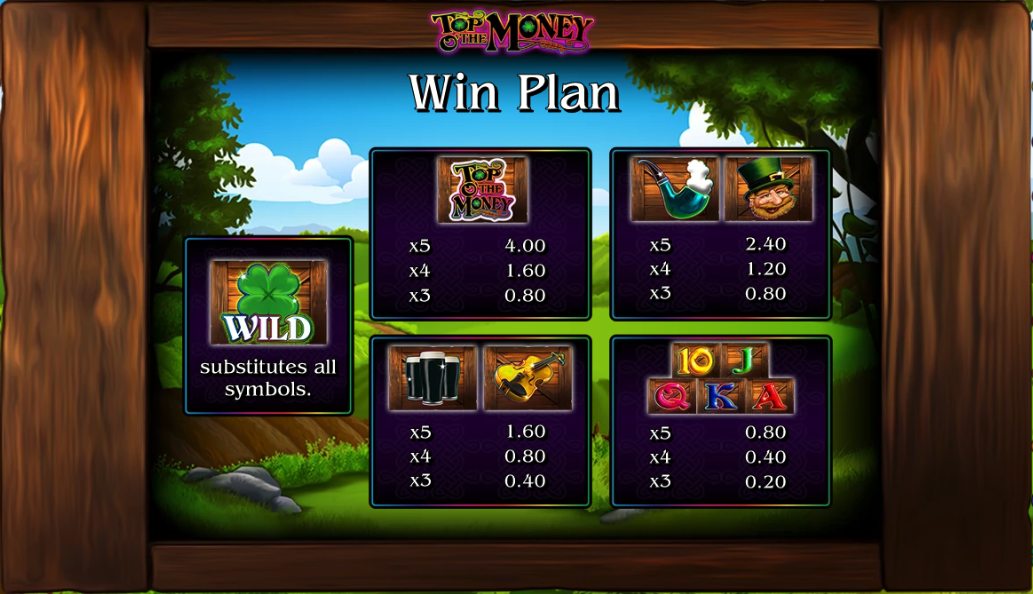 A session on the spinning reels is generally enhanced with a visit to the Emerald Isle and the good news is that we are able to do that right now with Top O’ The Money, an online slot machine developed by Novomatic/Greentube with some clever features – find out how it works below.

Top O’ The Money is a five reel slot with four rows and twenty fixed paylines; the symbols spin on wooden crates which float against a backdrop of a (rare) sunny Irish scene as rolling hills fade into the blue sky horizon.

Along with the game’s logo there are some familiar Irish symbols including the leprechaun, his oversized pipe, several pints of Guinness and a fiddle; 10, J, Q, K and A make up the lower values. Wins can be formed from right to left as well as left to right.

The four leaf clover is wild and it will substitute for all others to from winning combinations.

Top O’ The Money uses the familiar collapsing reels mechanism in which any symbols involved in a winning combo will crumble away to be replaced by more falling in from above; more wins can then be formed and the process continues in this manner.

Here the number of successful collapses is marked in the arrows above the reels and if you reach at least five the free spins are triggered; five, seven and finally ten spins are awarded in this way. More wilds are added to the reels during this round and more spins can be triggered with the right number of consecutive collapses.

A grouping of matching symbols may be transformed into a giant symbol with extra prizes; the reels will be spun at least once for more prizes.

Each win can be gambled by clicking the ‘Gamble’ button below the reels and you’ll get to play a red/black game to try and double your money; get it wrong though and you’ll lose it all.

Top O’ The Money offers a little more variety than some other Novomatic slots and that’s always a good thing; we always like to see some collapsing reels and the free spins seem fairly easy to trigger through them. There’s an RTP of 96.05%.