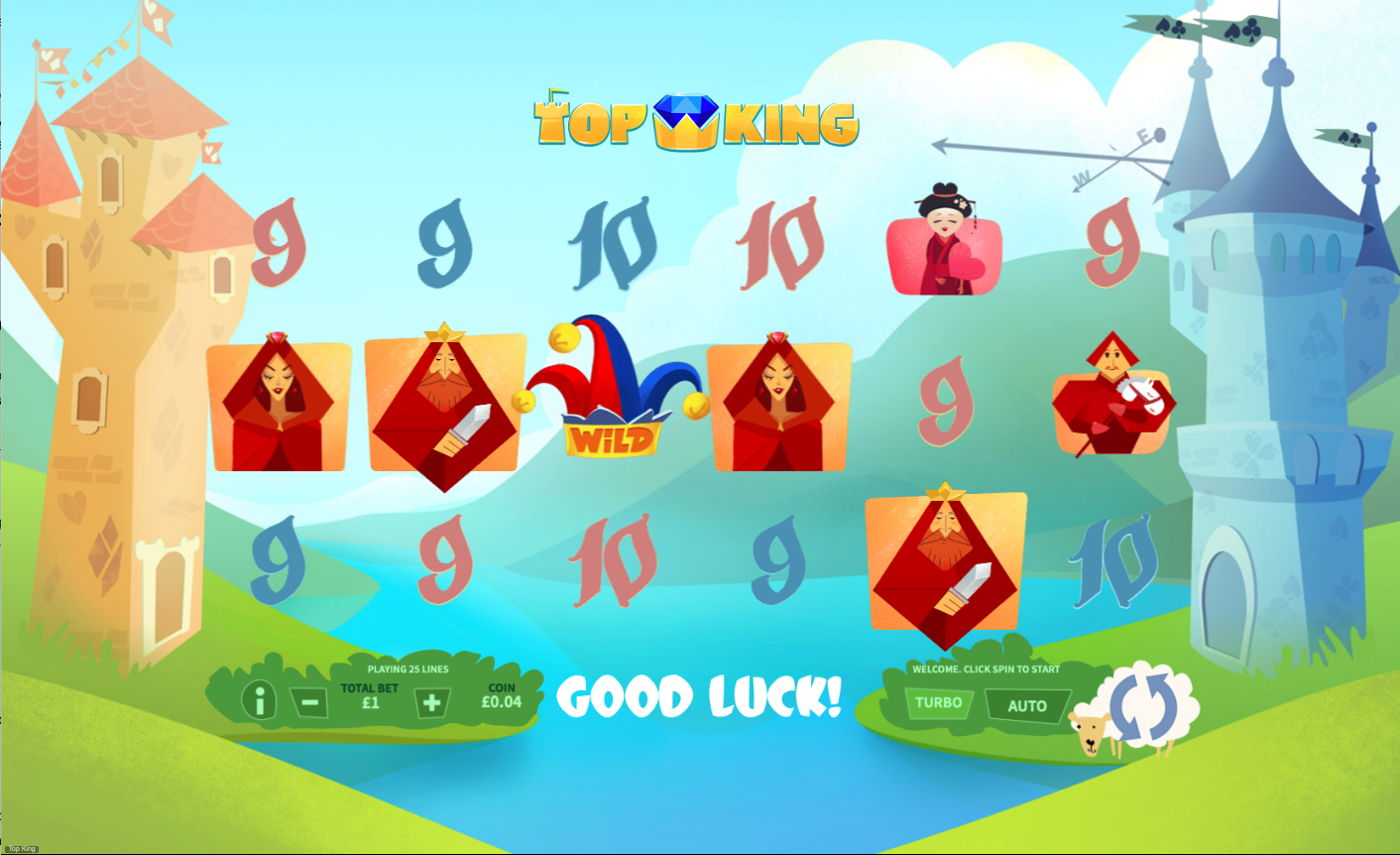 The first thing that strikes you about Top King is its individual graphical style but dig a bit deeper and you’ll find that this online slot from Skywind also comes with free spins, the Ship Battle feature and the Queen’s Gem bonus.

Top King is a six reel slot with three rows and twenty five fixed paylines; the nicely-designed symbols spin on transparent reels in front of a placid lake flanked by opposing castles on either side.

The higher value symbols are an assortment of regal characters based on playing cards from several different families and nationalities and the paytable will reveal that certain pairs of symbols will pay out as mixed combos; 9 and 10 are the lower values. The jester’s hat is wild and the Queen’s Gem is the special symbol.

Landing any red king on the centre of reel three and any black king on the centre of reel four will activate the Ship Battle feature and the first thing to do is pick your side as prompted; now uncover all the other cards on your ship to try and score more than your opponent and sink his ship. If you win you keep all you card-related winnings but if you lose that prize will be halved.

This is triggered by landing two princes and two princesses next to each other on reels three and four; you’ll now receive seven free spins (plus any Lovebird spins) and during this round the jester becomes a will jester and multiplies its winnings by 2x.

Lovebird spins are gathered during the base game whenever a prince and princess land next to each other on reels three and four; each meeting awards one Lovebird spin up to a maximum of ten. You’ll always start the free spins round with two Lovebird extra spins.

This symbol appears at the top of reel three and when it lands you’ll get to play a picking round in which finding the queen as quickly as possible is the key; locating her within three picks awards 20x the stake, within six picks awards 11x and nine picks 8x. Not finding her still awards a booby prize of 2x the stake.

Everything about Top King is unusual and innovative from the creative graphics to the clever bonus features – the only slight downside is a below-average RTP of 94.44%.

The Return To Player percentage for Top King Gold is 94.44%.

How To Win On Top King?

Where can I play Top King?