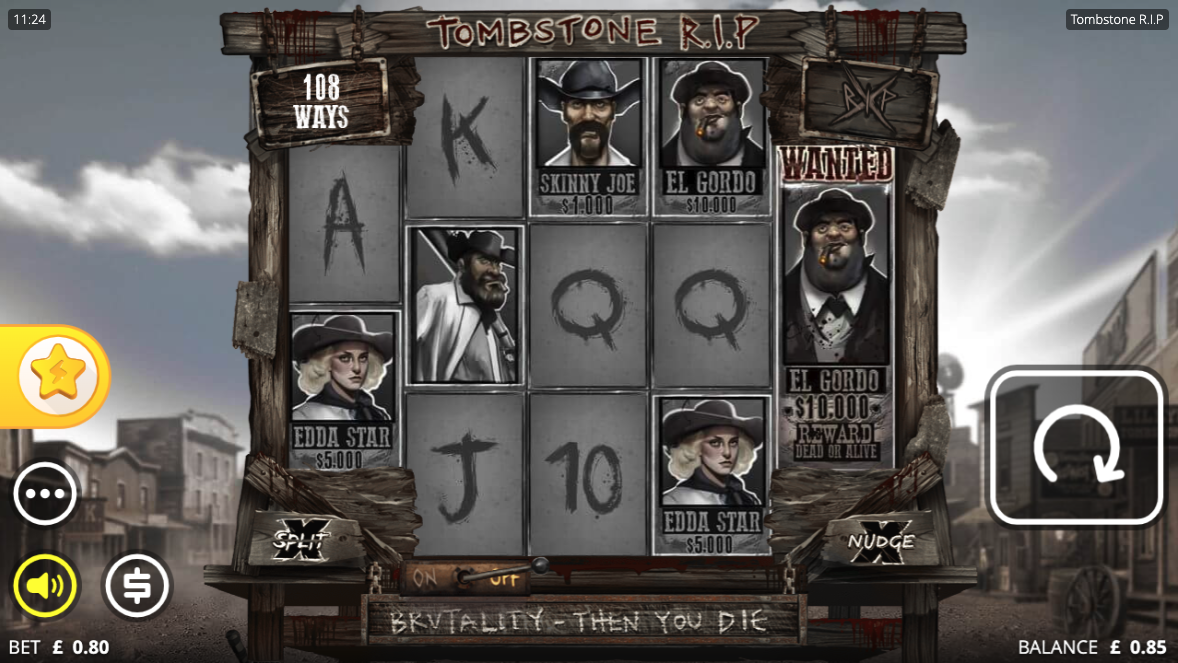 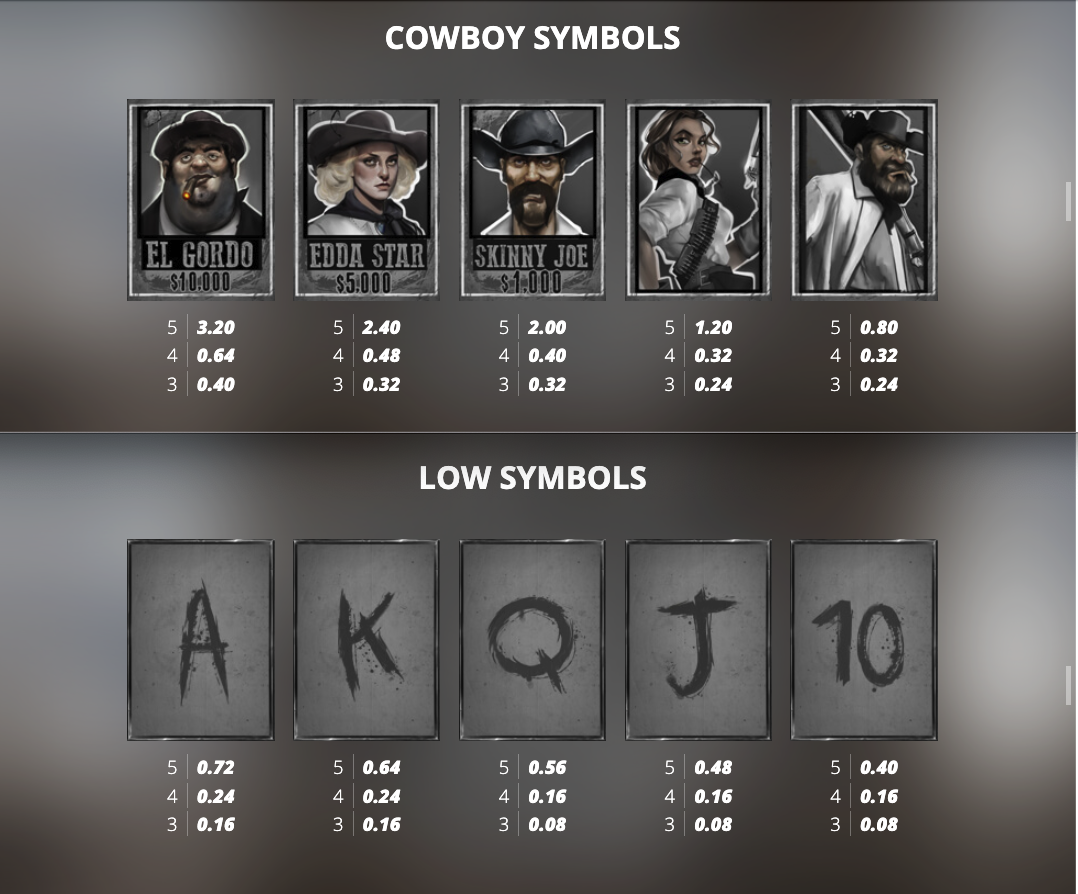 Not many online slots require players to answer some bizarre questions before getting on with the action but Tombstone R.I.P does just that, asking questions such as “Tombstone will kill you like a dog! Is that what you want?” Possible answers include “I eat dog food”, Get me out of here” and “I think so”. Strange quizzes aside this is a grim and violent trip to some godforsaken western town and Nolimit City are rewarding intrepid travellers with xNudge Wilds, xSplit Wilds and two free spin modes.

Tombstone R.I.P eschews the usual sunny sunny skies of the Wild West genre and replaces them with a grey atmosphere in which criminals are hunted down and hung from the gallows; there are five reels in a 2, 3, 3, 3, 1 format which results in 108 ways to win. Reel five will only ever display one double height symbol.

The five higher value symbols are the characters from this story – two law enforcers and three baddies named El Gordo, Edda Star and Skinny Joe; 10, J, Q, K and A are the lower values. There are four different wild symbols which we’ll explain shortly and the Hang ’em High scatter.

The following wild symbols are active in this game:

Symbols which have already been split can be split again, increasing the paylines and any multipliers in view.

This is triggered by landing three of the scatter symbols anywhere on the middle three reels for eight free spins; any of the wild symbols landing will increase the win multiplier by between 1x and 3x. Hitting a Boothill scatter on reel five will upgrade the remaining spins to Boothill and award two more.

Trigger this with three scatter symbols on the centre reels and a Boothill scatter on reel five; the extra difference from the Hang ’em High spins is that a cowboy on reel five will turn all matching symbols in view wild. On each spin one random cowboy symbol will also acquire a multiplier of between 5x and 999x.