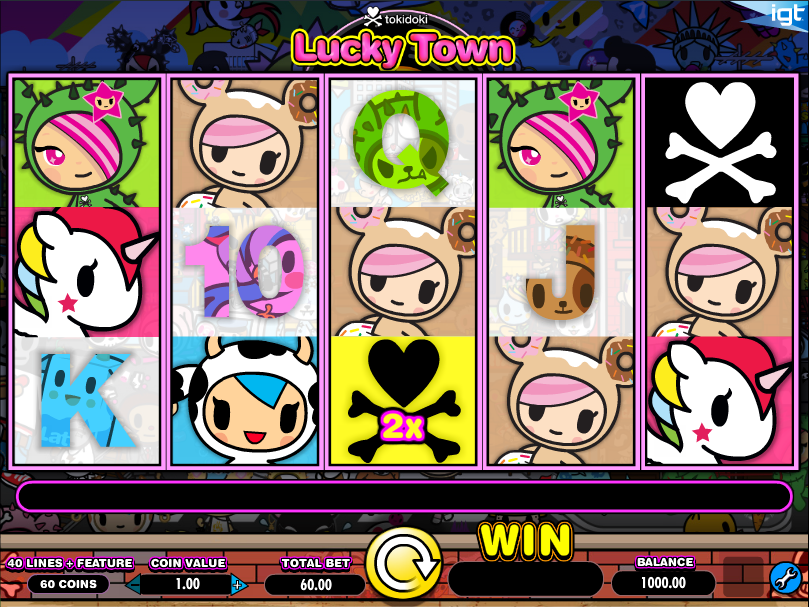 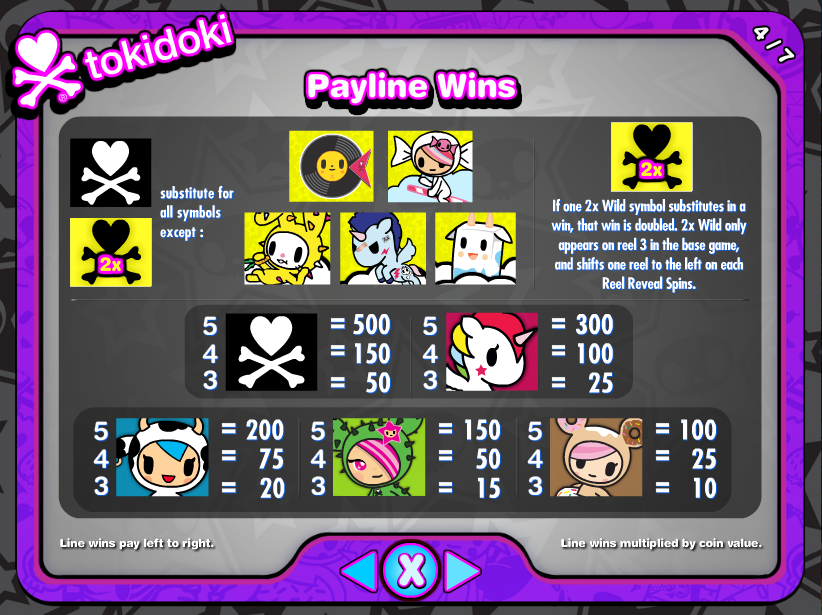 If you though that cute Japanese toys and apparel were limited to Hello Kitty then be prepared for Tokidoki – it’s a range of cheery characters which adorn everything a schoolgirl might want to buy; they are also the basis of Tokidoki Lucky Town, a colourful online slot from IGT with a clever ‘reveal’ feature – read all about it below.

Tokidoki Lucky Town is a five reel slot with three rows and forty fixed paylines; those reels contain large symbols behind which you can just make out a a jumble of characters. The soundtrack is as one might expect from a game which this type of theme but it can easily be muted.

The wild symbols is a heart and crossbones and it will substitute for all others except the 2x wild icon and any of the five ‘reveal’ symbols – this are explained in more detail below.

This is triggered by landing the spinning vinyl disc anywhere on reel five in the base game; you will now receive up to five free spins and on each spin the reels all move one place to left. Each movement will introduce a character and their corresponding feature on to the reels:

Tokidoki will certainly have it’s fans but the graphics and gameplay certainly appeal to a certain demographic; the feature is clever though and we would ultimately recommend this game.