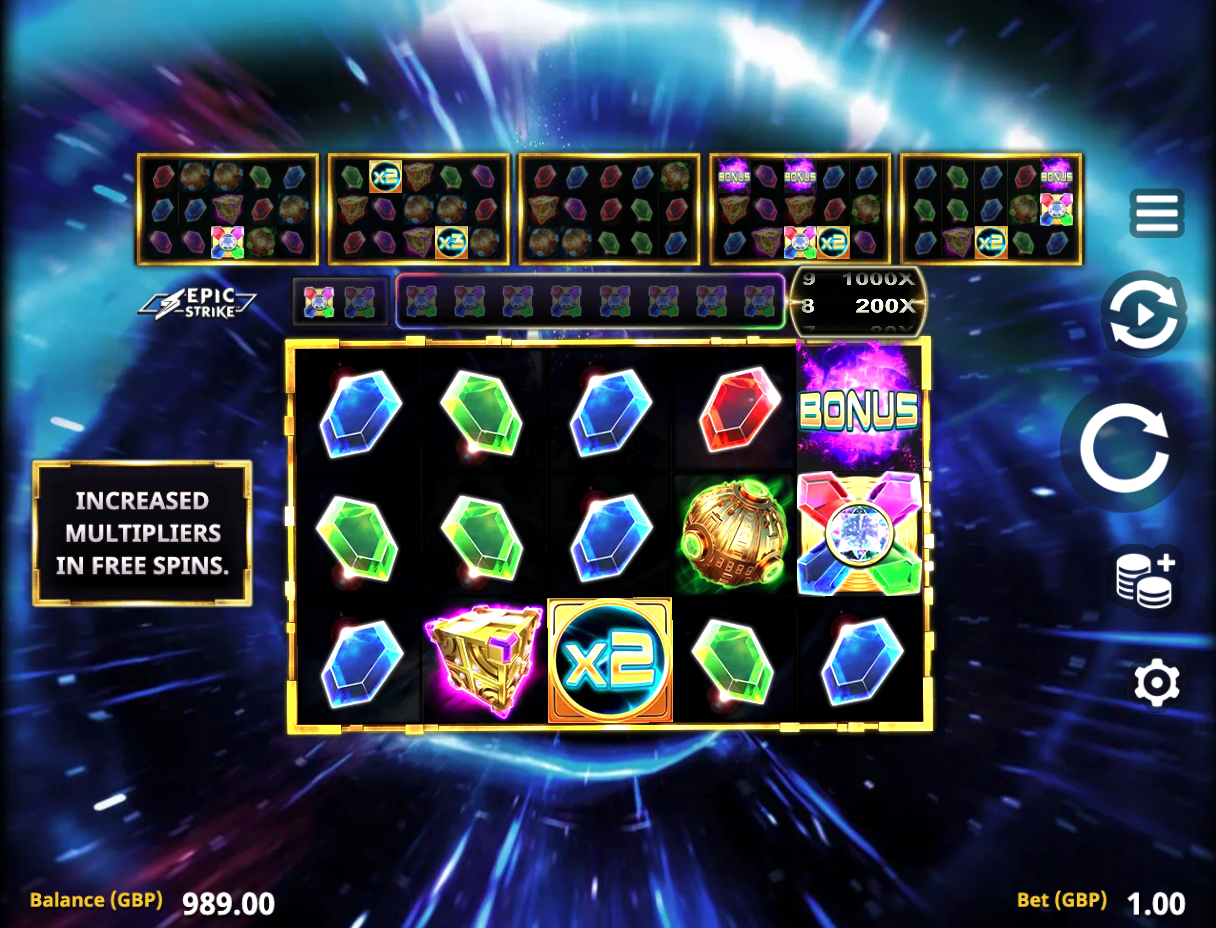 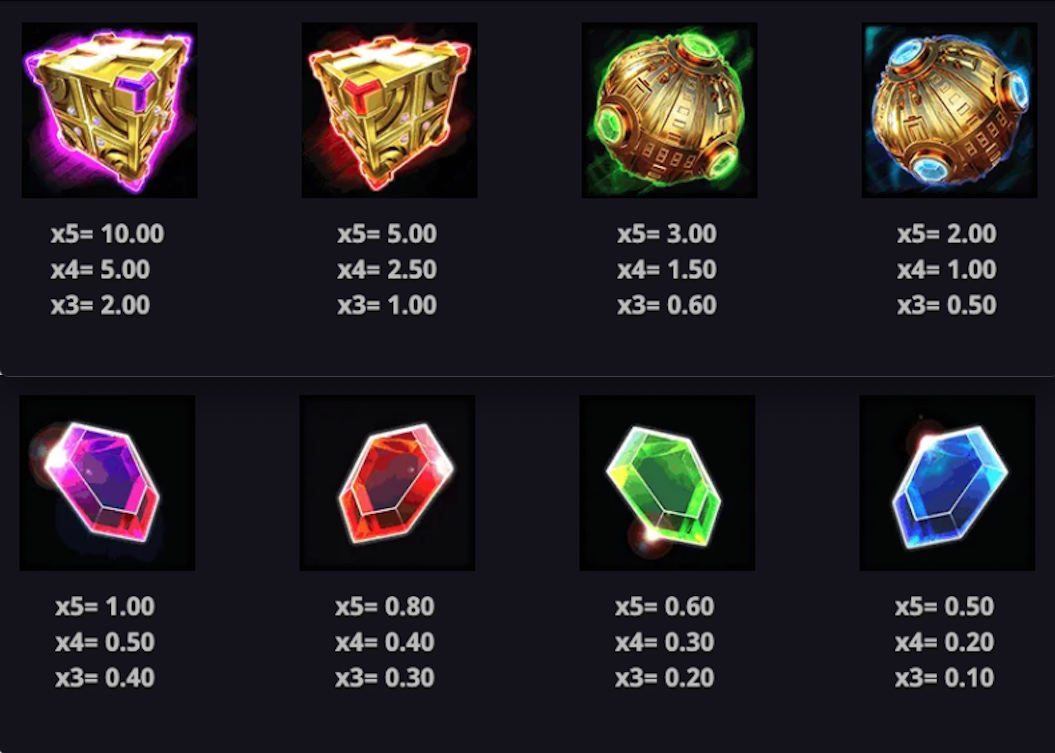 The famous physicist Stephen Hawking once proved the impossibility of time travel by holding a party in which invitations were only handed out after the event – no one except the host turned up of course but the worlds of fantasy and science fiction will continue to hold out hope that it remains a possibility. Timelines is an online slot from Northern Lights which has the time travelling ability to zap symbols from the last five spins on to the current reel set, along with free spins and multiplied scatter wins.

Timelines is a five reel slot with three rows and 243 ways to win; the backdrop sees us moving briskly through a Star Trek-like starscape and above those reels you can see the five boxes which display the last five spins. There’s also a scatter mater with an associated multiplier spinner.

The four high value symbols are complex, metallic boxes and spheres while the lower values are crystals in purple, red, green and blue; there are no wild symbols but plenty of specials including the gold clock, the bonus, the multicolour diamond and the multipliers.

This is the clever bit and we’ve already explained how the last five spins are saved and shown in the boxes above the reels – landing gold clocks will select a similar number of symbols from those saved reels and move them onto the main reel set, hopefully resulting in a win.

The coloured scatter symbols are important here because landing at least three anywhere in view will pay a scatter prize according to the paytable; however that prize will also be multiplied by the value on the spinner at the end of the Epic Strike meter. The top value is 4000x.

Multipliers values can land on reel positions and they’ll contribute to line wins; their values can be combined if there’s more than one on a payline.

This is triggered by landing three of the bonus worm hole symbols anywhere in view and the reward is ten free spins with all multiplier values doubled. More gold clocks will also land during this round for an increased chance of wins.