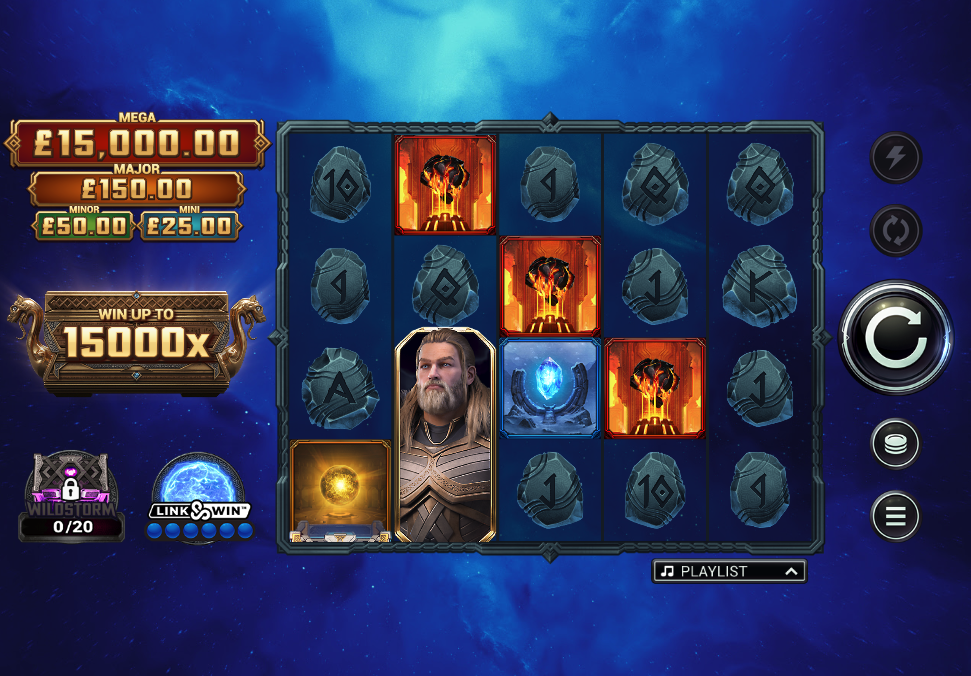 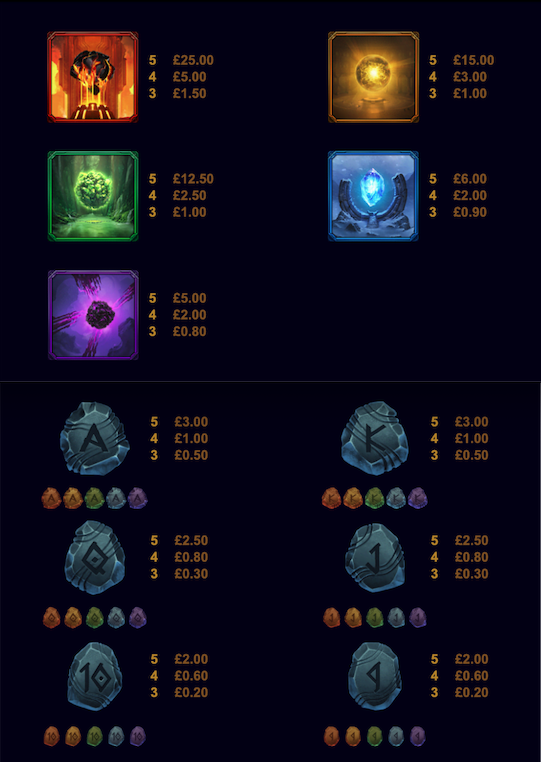 The immortal realms of the Norse gods are the setting for this online from Microgaming – it’s called Thunderstruck Wild Lightning and it’s an addition to the lineup of Thunderstruck games already out there; spin the reels from £0.20 per spin for a chance to win a jackpot prize of 15,000 coins, the Link&Win feature and several free spins modes.

Thunderstruck Wild Lightning is a five reel slot with four rows and forty fixed paylines; the hazy night sky provides the backdrop for the action which takes place on a Norse-themed set of reels.

The high value symbols include various fiery, glowing objects in red, orange, green, blue and purple; rune-style playing card symbols carved in rocks make up the lower values. Thor is wild and his hammer Mjolnir and the Thunderball are the scatter symbols. Wilds come with a win multiplier of 2x or 5x in the base game.

Once 15, 20, 25 and 30 Thunderballs have landed extra rows are added meaning that four more can potentially be unlocked. Once the spins have run out or all positions are filled you’ll be awarded the sum of al values on those Thunderballs. Mini, Minor or Major jackpots can also appear. but the Grand one can only be won by filling all positions.

Landing at least three of the Mjolnir scatter symbols anywhere in view will activate this round and there are various free spins modes to unlock the longer you play the game:

This is active only during free spins and it occurs when a wild symbol lands on reels two, three or four; if another wild then lands on that position then the entire reel becomes wild for that spin.

The Return To Player percentage for Thunderstruck Wild Lightning is 94.00%.

How To Win On Thunderstruck Wild Lightning?

Where can I play Thunderstruck Wild Lightning?