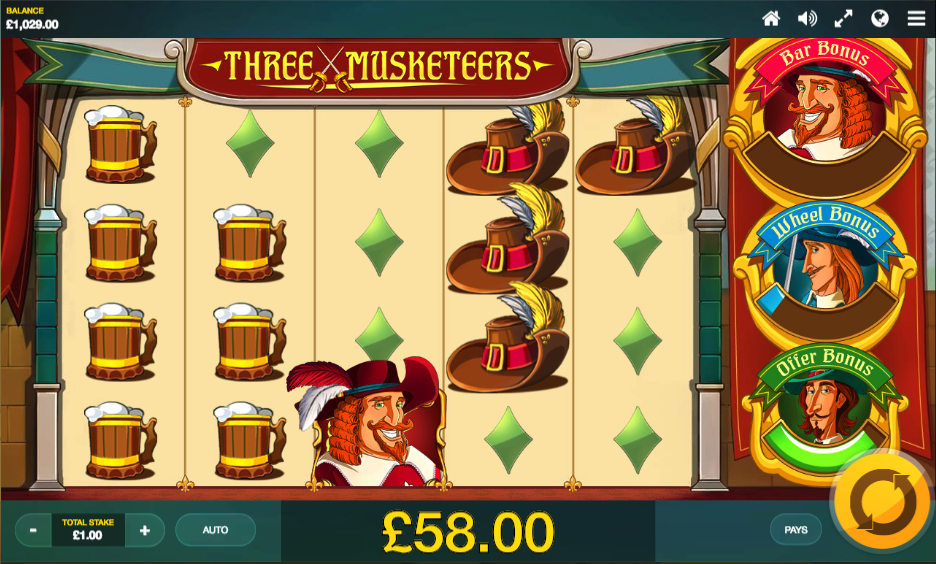 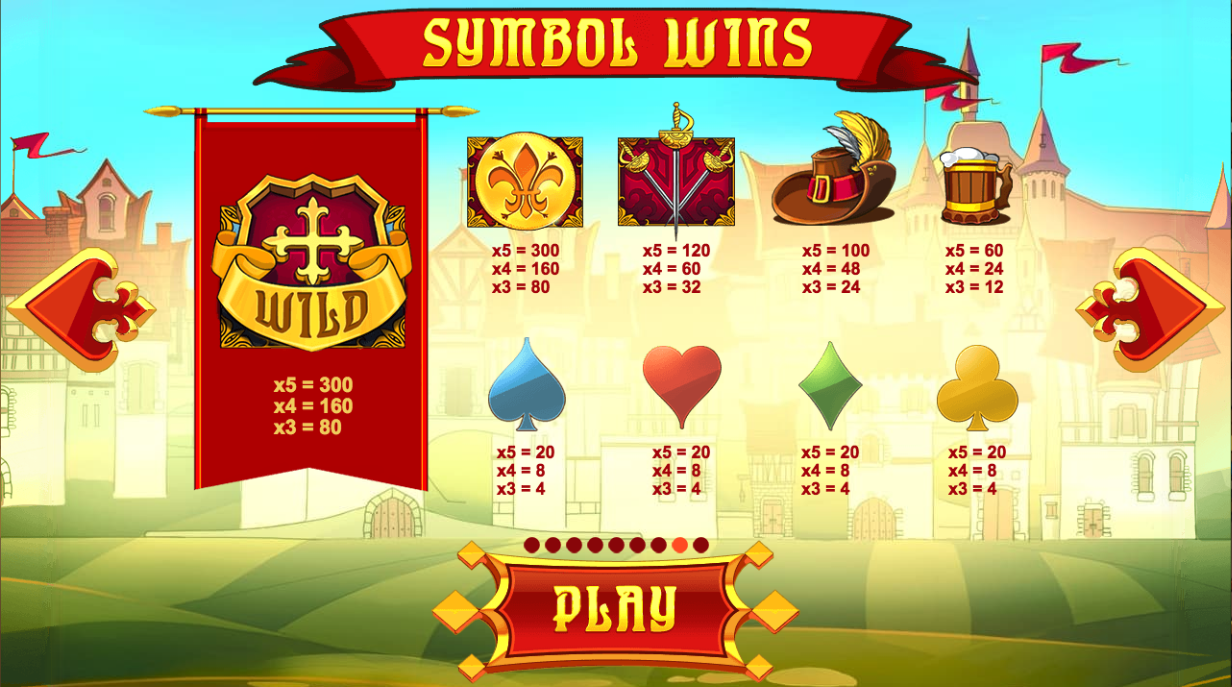 Porthos, Aramis and Athos are no strangers to the world of the online slot machine and it’s probably fair to say that their action-packed lifestyles in 17th century France –  as depicted by Alexandre Dumas – does provide inspiration for various clever bonus features; anyway Three Musketeers is the name of this releases from Red Tiger Gaming so keep reading to find out more.

Three Musketeers is a five reel slot with four rows and forty fixed paylines; there’s a cartoonish design to this game with the reels spinning on walls of a castle interior. Our three heroes occupy the meters on the right hand side and we’ll explain those shortly.

The wild is the Musketeers crest and it will replace all others to help form winning combos except for the three Musketeer symbols.

Each time one of the Musketeers lands on the reels, their respective meter will fill up by a random amount; when a particular meter is full the following bonuses will be triggered:

This occurs randomly in the base game and each Musketeer can award special wild features as follows:

Three Musketeers is a cheerful reprisal of Dumas’ 1844 novel with each character offering their own extra features; it’s a slot with some basic but effective graphics and some big wins in the features, less so during standard gameplay. The RTP is 95.26%.