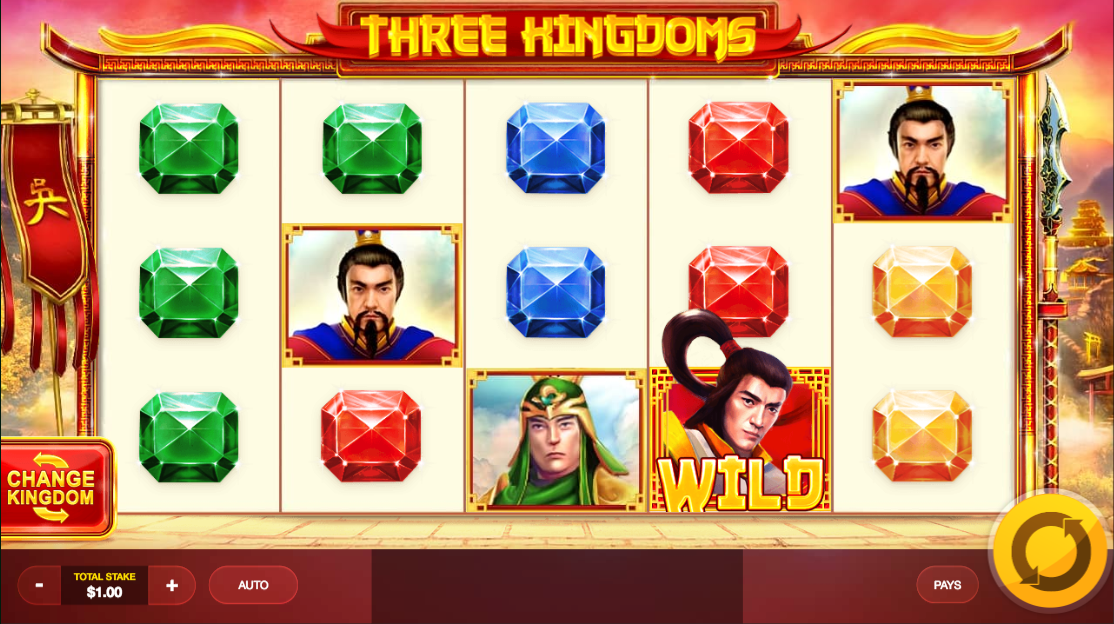 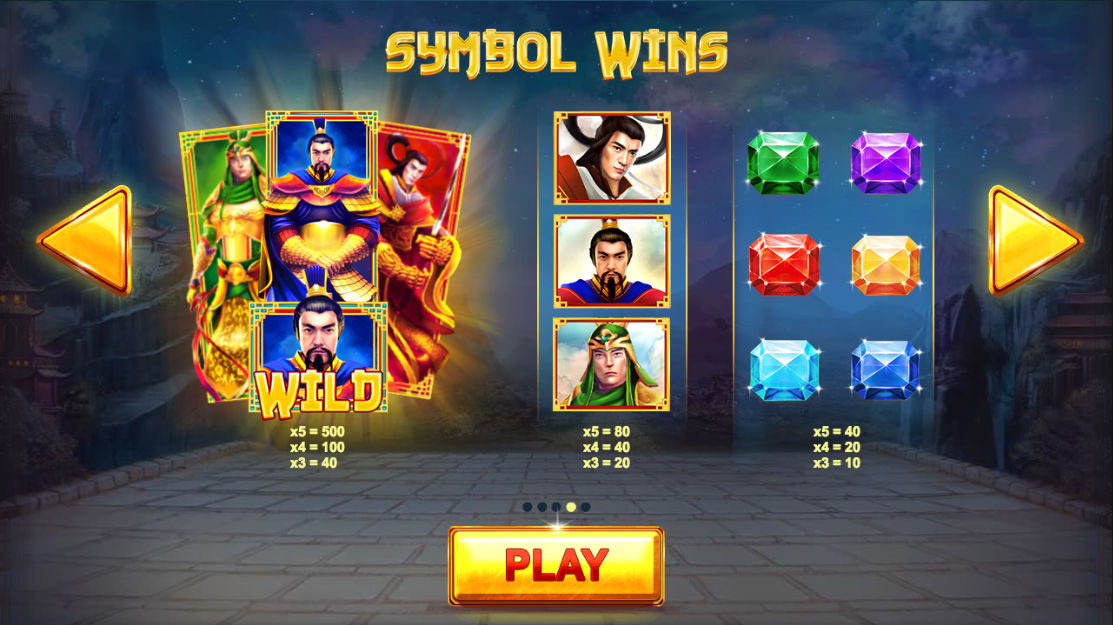 Let’s take a trip back in time now and a long way east to an era when warlords ruled various parts of what is now China; this game is called Three Kingdoms, it’s developed by Red Tiger Gaming and you can find out how it all works right here.

Three Kingdoms is a five reel slot with three rows and twenty fixed paylines; when the game starts you will be asked to select one of three regions of China and this will determine which warlord will act as a wild symbol when the game begins.  Those warlords are Tao Tao, Lui Bei and Sun Quan.

Your choice will affect the colour of the reel set you use but they all feature a banner to the left and a ferocious-looking weapon to the right; behind those reels is a view of hills and temples from our paved terrace.

The high value symbols are those three warlords and six coloured gems – green, purple, red, orange, light blue and dark blue. The wild symbol will be one of those warlords and he will substitute for all others to form winning combinations.

In Three Kingdoms combos can be formed anywhere on the reels as long as there are at least three matching symbols in adjacent reels.

This is a mini-feature which occurs during the base game and you will see a set of shutters encompass one reel which will then turn entirely wild. This will happen at a point where a win is guaranteed,

Three Kingdoms is an oriental-themed slot with some face-paced gameplay, an appropriate soundtrack and a well-designed base game bonus feature; it might lack any extra features but that’s fine and it comes with an RTP of 95.15%.