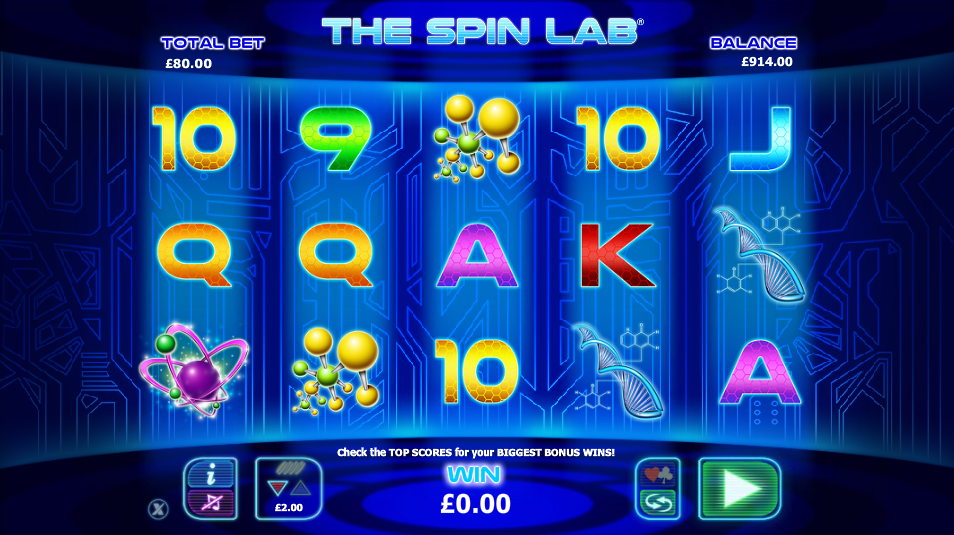 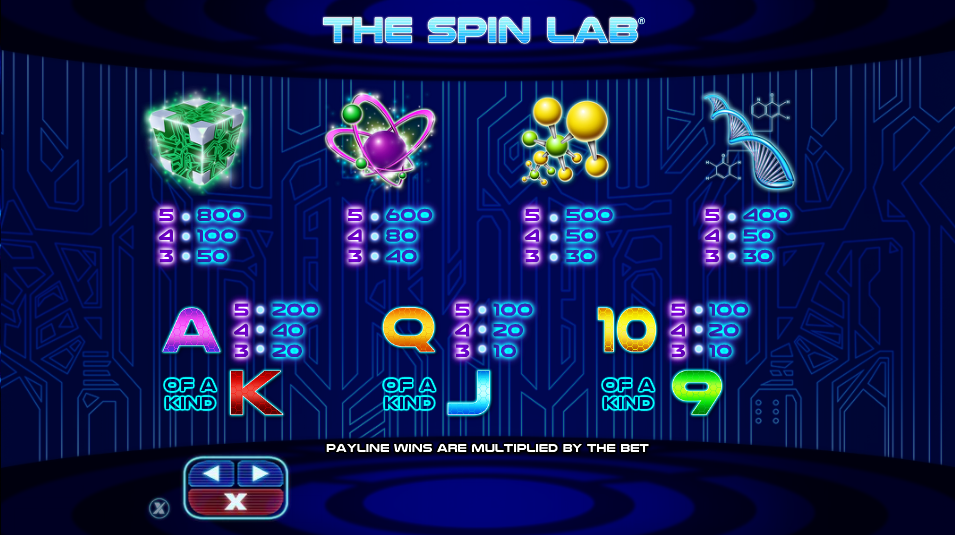 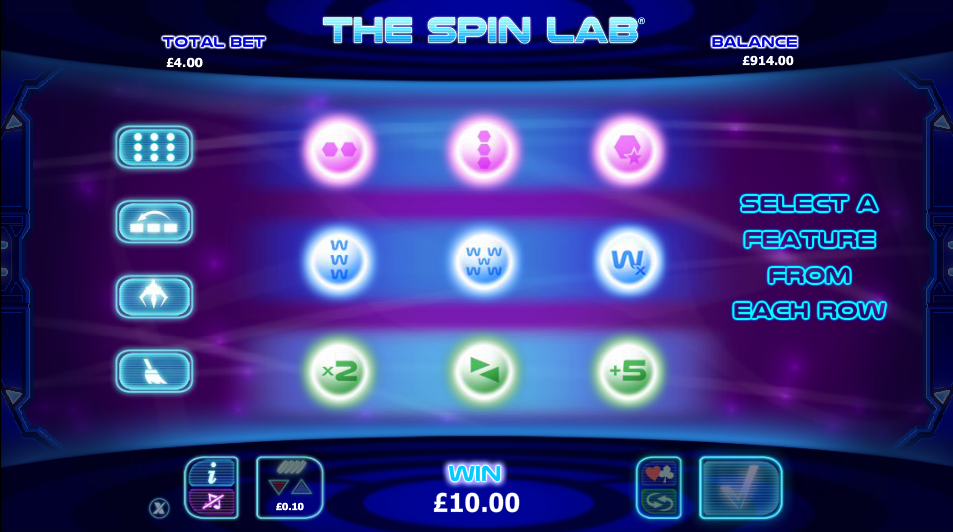 The Spin Lab is a brand new science fiction-themed online slot from Nextgen Gaming with a design which reminds us of Tron – the 1982 movie which saw the main character disappearing inside his own computer game. Aside from looks there’s no other similarity but this is a game which gives players the ability to design aspects of the bonus game so read on for more details.

The Spin Lab is a five reel slot with three rows and up to twenty five fixed paylines. The screen looks a bit like the Star Trek transporter room with the reels lit by columns of light. Glowing electrical circuits form the backdrop to the whole setup.

There are four high value symbols including DNA spirals, cell structures and some sort of electrical circuit cube, Lower value symbols are represented by 9, 10, J, Q, K and A.

The wild symbol is a multicolour icon which substitutes for all others except the scatter; the scatter is a glowing silver ball which activates the main feature.

This is where the fun starts and to trigger the spins you will first have to land three or more of the scatter symbols anywhere in view. You will receive five free spins initially and you now head to the Spin Lab where you must choose your added extras. There are three rows shown and you choose one feature from each row:

So make your selection or use the ‘Autopick’ option on the left handside to get things started; the spins will start when you’ve made your selections.

Each win can be gambled by using the ‘Gamble’ button below the reels; try and double or quadruple your win by correctly guessing the outcome of the next playing card drawn.

There’s a total of 27 combinations to pick from in the feature and we can’t say for sure what the most profitable is; we’re inclined to use the Autopick feature but you may like to work your way through each combination.

The Spin Lab is a nicely atmospheric slot with a creative bonus feature which should appeal to plenty of players. The RTP varies from 95.93% to 95.80% which is reasonable.