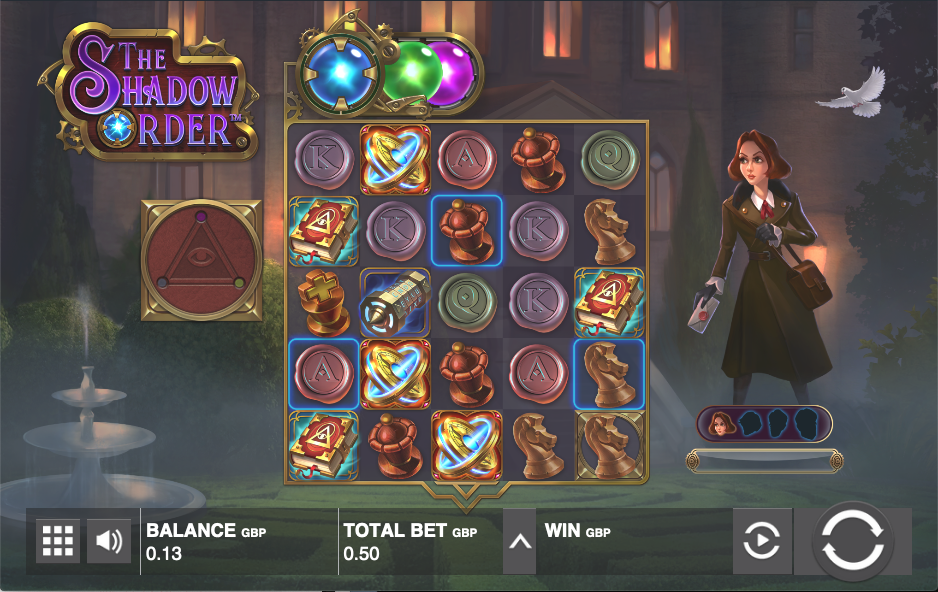 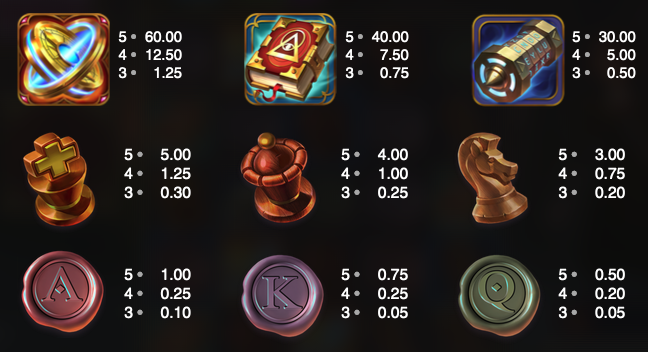 The Illuminati, the Freemasons, the Rotary Club and the Women’s Institute are clearly all part of what we might call The Shadow Order – groups of powerful people pulling the strings of global affairs from behind the curtains; Push Gaming have create an online slot dedicated to this theme and it comes with collapsing reels, orb features and a levelling up system.

The Shadow Order plays out on a 5×5 grid and the aim is to form horizontal or vertical matches of at least three symbols; those reels spin in front of a stately home as night falls around the girl.

The high value symbols include a mysterious gold and blue object, a spellbook, a type of codex, and three chess pieces; Q, K and A represent the lower values.

The Order Medal is wild and it will replace all standard symbols to help form winning combinations.

The Shadow Order uses collapsing reels in which the symbols in each winning combo disappear and are replaced by more falling in from above – more combos can then be formed and the process continues until there are no more wins.

However each cascade will partially charge up the blue, green and purple orbs in that order and when they’re full the following features will be awarded if the orb is released and lands in one of the marked hotspots (it also acts as a wild and will drop down and to the right during its journey):

The free spins are triggered if all three orbs make it to the gold reel position in the bottom right hand corner; the free spins will now start and the orbs will drop in again from above. One or two orbs reaching the gold position again will award a win multiplier while three will award two extra spins.

There are four characters to collect and a ring landing on the reels will help you along with that progression which is shown in the bottom right hand corner; characters award random features after non-winning spins as follows:

Once all the characters have been unlocked you can choose which one is active.

The Shadow Order contains everything we like in a slot – cascading reels, a narractive with character progression, loads of bonnus features and a high quality, atmospheric design – it’s very good stuff!