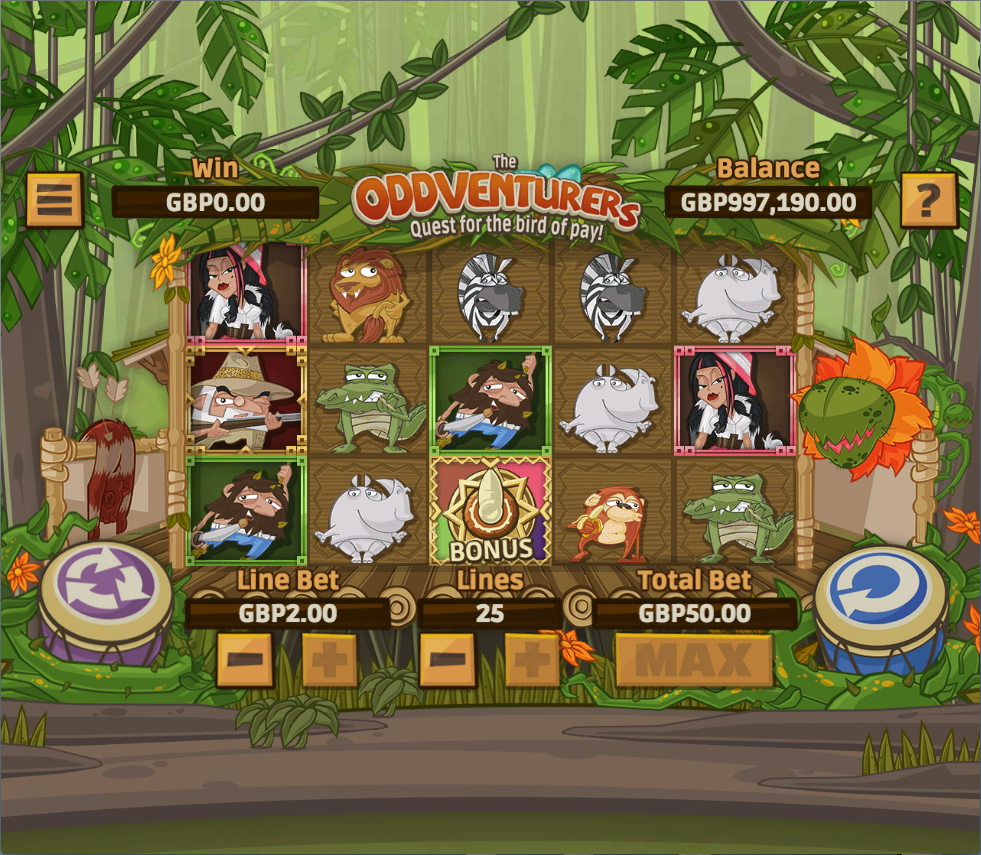 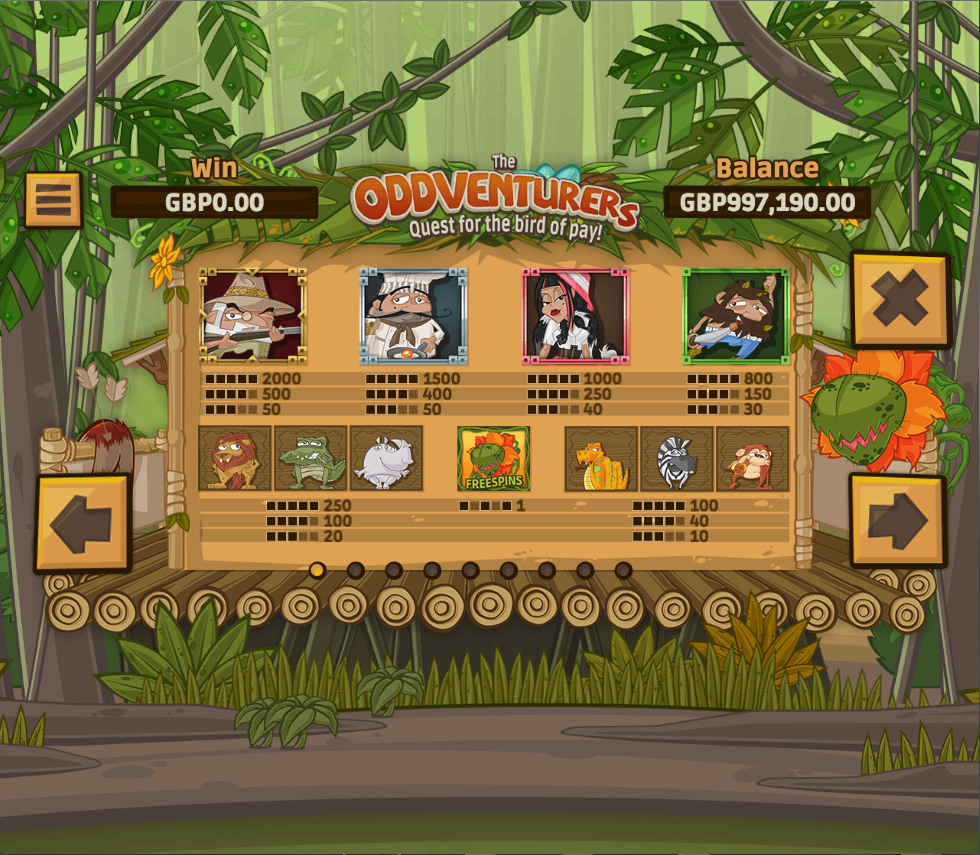 Join us now as we don our expedition gear and head deep into the jungle to check out this funky online slot from Wild Game Reserve developers. It’s full title is The Oddventurers: Quest For The Bird Of Pay and it’s released on Odobo’s software platform. Read our full review below for more information.

The Oddventurers is a five reel slot with three rows and up to twenty five paylines; we are located in a jungle setting and the reels sit on a wooden platform in front of a green and hazy jungle.

The story behind the spinning reels is of an expedition into the jungle by four characters – Allan Watermaine, Gaston Salmonelli, Evelyn Se’Vere and Jungle Jack – to capture the Booboo Bird. Those four adventurers are the high value symbols along with a lion, a crocodile, a hippo, a snake, a zebra and a monkey.

The Chakalaka Tribesman is wild, as is the Booboo Bird although the Bird will also double the value of any wins to which it contributes.

There are two scatter symbols – the compass and the man-eating plant – which trigger separate features.

The man-eating plant appears only on reels one, three and five but if you can land it there you will trigger the free spins. You’ll receive ten spins but there’s no extra bells and whistles here such such as multipliers on your wins. Having said that, landing three more  scatter symbols will award more free spins. Check it out in the video above.

This mini-game is triggered by landing three or more of the Compass bonus symbols anywhere in view. The compass will now spin and then land on one of the four main game characters after which you will play a picking game associated with that person. All you need to do is pick one of the five objects to reveal a prize.

There’s no doubting that slots on the odobo platform look top notch; they also play very smoothly and that’s true of The Oddventurers. It’s also nice to see a bit of back-story to the game which comes with an RTP of 95.10%.