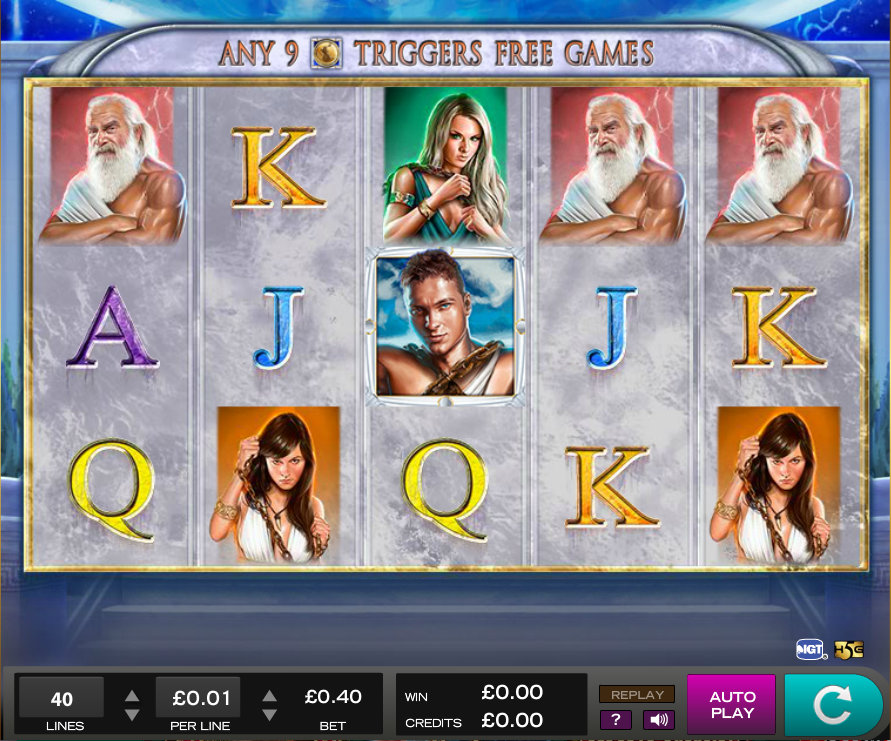 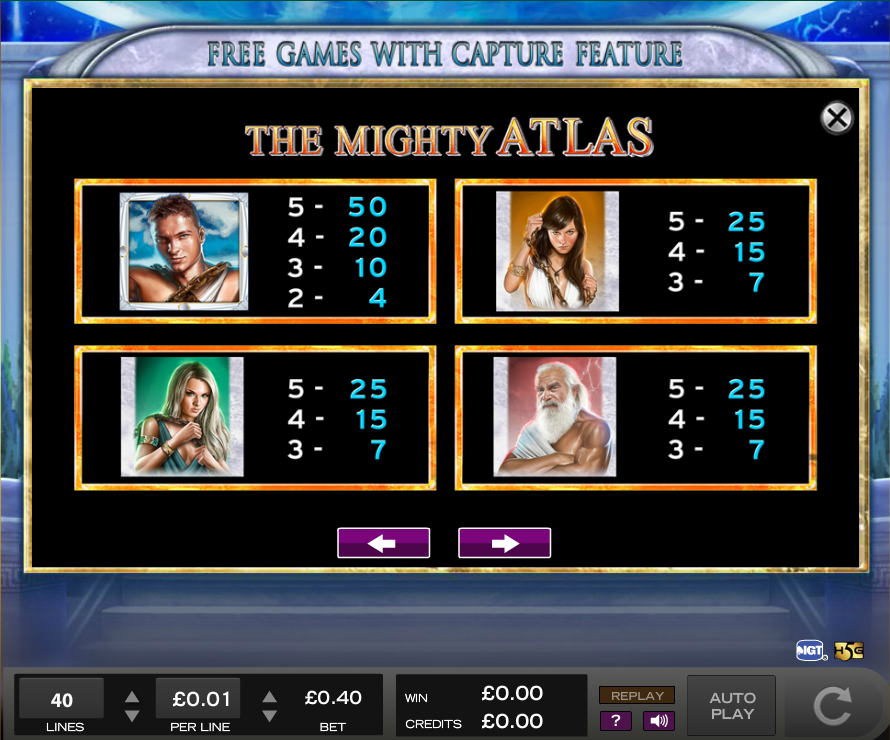 Online slots fans looking for a game based on Greek mythology are spoilt for choice and we’ve reviewed absolutely loads over the years. One occasionally wonders whether there is room for any more but of course there is and here we have The Mighty Atlas, an IGT development with a classical look and an enhanced free spins feature. Keep reading for the full review.

The Mighty Atlas is a five reel slot with three rows and up to forty paylines; behind the reels we can just make out the Earth (arguably it’s now thought to be Uranus), held up of course by Atlas himself after being defeated in battle by Zeus.

The four higher value symbols are four characters from Greek mythology including Zeus, Atlas and two female gods. (we are unsure of their identities). 10, J, Q, K and A.

The wild symbol is The Mighty Atlas logo and it will substitute for all others except the scatter which is represented by the gold disc and appears only on reels two, three and four.

Before each spin during the base game and the free spins, one symbol will be chosen at random to be stacked on the reels. This can include the wild and scatter symbols so occasionally there are some big wins available.

During the free spins the Capture Feature comes into play; if you land Zeus or the two girls in the centre position on reel three you will receive the award displayed in the respective character meter. Each further capture of that character increases the award.

If you can capture Atlas in that same position you’ll receive the amounts in all the meters.

The Mighty Atlas is a typically IGT slot but that you can spot from a mile away but it’s quite good fun and potentially profitable if you can trigger the various features. Worth a go? Absolutely and there’s an RTP of 94.90%.