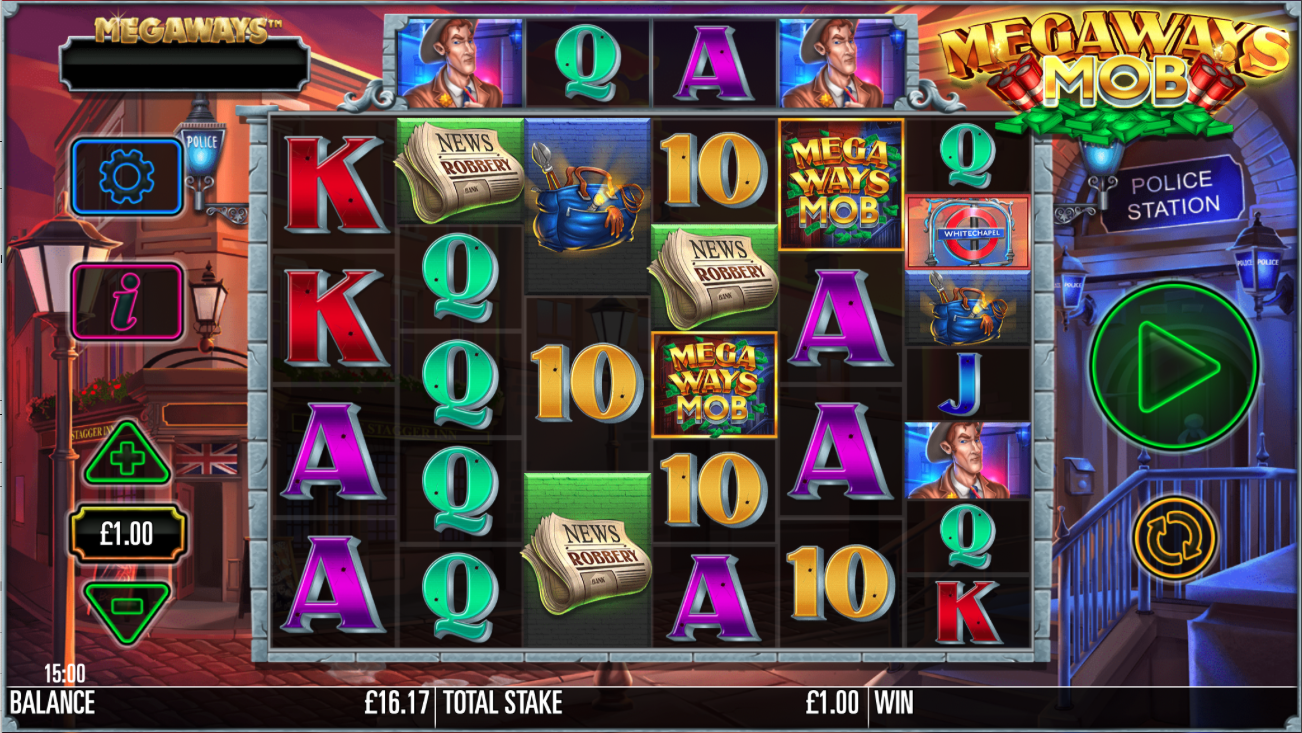 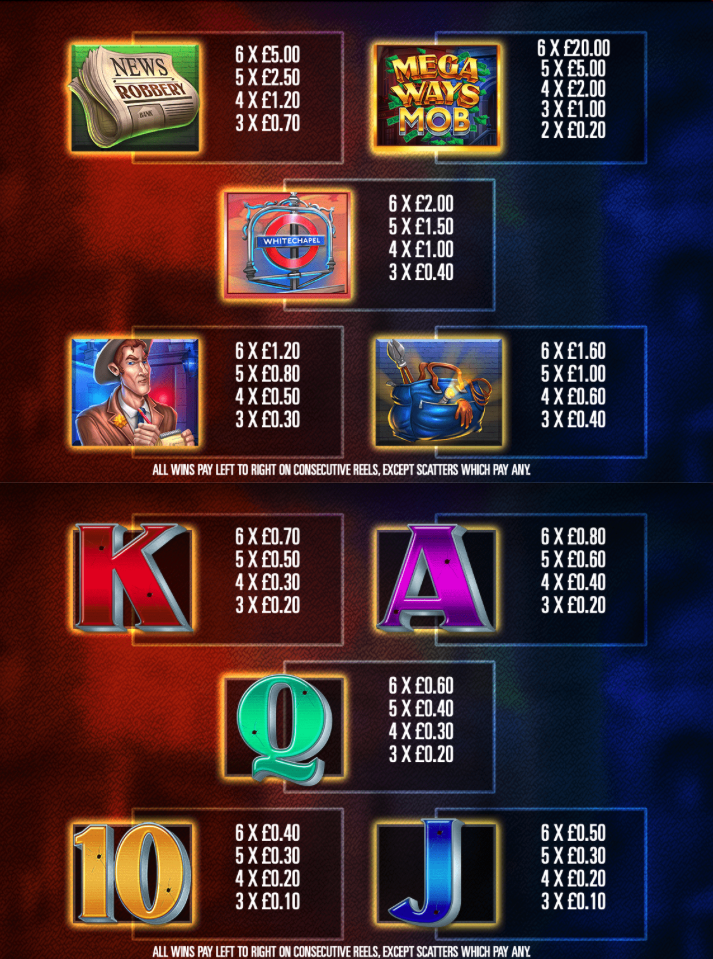 The setting is 1960s London and the name of this online slot is The Megaways Mob – it’s developed by Storm Gaming Technology and it narrates the plans bank robbery; aside from more than one hundred thousand paylines it tempts players with cascading reels, a picking round and themed free spins.

The Megaways Mob is a six reel slot with up to seven rows on each reel and a horizontal area above reels two to five which adds to the fun; there’s a maximum number of 117,649 paylines (or Megaways) available with seven rows on each reel. On either side of those reels we have a price station and a traditional pub.

High value symbols include the newspaper, the games’ logo, the Whitechapel tube sign, the detective and the bag of tools; 10, J, Q, K and A make up the lower values. The gun-wielding criminals are wild and the special symbols are the bank, the dynamite, the safe and the golden police badge.

Every symbol in a winning combination will disappear and be replaced by more falling in from above – this continues until there are no more wins and there’s a win multiplier which increments by 1x after every successful reaction.

Those golden police badges can appear after any spin and they’ll all transform into matching symbols, hopefully helping out with a win.

The safe only appears on the horizontal row above the reels but landing three or four there will award 8 or 12 free spins respectively; each scatter which lands during the spins will add another 4 spins.

This is a randomly occurring feature and you’ll see a little car chase animation after which sticks of dynamite will explode and remove all the royal symbols from view.

Three or more bank symbols anywhere in view will activate the picking feature and prompt the player to select one of the banks which pops up for a cash prize related to your stake.

Storm Gaming have various other Megaways slots which are fairly similar to The Megaways Mob and although we like the 1960s crime caper theme its rather low RTP of 94.80% in relation to those others is a bit of a downer. Still, it’s entertaining enough and good for a few spins.

The Megaways Mob is a crime-themed video slot from Storm Gaming Technology with six reels, up to seven rows and a potential 117,649 Megaways.

The Return To Player percentage for The Megaways Mob is 94.80%.

How To Win On The Megaways Mob?

Where can I play The Megaways Mob?