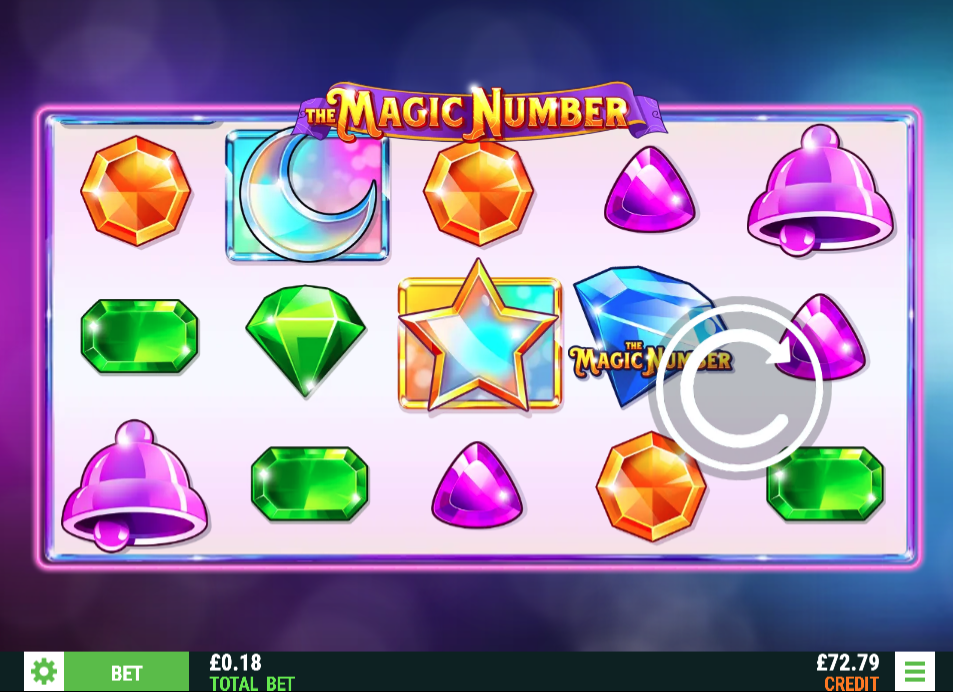 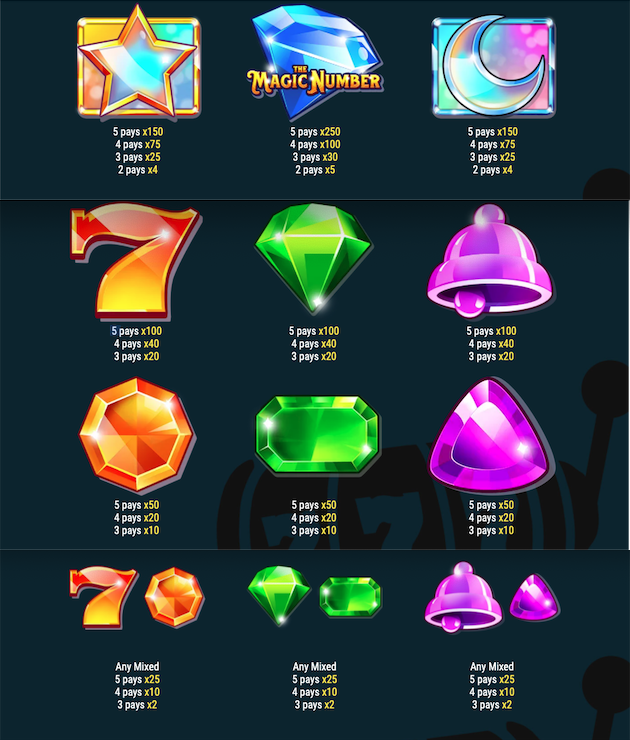 Brightly coloured gems take centre stage in this online slot from Intouch Games/Slot Factory – it’s called The Magic Number and it offers players the chance to win free spins and trigger the Magic Mini Reels in which you’ll not only get to win but you’ll also see what you could have won!

The Magic Number has five reels and just nine paylines and it comes with a colour scheme vivid enough to assault the senses; fortunately that sensory attack is ameliorated by the delicate soundtrack which accompanies the gameplay.

The higher value symbols include the star, the blue diamond and the crescent while the lower values are represented by orange sevens, purple bells, and gems in green, orange and purple; The ‘Wild’ is wild and the special symbols are the Free Spins and Bonus icons.

Landing at three, four or five of the Free Spins symbols anywhere in view will award 5, 10 or 15 free spins respectively and although there are no extra enhancements here more spins can be won in the same manner.

This is triggered by landing at least three of the heart-shaped Bonus symbols anywhere in view and you’ll be presented with three small sets of reels with differing volatilities and paylines:

You’ll receive any winnings from your chosen reel but you’ll also get to see what you would have won from one of the other reels.