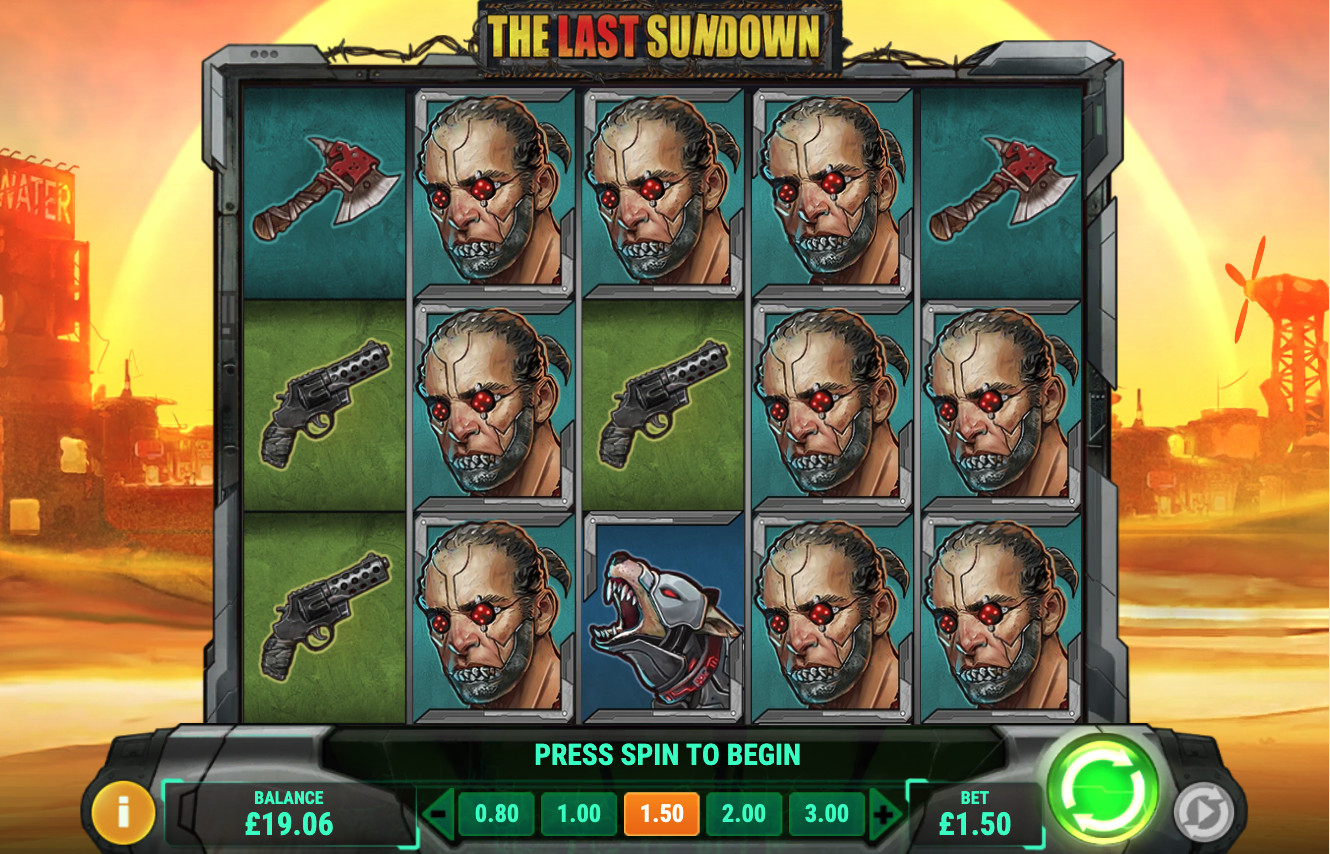 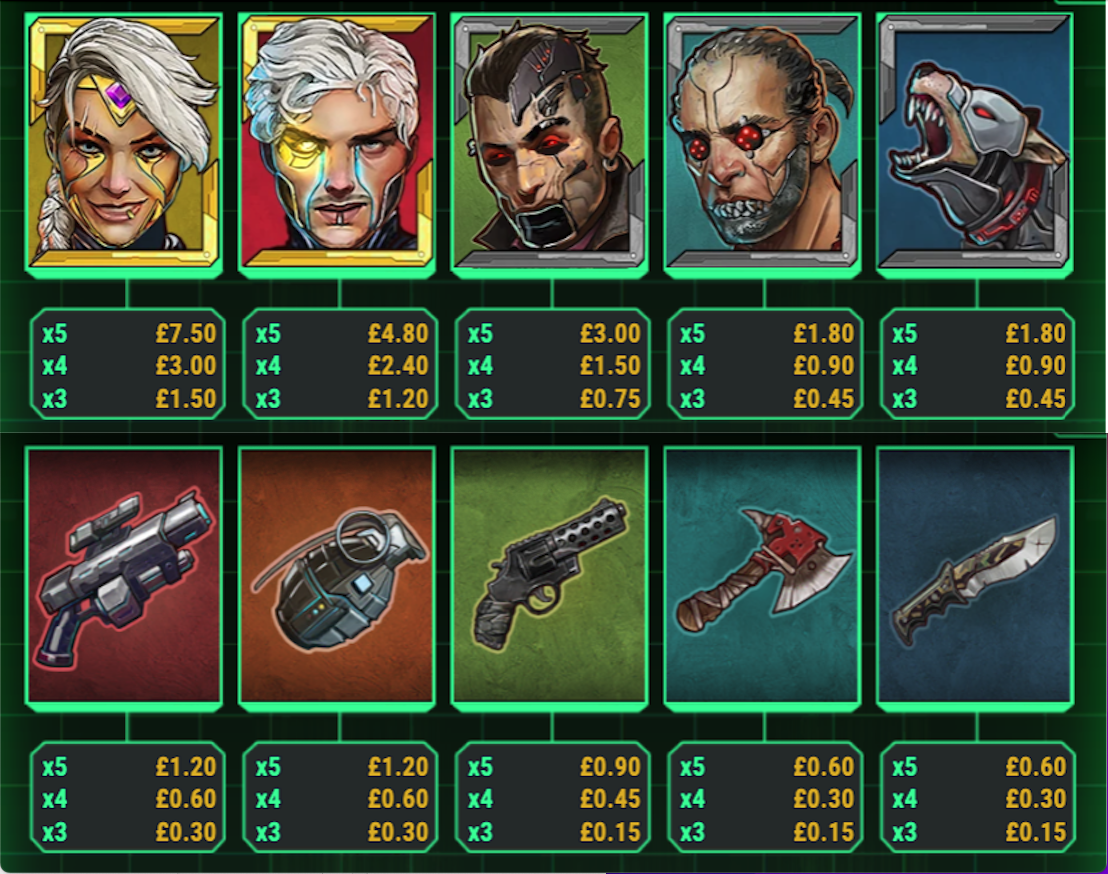 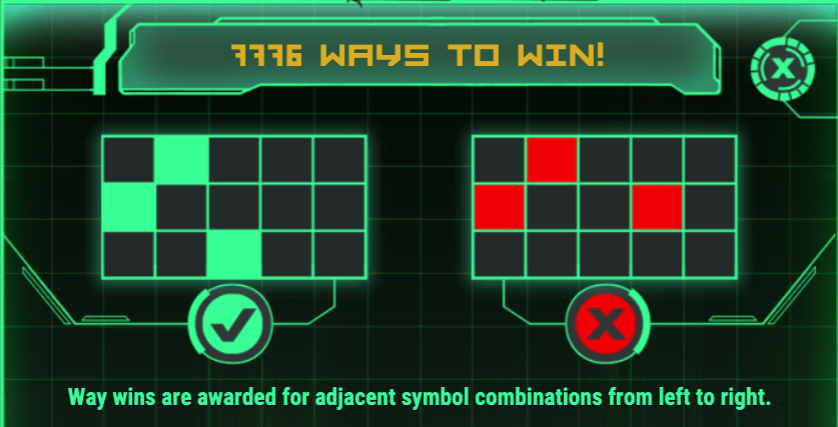 “It’s the end of the world. Literally.

Earth has become a wasteland and the fight to survive becomes increasingly tricky as resources are controlled by vicious warlords Tuco and Lauro.

Two resilient siblings, Rae and Devin, hatch a plan to overthrow them and reclaim resources in an attempt to hold off The Last Sundown.”

That’s the intro to this science fiction-themed online slot kindly provided by Play N Go which gets things off to a good start because we always enjoy a proper narrative as art of our gameplay – this release is called The Last Sundown and the heroes of this apocalyptic story are doing their best to save the world while tempting us with free spins and splitting symbols.

The scorching desert sets the scene for the industrial, metallic reels and this is a Mad Max-type environment where power and water production a re guarded fiercely by various factions.

The siblings Rae and Devin along with the warlords Tuco and Lauro plus the vicious-looking dog are the highest value regular symbols while the lower values are two different guns, a grenade, an axe and a knife. The glowing ‘W’ is wild and the heart-shaped medkit is the scatter symbol.

On every base game spin one of the symbols will be selected to split into two, prompting every matching symbol in view to do the same. The only which can’t split is the scatter. The more split symbols there are the more paylines are created – up to a maximum of 7776.

Landing at least three of the medkit scatter symbols anywhere in view will award eight free spins initially with any split symbols carried over; your task during this feature is to collect split symbols and you’ll need six per weapon, five per character and four wilds – each of which will award three extra spins. Those completed symbols will also stay split for the remaining spins.