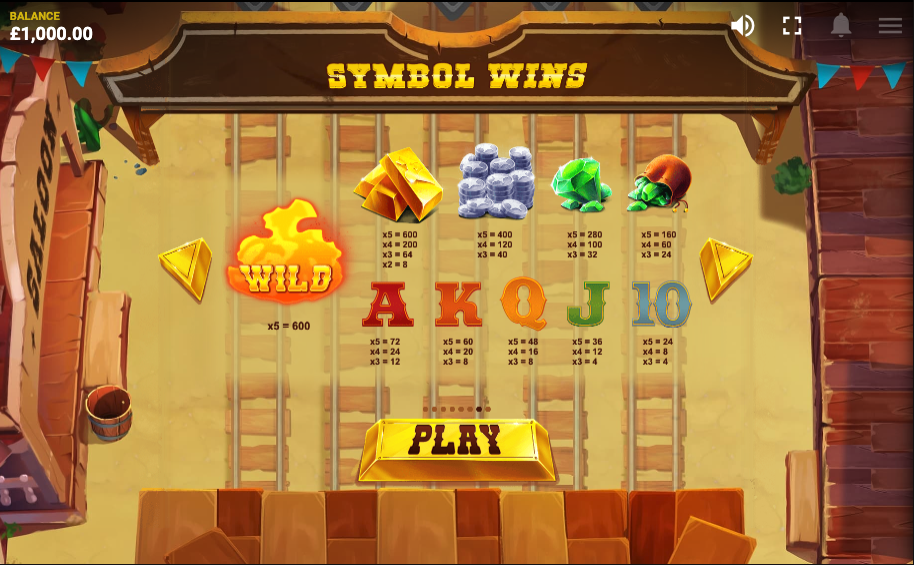 To avoid any confusion this online slot isn’t based on the 1963 Great Train Robbery but instead on a fictional heist in the Old West; it’s called The Greatest Train Robbery, it’s developed by Red Tiger Gaming and it comes with free spins and lots of base game features.

The Greatest Train Robbery is a five reel slot with four rows and forty fixed paylines; we have top down view of those reels which spin on the railway tracks, flanked on either side by rickety buildings and tumbleweed.

High value symbols comprise piles of gold bars, stacks of silver coins, a huge green gem and a bag of green gems; 10, J, Q, K and A make up the lower values.

The fire is wild and it will replace all standard symbols to help form winning combos; the safe is the bonus symbol.

The bandits are your friends in this game and they’ll run along beside the reels, sometimes chucking dynamite which will result in one of the following features:

This is triggered by landing three of the safe bonus symbols anywhere in reels one, three and five and each one will now reveal a number of free spins; the bandits appear regularly during this round, staying until the end and occasionally awarding extra free spins.

The Greatest Train Robbery offers good, clean fun based on violence and criminality and who can argue with that? The bandits provide most of the excitement but the free spins offer the best chance for bigger wins.