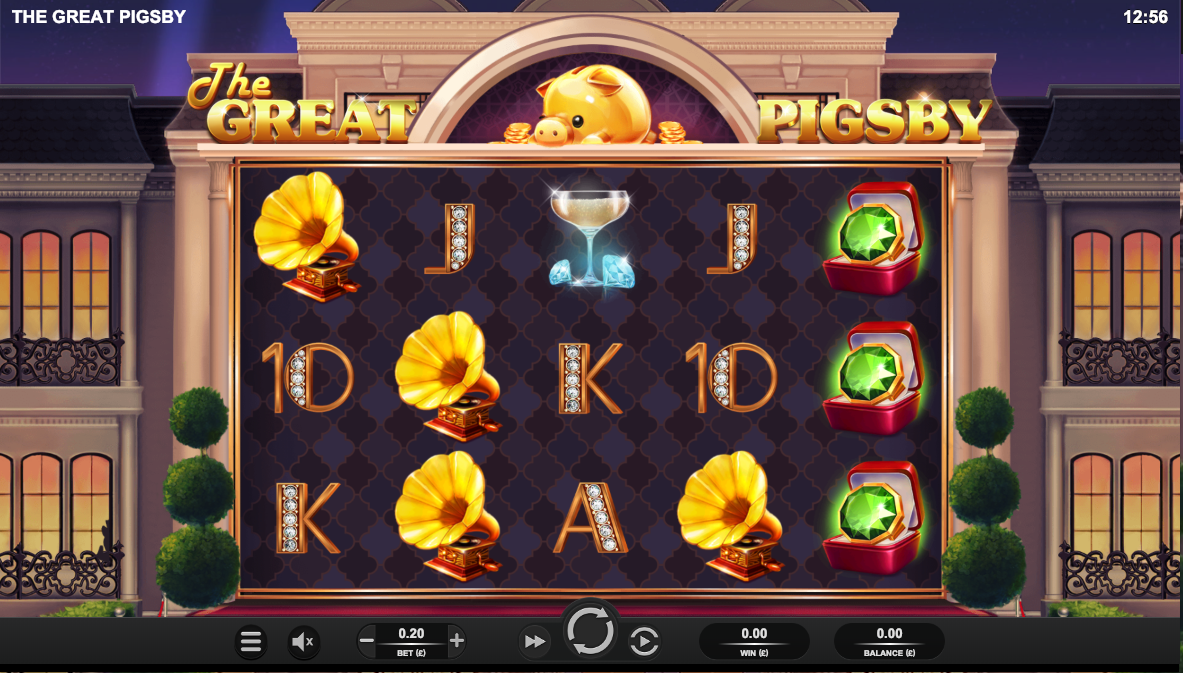 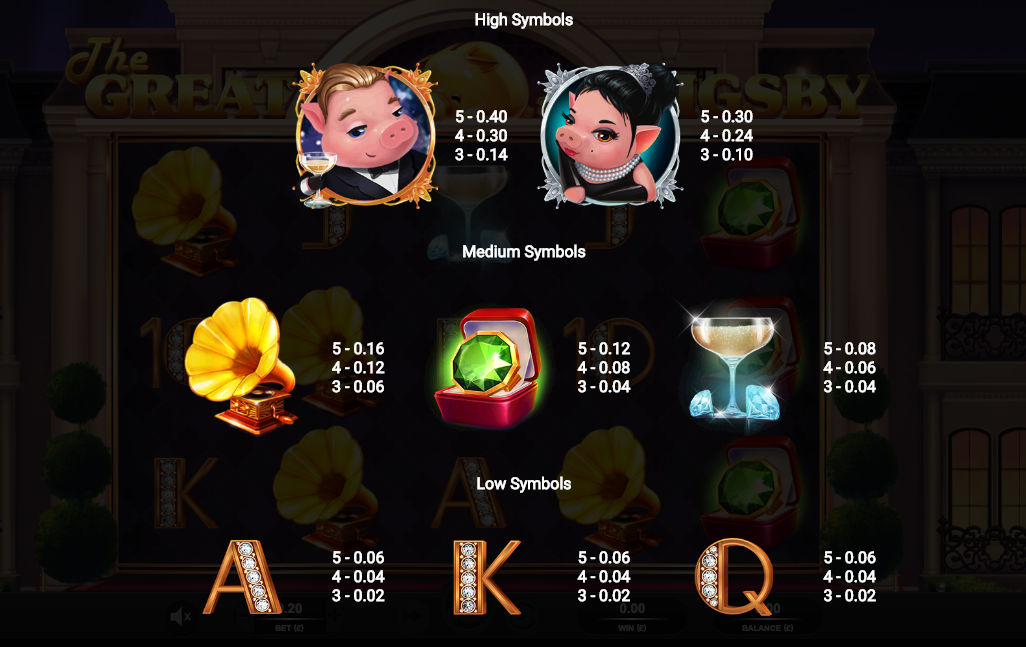 F. Scott Fitzgerald wrote one of the world’s great novels – The Great Gatsby – in 1925 and almost one hundred years later we have an online slot machine with a similar theme; it’s called The Great Pigsby, it’s developed by Relax Gaming and it comes with free spins and enhanced wild features.

The Great Pigsby is a five reel slot with three rows and 243 paylines; Pigsby’s huge mansion forms the backdrop to those reels and there’s one of the hosts famous parties going on if the cavorting pig guests are anything to go by.

The higher value symbols include Pigsby, a female pig, a gramophone player, a jade ring and a glass of champagne; 10, J, Q, K and A make up the lower values.

The wild is a gold coin which will expand to fill all positions on its reel; it will substitute for all others to help form winning combinations. It also has a part to play in the feature which we’ll explain below.

This can occur on any spins and more higher value symbols will be placed on the reels to give a better chance of a bigger win.

Each wild symbol which lands (and expands) is collected in the piggy bank above the reels and each time this occurs there’s a chance that one of the following two features may be triggered:

We don’t know what F. Scott Fitzgerald would have made of this game but we lie it – it’s colourful, lively and comes with a wild feature which promises easy access to the free spins round.