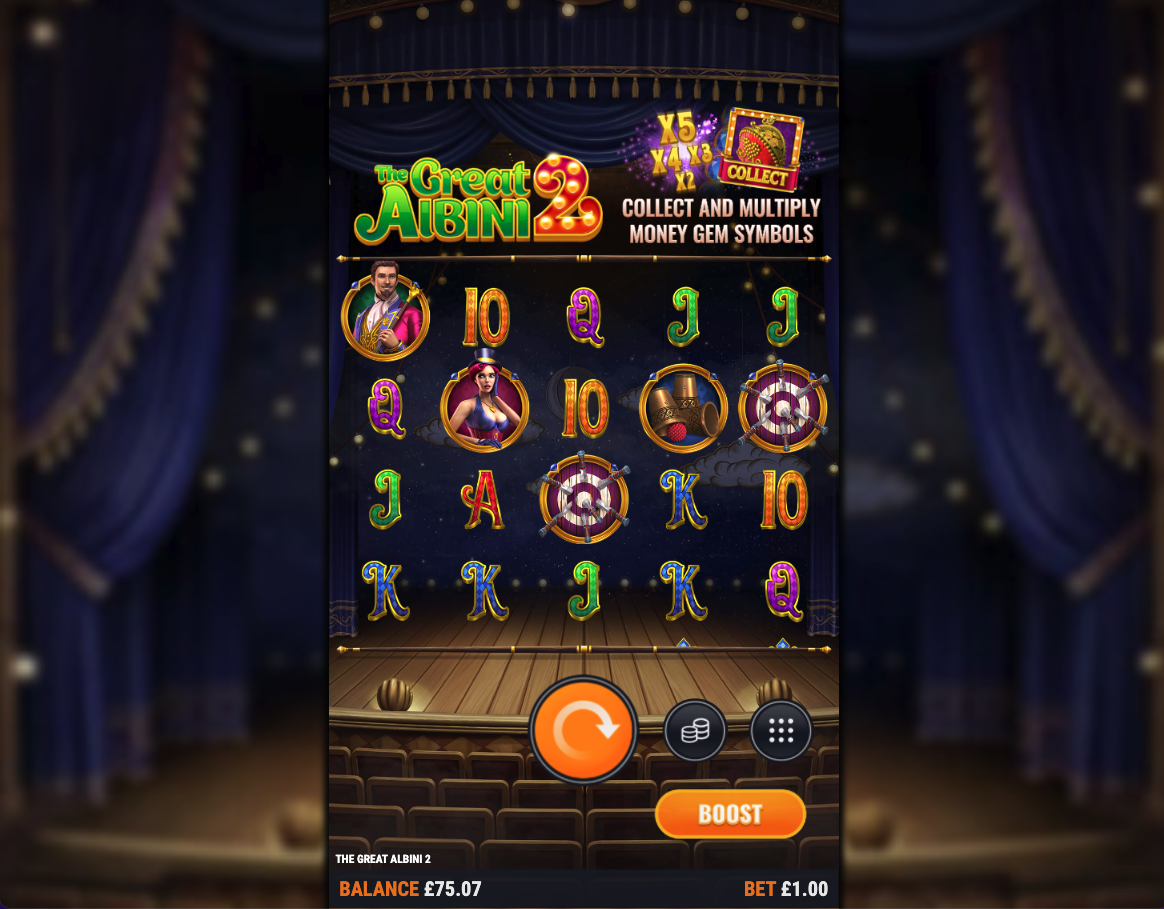 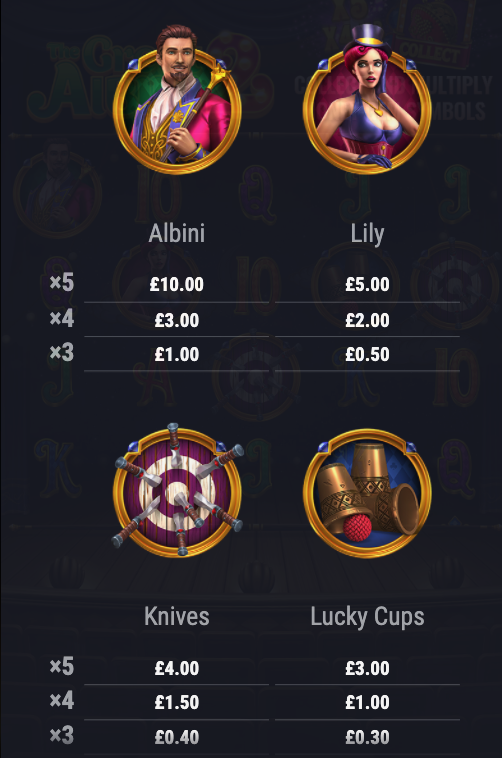 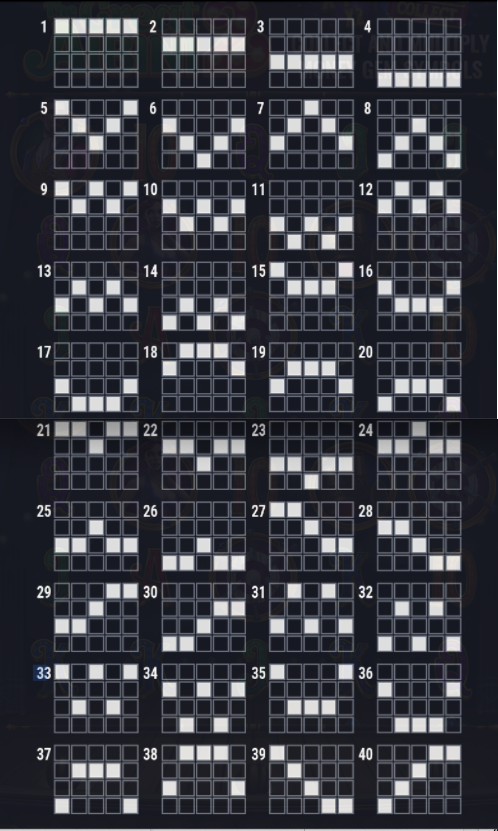 All hail the return of The Great Albini and his glamorous partner Lili who have returned to the spinning reels following their previous magical performance in the original online slot from Foxium; The Great Albini 2 isn’t just more of the same and this time there are multiplier gems to collect and the main bonus feature which can award the Grand Prize of 20,000x the stake.

The Great Albini 2 has five reels and forty paylines and it looks to be set in the same hall as its predecessor in which blue curtains hemmed with gold braid hang over the wooden stage.

The four higher values are Albini, Lili, throwing knives and some cups/balls; 10, J, Q, K and A represent the lower values. The golden ‘W’ is wild and the special symbols are the scatter, the gems and the ‘Collect’.

Blue, violet and red Money Gems can appear on reels one to four and they can increase any wins by various multiplier amounts:

Also look out for the ‘Collect’ symbol on reel five because it will will award the multiplier values of all gems in view when it lands. The Collect can also include a multiplier of up to 5x itself.

Landing three of the scatter symbols on reels two, three and four will kick this round off with an initial three respins on a set of reels which includes gems, Albini and Lili. These symbols will reset the number of spins to three and produce the following results:

If you can fill all positions on the reels with gems the Grand Prize of 20,000x will be awarded.

Click the ‘Boost’ button and your bet will be increased by 50% but you’ll also see more gems and ‘Collect’s in the base game along with more Alibinis and Lilis in the bonus feature.