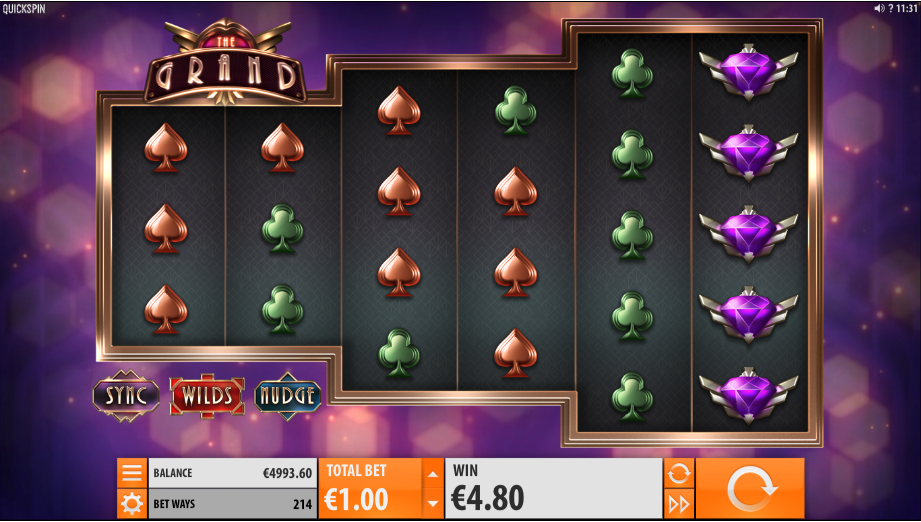 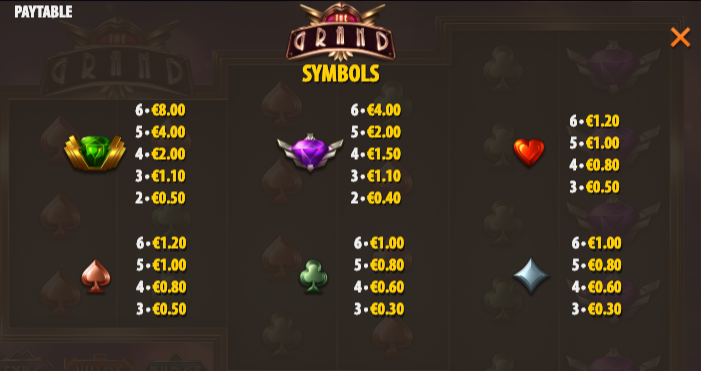 There’s a touch of early 20th century Art Deco about this online slot from Quickspin which seems to place us in a glamourous hotel called The Grand; its unusual reel structure hides a multitude of bonus features in the base game and beyond.

The Grand is a six reel slot with variable rows and two hundred and fourteen paylines; there’s a gentle piano soundtrack to accompany your gameplay which plays out on a stylish set of reels against a hazy, multicolour backdrop.

The wild is in gold on a red background and it will replace all others to help form winning combos except for the Free Spins and Bonus symbols.

The following three mini-bonuses can be triggered at any point during the base game:

This is triggered by landing three, four, five or six of the Free Spins symbols anywhere in view for which you will receive 6, 9, 12, or 15 free spins respectively; during this round you’ll be on the lookout for three Bonus symbols landing on reels three, four and five – this triggered the Grandomizer which will award up to three extra spins, along with either Sync, Wilds or Nudge which will then remain active until the round ends. Luckier players can activate all three at once.

The Art Deco design of The Grand is the icing on the cake for this superb slot which offers a great range of base game features along with an enhanced free spins round – this is definitely one to check out.