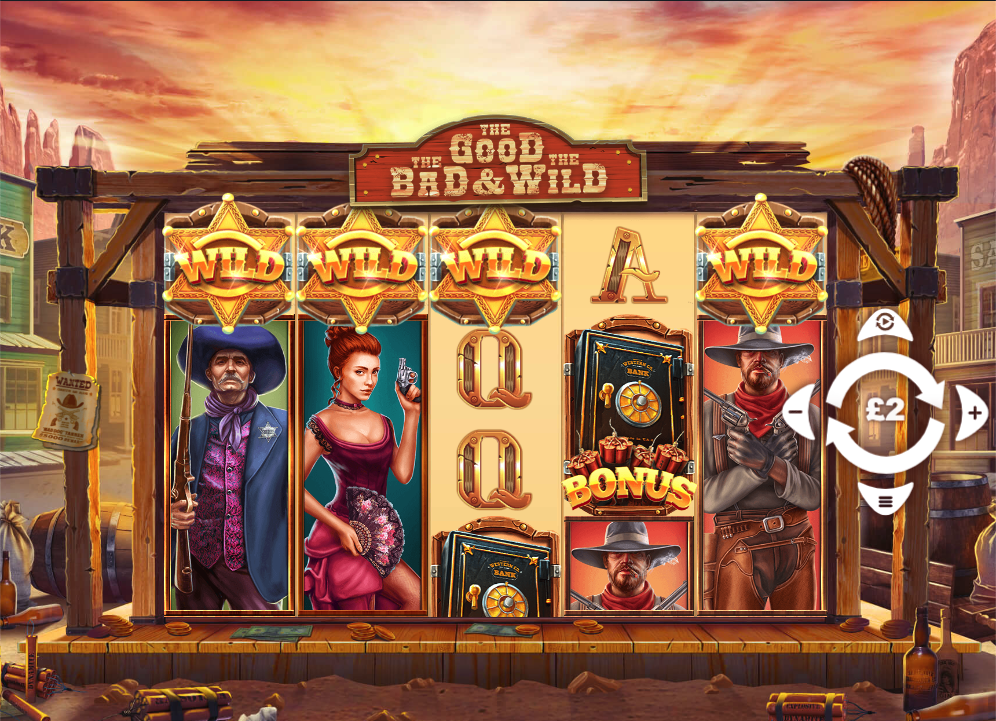 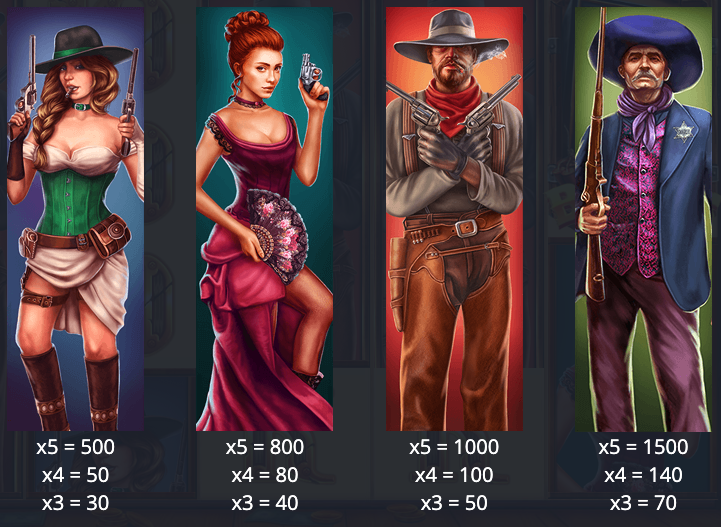 Saddle up your horse, light up a low quality cigar and head out into the sunset to join us as we try out this Sergio Leone-inspired online slot from Pariplay; it’s called The Good, The Bad & The Wild and the aim is to rob the bank to unlock one of the features hidden within.

The Good, The Bad & The Wild is a five reel slot with four rows and forty fixed paylines; those reels spin on a wooden structure embedded in the dirt which forms the main street through this rickety town, wedged in between two cliffs.

The high value symbols include the three characters from this story – the cowboy, the sheriff and the gun-wielding girls – and they can all appear stacked on the reels; 10, J, Q, K and A make up the lower values. The sheriff’s badge is wild and it will replace all standard symbols to help make winning combos; the safe is the bonus symbol.

The Good, The Bad & The Wild Bonus Features

Landing at least three of the safe bonus symbols anywhere in view will kick off ths Bank Robbery feature and a wheel will now spin which will award one of the following features:

In the base game up to twenty wild symbols can be added to the reels in random locations.

The Good, The Bad & The Wild is a entertaining tribute to the film on which it’s based and the Old West atmosphere is complemented by some top notch graphics and animations along with an entertaining main feature.